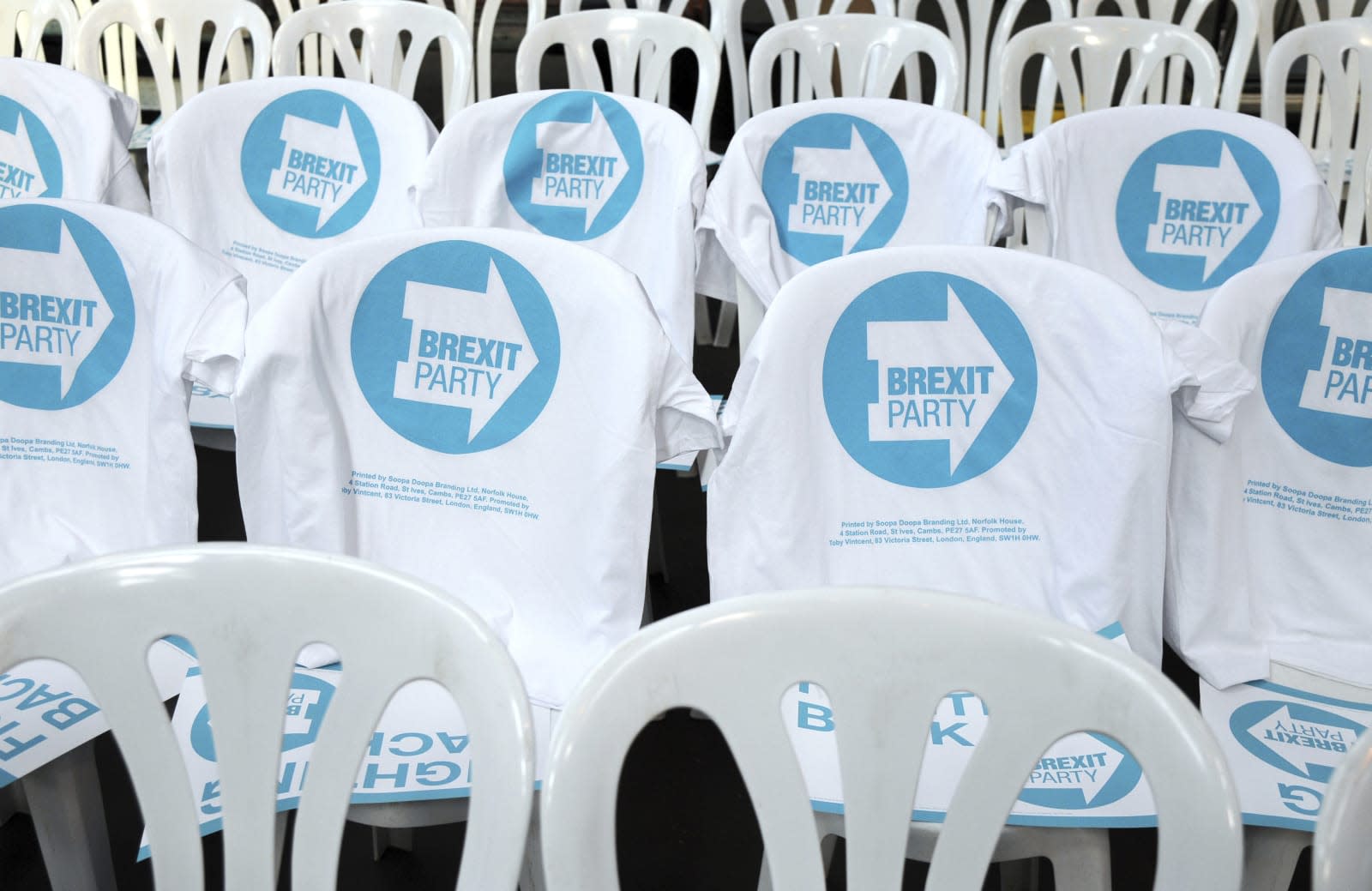 It's not shocking to see Twitter bots latch on to a political campaign, but it's not often they do so soon after a campaign starts -- let alone on a large scale. That appears to be the case with the UK's Brexit Party, however. The no-deal EU withdrawal party is only a few months old, but researchers talking to BuzzFeed News found that many of its Twitter accounts are networks of bots and other inauthentic users. The exact amount isn't clear, but F-Secure's Andy Patel noted that over 8,800 users -- roughly 7 percent of the party's Twitter base -- were both recently recreated and disproportionately responsible for retweeting party material.

Some of these accounts have been producing massive volumes of tweets focused on Brexit, and clearly in unrealistic amounts. One tweeted 823 times in the space of a day. Some are new, while others are from outside the UK. Regardless of behavior, the surge of new followers for the party suggested "inorganic" behavior.

Just who is behind the accounts isn't clear. It could be "astroturfing" where organizers or supporters artificially inflate follower counts and messages to make the party seem more popular than it is. However, it could also represent an outside influence campaign trying the familiar tactic of stoking political tensions to weaken the country's resolve. A spokesperson claimed the party didn't have any more control over individuals creating accounts than it did "the weather," but that didn't address concerns about highly automated account creation or buying legions of fake followers.

Twitter has banned at least seven of the suspicious accounts, and a spokesperson maintained that the social network would "robustly enforce" its policies. There are anti-abuse measures Twitter is taking that the researchers can't see, the representative added. However, BuzzFeed understood that Twitter hadn't found evidence of a coordinated plot and didn't consider the Brexit debate to be a major problem. There's something questionable happening, though, and this at least suggests that it's good to be wary when politically motivated groups enjoy a sudden rush of popularity on social networks.

In this article: astroturfing, bot, bots, brexit, brexit party, gear, internet, nigel farage, politics, social network, social networking, twitter, uk
All products recommended by Engadget are selected by our editorial team, independent of our parent company. Some of our stories include affiliate links. If you buy something through one of these links, we may earn an affiliate commission.
Share
Tweet
Share