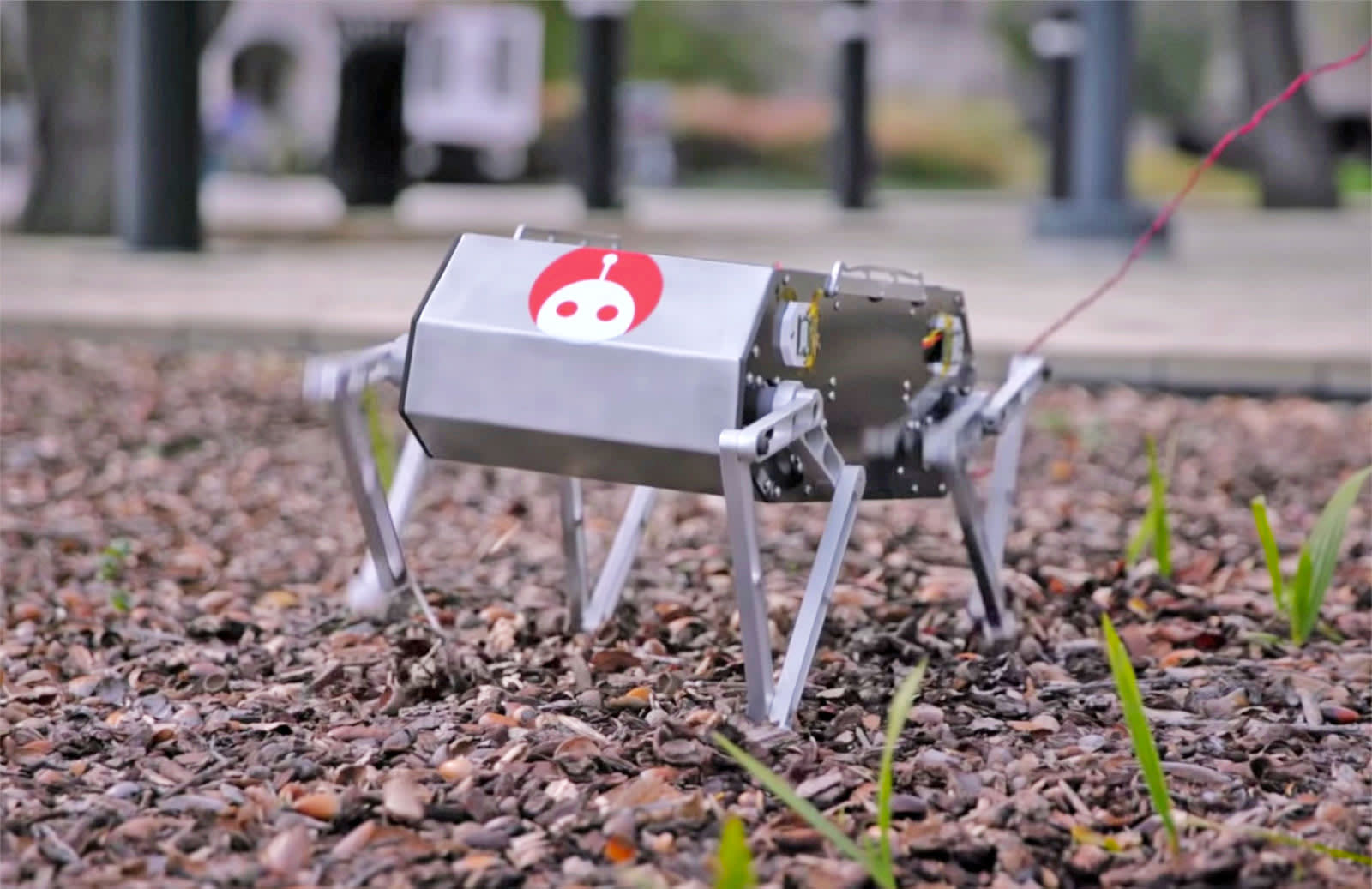 Robots with dog-like talents are nothing new, but it's not exactly practical to buy one that can do more than the basics. The new Aibo is cute, for instance, but not very athletic. A group of Stanford students might have a better solution. They've created Doggo, a four-legged bot that can dance, backflip, jump and trot without requiring exotic hardware. The mechanical canine is made of readily available supplies that achieve the intended acrobatics at minimal cost -- less than $3,000. Instead of using springs to bounce around, it uses force-sensing external motors that continuously determine the levels of force and torque needed for each movement. If the robot's ever out of position, the motors are ready to counteract.

It's tiny, but it's also more powerful than you might think. As it's both very light and dense, it can jump as high as 3.5 feet in the air.

This isn't the most sophisticated robot. It requires manual control, and it's not about to hold the door for you. The relatively affordable off-the-shelf parts make it far more accessible than other projects, though. And more importantly, it's open source. Anyone with enough engineering know-how could expand on what Doggo offers, whether they want to make a courier robot or a social companion. At the least, this shows that you don't need a well-funded tech company or a huge research grant to produce an athletic robot of your own.

In this article: biomimicry, doggo, gear, open source, robot, robots, stanford, stanford university, tomorrow, video
All products recommended by Engadget are selected by our editorial team, independent of our parent company. Some of our stories include affiliate links. If you buy something through one of these links, we may earn an affiliate commission.