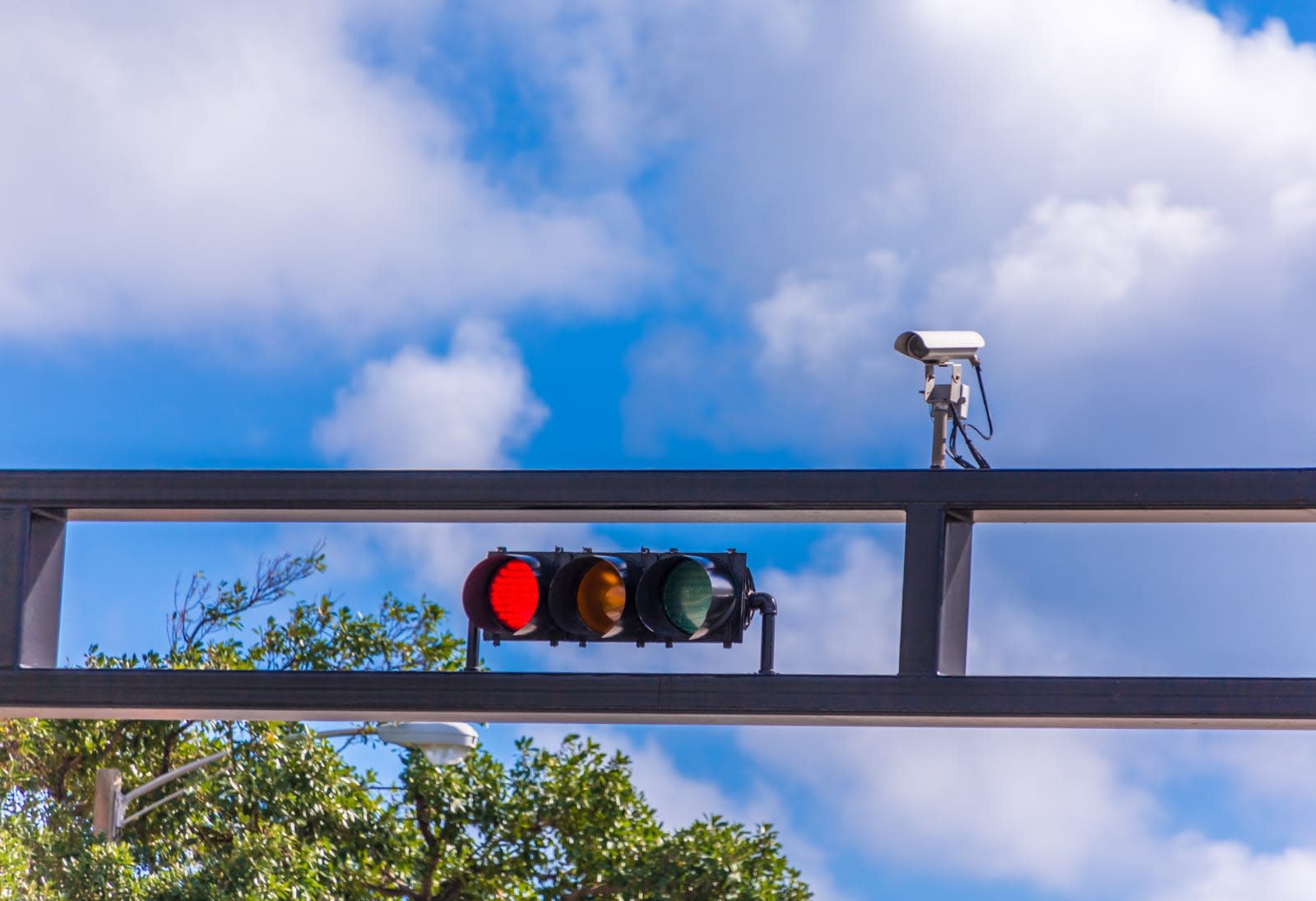 Texas is set to become the 11th state in the country to ban the use of red light cameras. The Dallas News reported the state Senate passed a bill that would outlaw the devices designed to catch drivers speeding through red lights by a 23 to eight vote last week. It now awaits the signature of Republican Governor Greg Abbott, who is expected to sign the bill into law. Abbott campaigned on ditching the cameras last year as he ran for re-election.

In theory, red light cameras are designed to prevent people from blowing through traffic stops. To accomplish that, the cameras flag when a driver runs a red light, processes their license plate and mails them a citation. In practice, the results aren't so cut and dry. While the cameras do a decent job preventing some crashes, like cars getting t-boned at an intersection. However, they often lead to other types of issues. A number of studies have found the cameras lead to an increase in rear-end collisions.

While red light cameras present murky and debatable safety benefits, they have proven to be profit centers for cities that use them. Officials in Chicago and Fremont, California both came under fire in recent years for shortening the time of yellow lights to trigger more citations as people are given less time to stop at quickly changing lights. Some drivers have pushed back against the cameras, calling into question their legality and criticizing them as little more than schemes to generate money. Texas expects to lose between $22 and $28 million in revenue over the next two years from ending the red light camera program.

In this article: gear, Greg Abbott, politics, privacy, red light, red light camera, red light cameras, texas, traffic cameras, transportation
All products recommended by Engadget are selected by our editorial team, independent of our parent company. Some of our stories include affiliate links. If you buy something through one of these links, we may earn an affiliate commission.