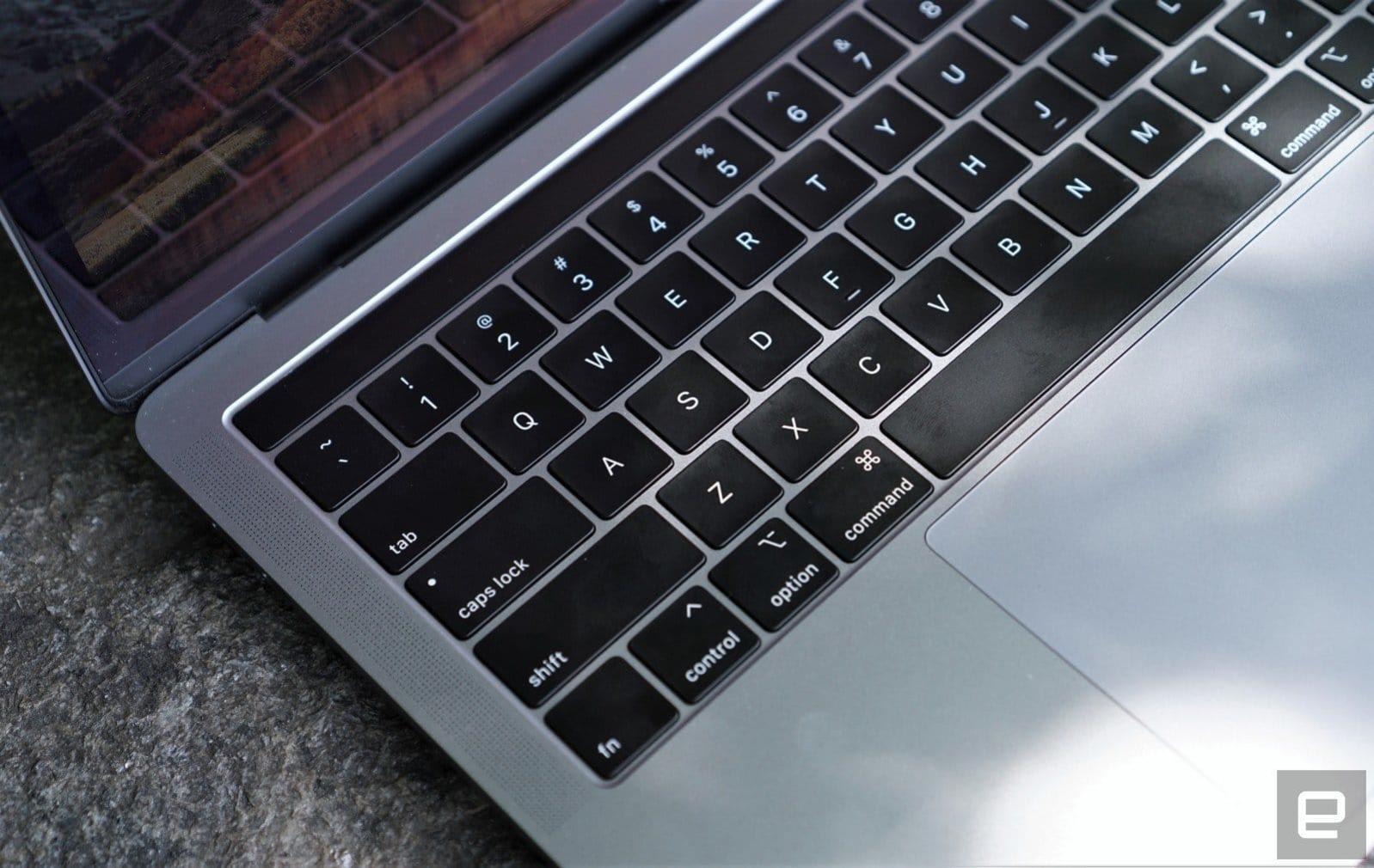 The MacBook Pro is getting an upgrade today and yes, it's the upgrade you've been waiting for. After acknowledging problems with the "butterfly" mechanism in its MacBook keyboards and later offering next-day repairs, the company is now attempting to address the underlying design. For over a year, users have been complaining about stuck and unresponsive keys, with the outcry culminating in a March Wall Street Journal column that was published without certain letters, as if written on a stuck butterfly keyboard. It was for that story that Apple finally issued a statement acknowledging the problem. The following month it began offering next-day keyboard repairs.

Now, Apple says it's using different materials in the keyboard mechanism, which it hopes will address these complaints. Additionally, the company is extending the standard one-year warranty for keyboard issues that would normally be covered by the care plan. So, even if your one year is up, you still qualify for keyboard repairs as if you were still in-warranty.

Of note, this isn't the first time Apple has tweaked its Butterfly keyboard to address user complaints. Last year's refresh quietly added a membrane meant to keep debris from working its way in. Here's hoping the fix that Apple announced today actually does the trick.

In addition to that revised keyboard design, Apple announced some CPU upgrades today, with the 15-inch MacBook Pro receiving an eight-core processor option for the first time. The $2,799 configuration of the 15-inch model will come standard with an eight-core, Core i9 processor offering base speeds of 2.3GHz (up to 4.8 GHz with Turbo Boost).

In this article: apple, gear, keyboard, macbook pro, macbookpro, personal computing, personalcomputing, thebuyersguide
All products recommended by Engadget are selected by our editorial team, independent of our parent company. Some of our stories include affiliate links. If you buy something through one of these links, we may earn an affiliate commission.