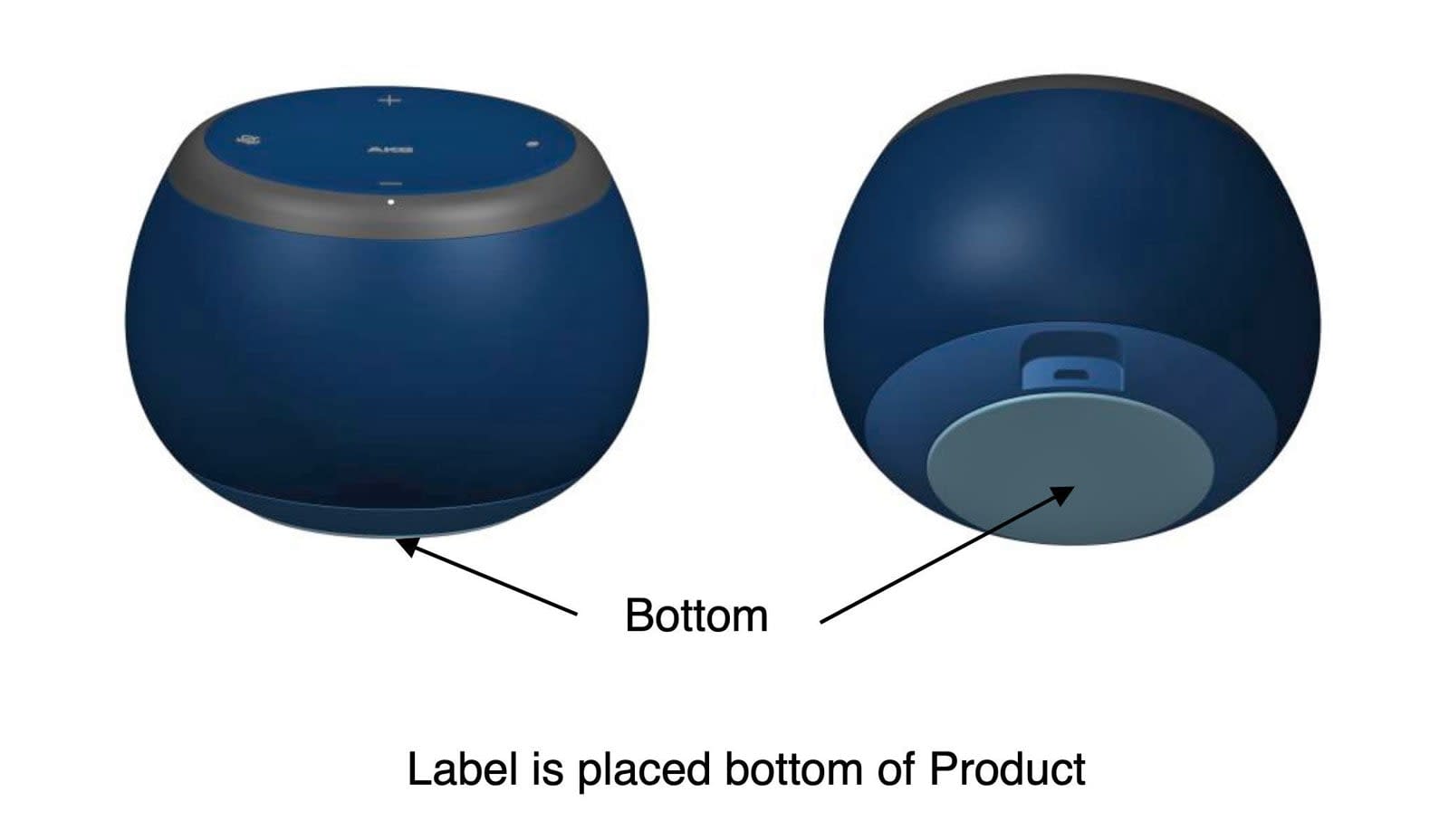 The Galaxy Home smart speaker hasn't hit stores yet, but that hasn't stopped Samsung from working on a miniature version of the Bixby-powered device. As spotted by CNET, a smaller version of the Galaxy Home was revealed in an FCC filing released on Tuesday. The "mini" will use Bluetooth 4.2, which may disappoint Samsung Galaxy S8 owners who are used to the newer Bluetooth 5.0 standard on their phones. Also notable is that the smaller Galaxy Home connects by micro USB, instead of the USB-C which has become standard on most new devices.

Not much else is known about the Galaxy Home mini as Samsung requested that the FCC keep most photos of the device and the user manual confidential for six months. We do get a sneak peek of the speaker from the FCC filing.

A look at the top of the Galaxy Home mini reveals volume buttons, a power button and an AKG label, which is Samsung's audio brand. Given that both Amazon and Google sell smaller, cheaper versions of their flagship smart speakers, it's no surprise that Samsung wants to do the same. There's no word on when the Galaxy Home or its smaller counterpart will arrive, and Samsung did not respond immediately to a request from Engadget for comment. But the fact that the miniature Samsung speaker is passing through FCC testing means the release date is likely in the near future. Samsung originally promised an April launch for the Galaxy Home, but it was pushed back to "sometime in the first half of 2019," according to the company.

In this article: bluetooth, gadgetry, gadgets, gear, samsung, samsung galaxy, samsung galaxy home, smart speakers
All products recommended by Engadget are selected by our editorial team, independent of our parent company. Some of our stories include affiliate links. If you buy something through one of these links, we may earn an affiliate commission.