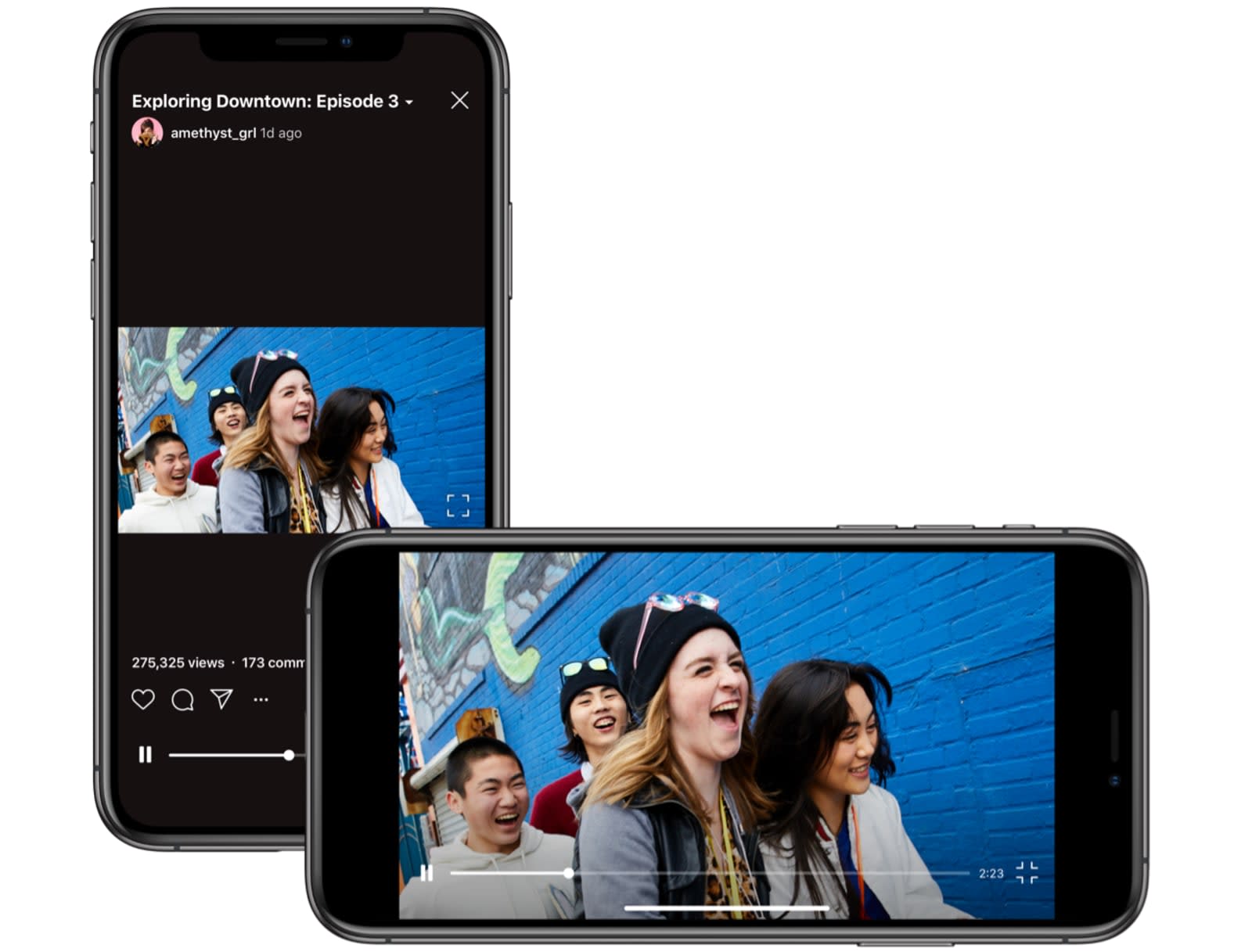 Instagram's video platform, IGTV, will now feature videos in landscape view along with its traditional portrait format. The addition of horizontal videos isn't just a new feature for IGTV -- it's a shift in the product's original purpose. The company originally hoped that sticking to a vertical, hard-to-reuse format would force creators to come up with new content just for the app rather than just repost YouTube videos.

"We've heard from creators who want to upload landscape videos for IGTV. Similarly, we've heard from viewers who come across landscape videos in IGTV but want to watch them in a more natural way," wrote Instagram in a press release announcing the feature. For those of you unfamiliar with Instagram's standalone, long-form video platform, you're not alone. IGTV launched in 2016 and was promptly forgotten, only attracting a fraction of the success of Instagram Stories. According to Sensor Tower, the IGTV app has just 4.2 million installs.

But Instagram is now trying to keep IGTV from being lost in the shuffle. Back in February, IGTV clips started showing up on user's Instagram feeds. It's a development that, along with the litany of advertisements, Stories and suggested hashtags only adds to Instagram's clutter. The social site that once stood out for its simplicity -- a straightforward feed of uniform, square photos from friends -- is now something far busier and less personal. While embracing horizontal view might make IGTV more palatable for video creators, the move will likely just add to the deluge of content on an already crowded app.

In this article: entertainment, igtv, instagram, instagram stories, instagram video, internet, mobile
All products recommended by Engadget are selected by our editorial team, independent of our parent company. Some of our stories include affiliate links. If you buy something through one of these links, we may earn an affiliate commission.