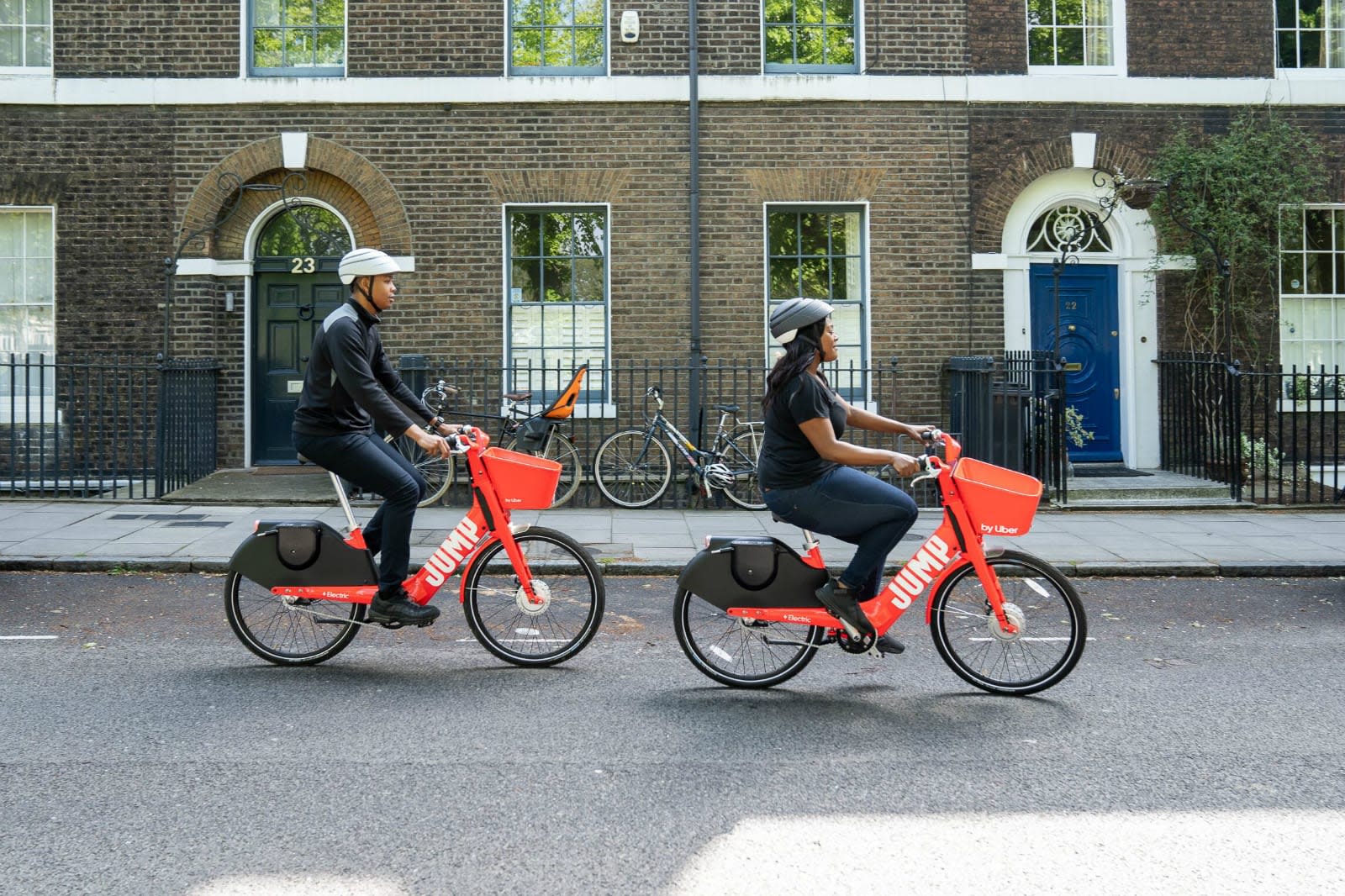 Londoners have seen multiple bikeshare companies come and go -- including ofo, oBike and Urbo. When Lime introduced its e-bikes in December, it seemed like the tide could be changing. Now, Uber's Jump will give it a go. As part of a pilot program, Uber dropped 350 of its bright red, dockless electric-assisted bikes in Islington today.

Until Lime arrived, most of London's bikeshare competitors were smaller companies. Now that Uber is getting in the game, there's another large-scale player, and it can rival Lime in terms of pricing and scale. The new Jump fleet will cost £1 to unlock and £0.12 per minute, with your first five minutes free. Lime's bikes initially cost £1 to unlock and an additional £0.15 per minute of riding time. As of December, Lime had 1,000 e-bikes on the streets of the capital -- significantly more than Jump has at the moment. It's unclear how long Uber plans to run the pilot or when we might see more red e-bikes zipping around the city.

This also comes less than a month after Uber added London's public transportation info to its app. With the addition of Jump, users can see ridesharing, transit and bike sharing options in one place. That raises the question of whether Uber wants to become London's one-stop-shop for all modes of transportation. In Denver, the company recently introduced the ability to purchase public transit tickets in the app, and as we've speculated before, it may try to do the same in London.

In this article: BikeSharing, boris bikes, e-bike, gear, green, islington, jump, london, pilot, transportation, uber
All products recommended by Engadget are selected by our editorial team, independent of our parent company. Some of our stories include affiliate links. If you buy something through one of these links, we may earn an affiliate commission.