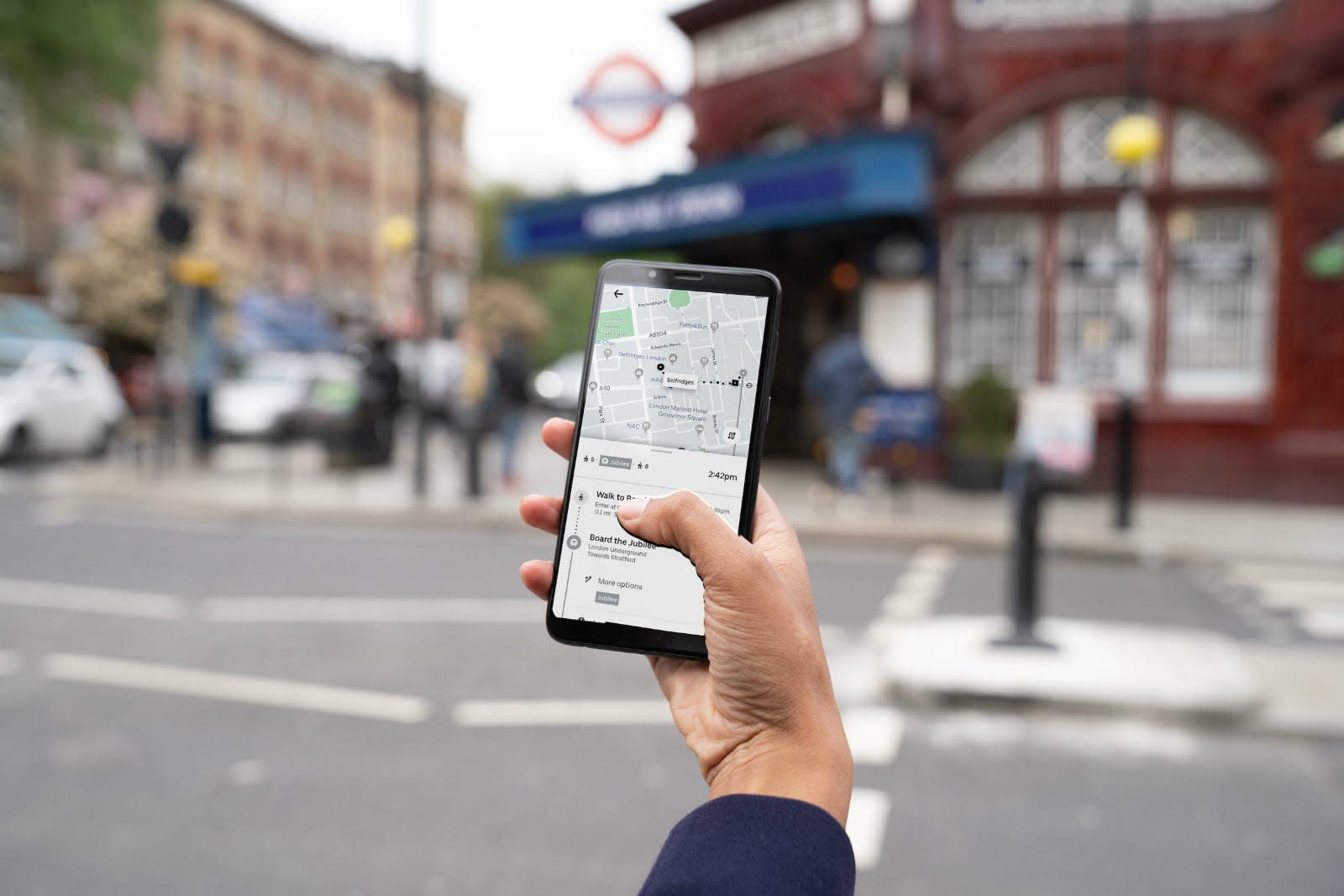 Londoners can now compare their public transport and ridesharing options in the Uber app. Tuesday, the company added real-time Underground, bus, train and Docklands Light Railway (DLR) info to a new "Public Transport" feature, which appears next to the UberX and UberPool options. When users search a destination, the app now generates a list of the fastest public transit routes, real-time schedules and walking directions to and from stations or bus stops.

At the same time, Uber is planning to bring its electric JUMP bicycles to cities across Europe. As we saw in San Francisco, the bike service can cut into car rides. But Uber doesn't seem concerned that the added transport options will deter ridesharing customers. "This is central to Uber's efforts to reduce private car ownership, clean up London's air and make the city a healthier place to live," the company said in a press release.

In January, Uber brought a similar public transportation feature to its app in Denver. We were told then that the company was partnering with other agencies and making it easier to integrate public transit info. There's a good chance London and Denver are just two of several cities where Uber will attempt to become an all-encompassing transportation app.

In this article: app, bus, dlr, gear, london, public transit, public transportation, train, transportation, uber, underground
All products recommended by Engadget are selected by our editorial team, independent of our parent company. Some of our stories include affiliate links. If you buy something through one of these links, we may earn an affiliate commission.