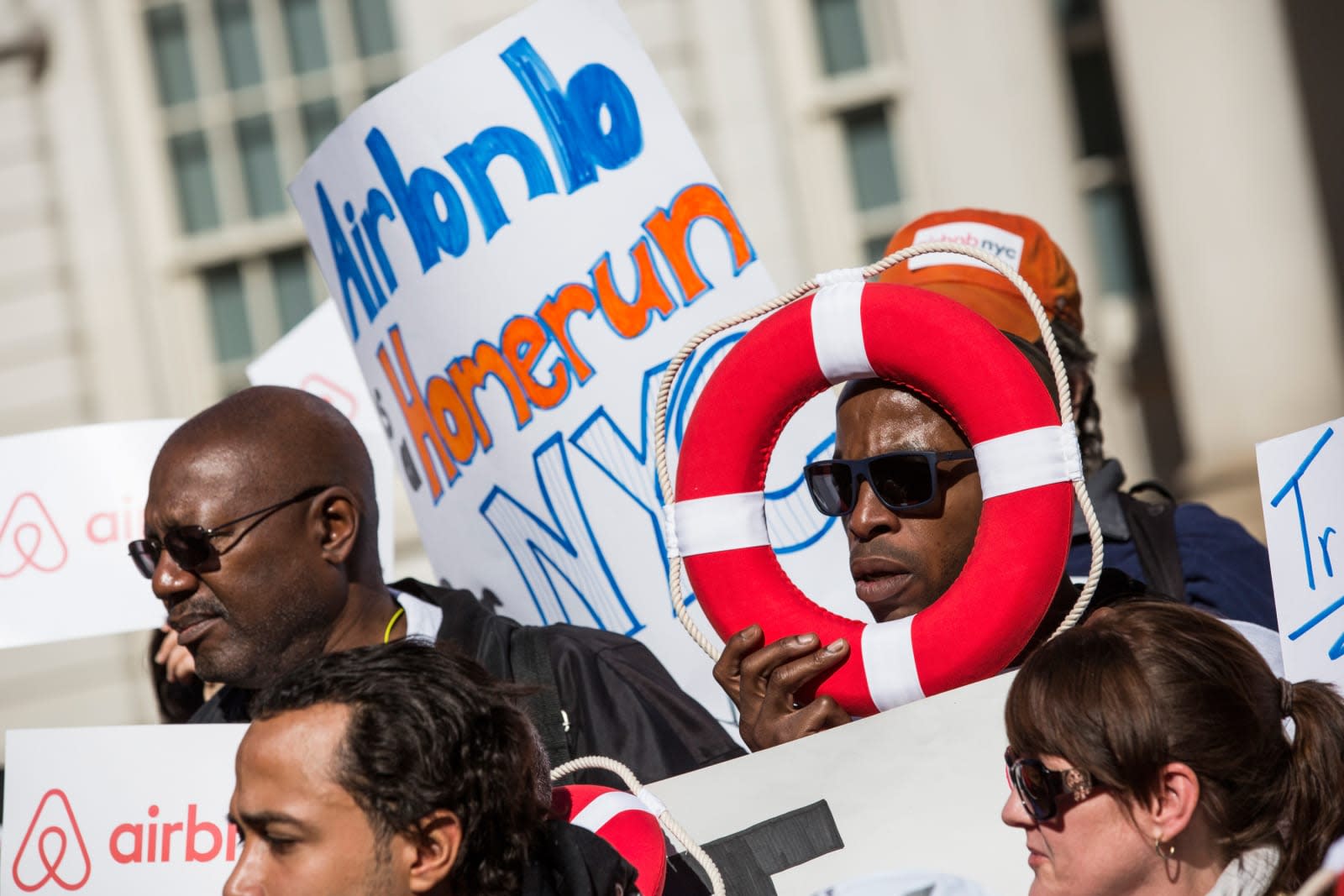 Airbnb and New York City are inching closer to making peace over data sharing. To start, the home rental outfit has reached an agreement to hand over semi-anonymized host and reservation data for over 17,000 listings in the city. It's also providing data for every NYC listing rented between January 1st, 2018 and February 18th, 2019 that might have violated the city's short-term rental laws.

Some of the company's data transfers won't be completely voluntary. Separate from the agreement, a judge has ordered Airbnb to comply with subpoenas by providing detailed info for "dozens" of hosts and "hundreds" of guests who've either listed or stayed in over a dozen buildings in three boroughs over the past seven years. The data includes sensitive material like names and addresses, bank account details and reservation histories.

An Airbnb representative told Wired that the company hoped that honoring the subpoenas was a "first step" toward city regulations that were in line with its rights and obligations. It also claimed this "reinforces" privacy concerns by having the city show the court why it needed more detailed information. The company had previously characterized the subpoenas as "overbroad and unduly burdensome."

The two transfers don't represent a definitive end to the quarrel between Airbnb and NYC, but they could have a significant influence on how the city treats home rental services. The metropolis has long been concerned that Airbnb and similar services exacerbate housing issues by letting tenants and landlords turn apartments into makeshift hotel rooms, denying permanent residents a place to stay. Airbnb's info could help NYC determine the scale of this practice and prosecute offenders.

In this article: agreement, airbnb, gear, internet, new york city, nyc, politics, rentals, services, travel
All products recommended by Engadget are selected by our editorial team, independent of our parent company. Some of our stories include affiliate links. If you buy something through one of these links, we may earn an affiliate commission.