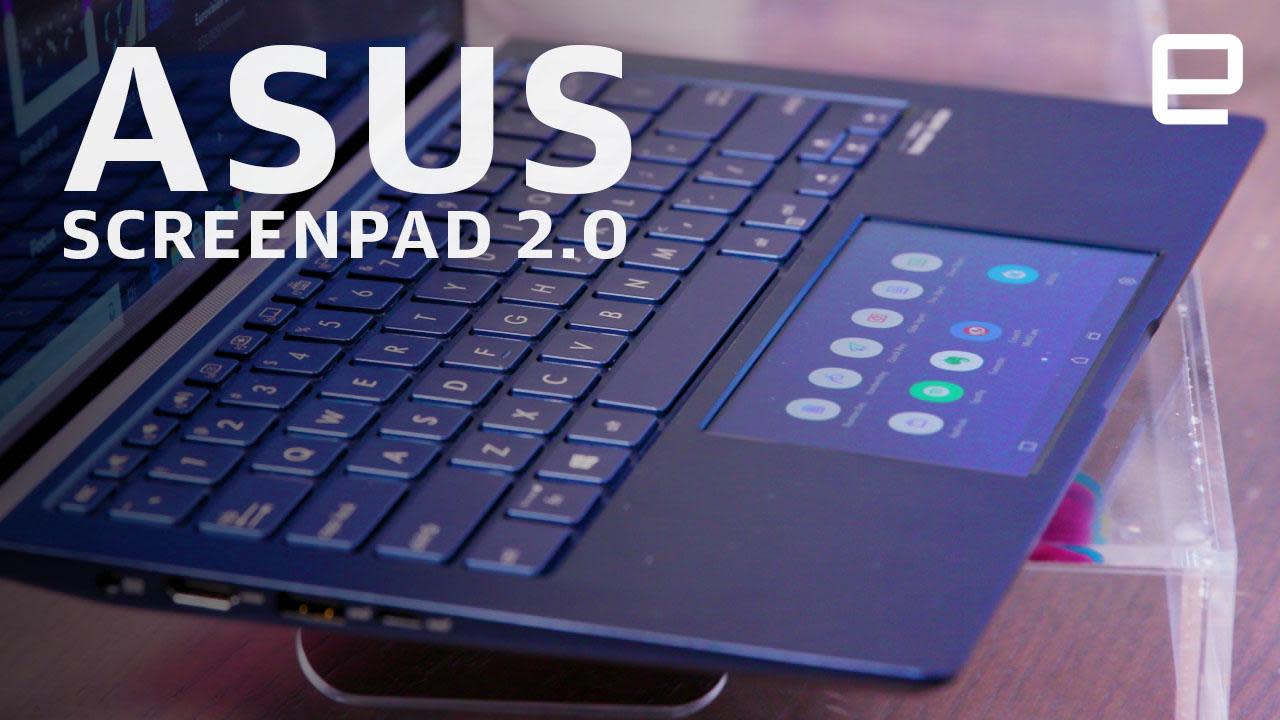 It's only been about a year since ASUS introduced the ZenBook Pro with a touchscreen trackpad called a ScreenPad, and the company is already back with an updated version. To celebrate its thirtieth anniversary, ASUS unveiled a slew of intriguing laptops at Computex this year, as well as the ScreenPad 2.0, which will launch on an array of its notebooks as well.

My colleague Devindra was impressed with the original ScreenPad on last year's ZenBook Pro, but found it a bit limited and buggy, with a clunky interface. The notebook's overall battery life was a dismal four-and-a-half hours with its ScreenPad set to 50 percent brightness, and just under six hours with the ScreenPad off. 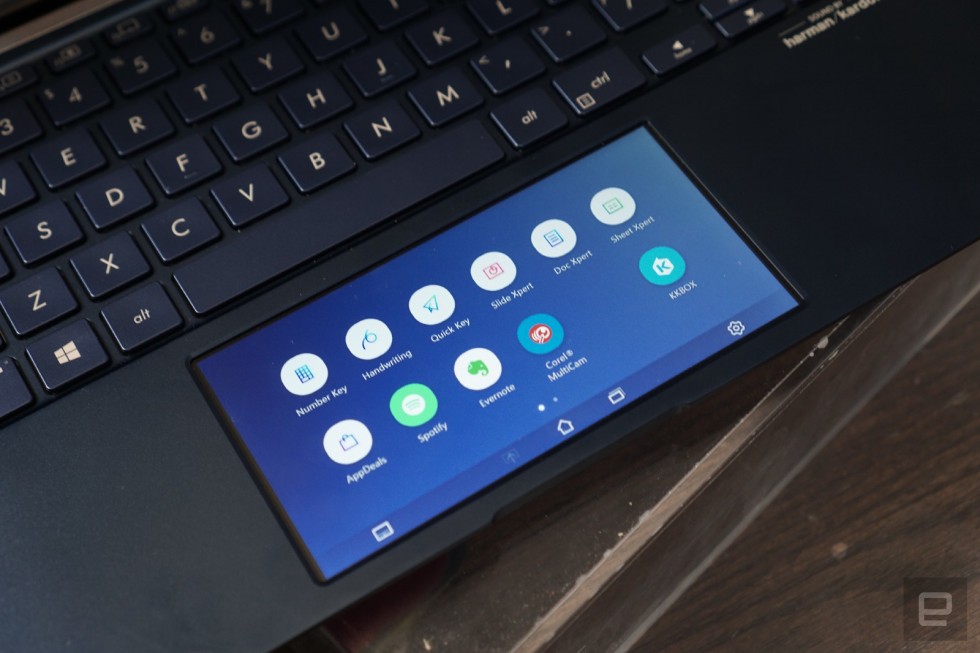 ASUS seems to have addressed those issues with the ScreenPad 2.0. First, the mini screen is now powered by the CPU's integrated graphics, rather than the dedicated NVIDIA GPU, which ASUS said leads to 2.5 times power savings. In fact, the company estimates the ZenBook Pro with ScreenPad 2.0 should last around nine hours. ASUS also made it easier for you to drag any Windows app from the main display to the touchpad -- you no longer have to launch a special mode before being able to pull apps down.

The new ScreenPad also has a few other upgrades. The most obvious is its larger size -- it's now 5.65 inches compared to last year's 5.5, with an 18:9 aspect ratio as opposed to the older one's 16:9. This gave me more room to work with not only as a trackpad, but also when I dragged app icons from the laptop's display to the ScreenPad, and tiny text was still easy enough to read. 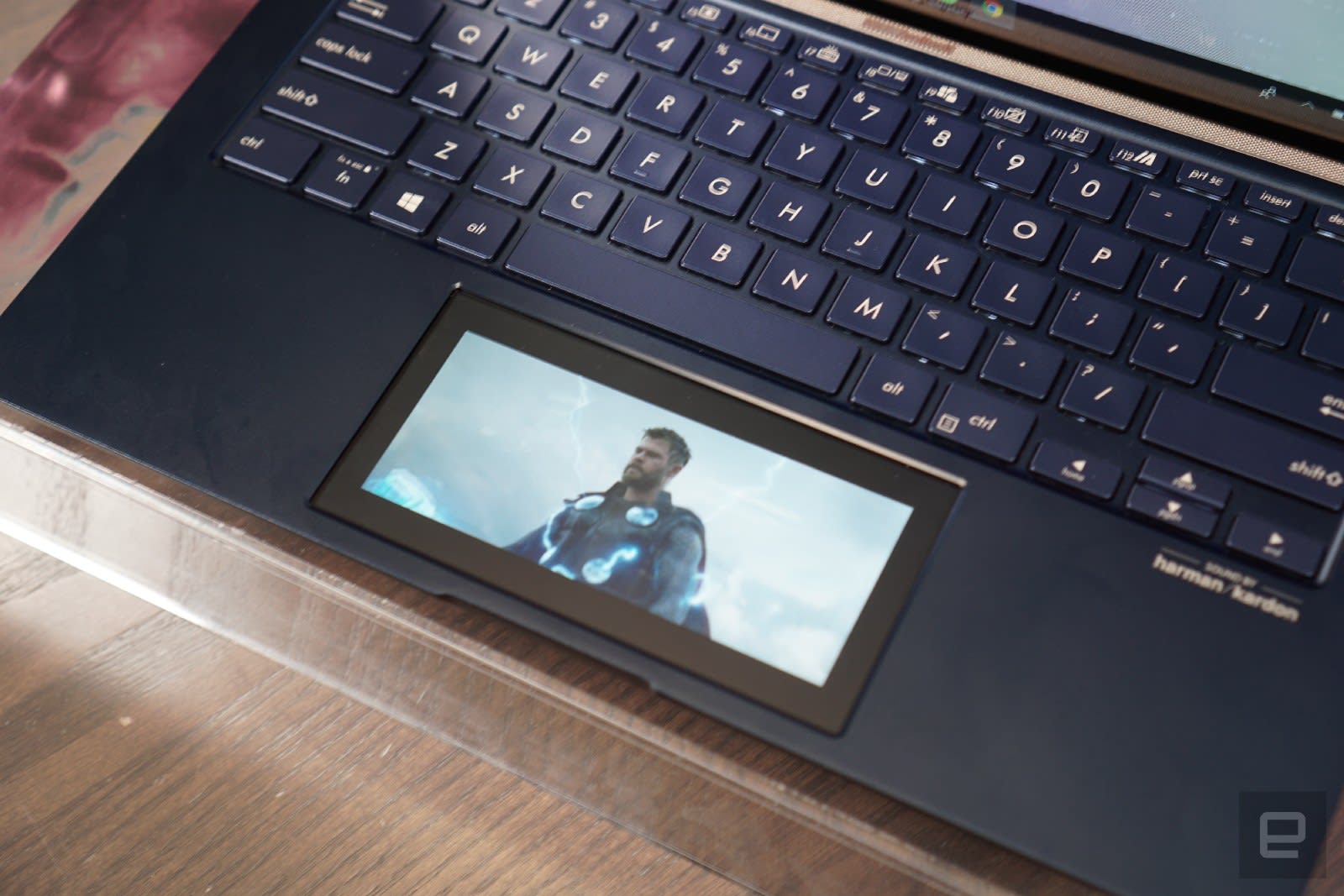 The interface is also more intuitive, behaving more like a smartphone OS than last year's model. You'll find home and back buttons at the bottom of the screen, as well as shortcuts that slide down from the top of the display to launch your favorite tools. You can also drag to reorganize your app grid on this smaller screen to make your frequent options easier to reach, or delete those you don't need by long pressing them and tapping the X that appears over the jiggling icons.

ASUS also tweaked the ScreenPad's software to make it easier to toggle the trackpad on and off. There's a new button on the bottom left of the screen to let you activate trackpad mode, which overlays a black rectangle on the screen. Here, you can use your cursor, and you can go back to interacting with the smaller display by pressing the X on the top right. The company is also working on a beta feature that lets you quickly trigger the trackpad mode by swiping three fingers across the panel, and a few seconds after you stop using the mouse, the black rectangle will disappear. 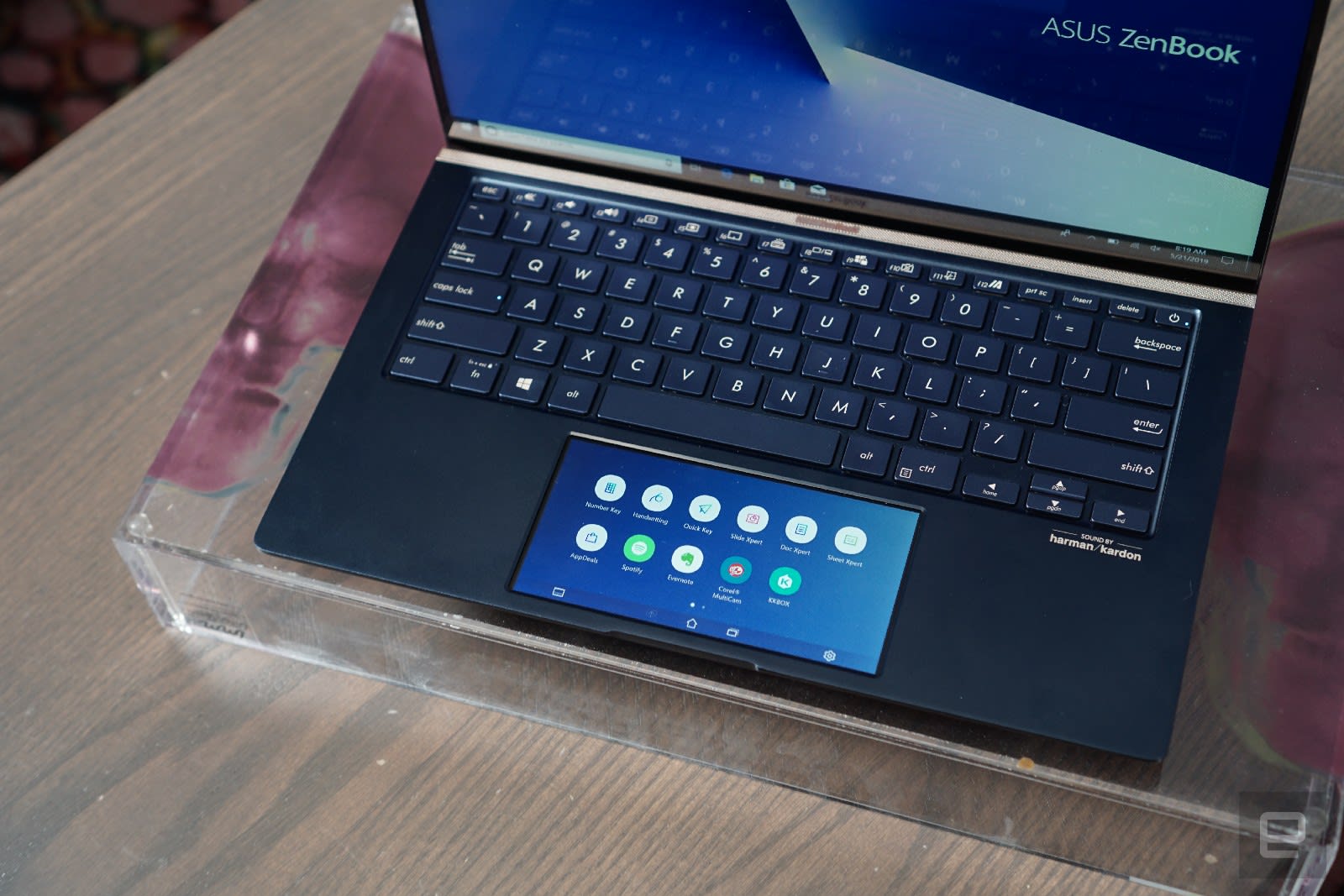 The ScreenPad 2.0 will arrive on the ZenBook 13, 14, 15, and the ZenBook Flip 15 this year, as well as the less-premium VivoBooks S14 and S15. It's nice to see this feature trickle down to (presumably) less pricey laptops this quickly, and ASUS seems willing to work out the kinks in its ambitious vision for the future of laptop controls. But will secondary touchscreens on our notebooks take off? I'm fascinated, but still not entirely sold.

In this article: asus, asus screenpad, asus screenpad 2.0, asus zenbook, Computex 2019, Computex2019, gadgetry, gadgets, gear, laptops, personal computing, personalcomputing, zenbook
All products recommended by Engadget are selected by our editorial team, independent of our parent company. Some of our stories include affiliate links. If you buy something through one of these links, we may earn an affiliate commission.