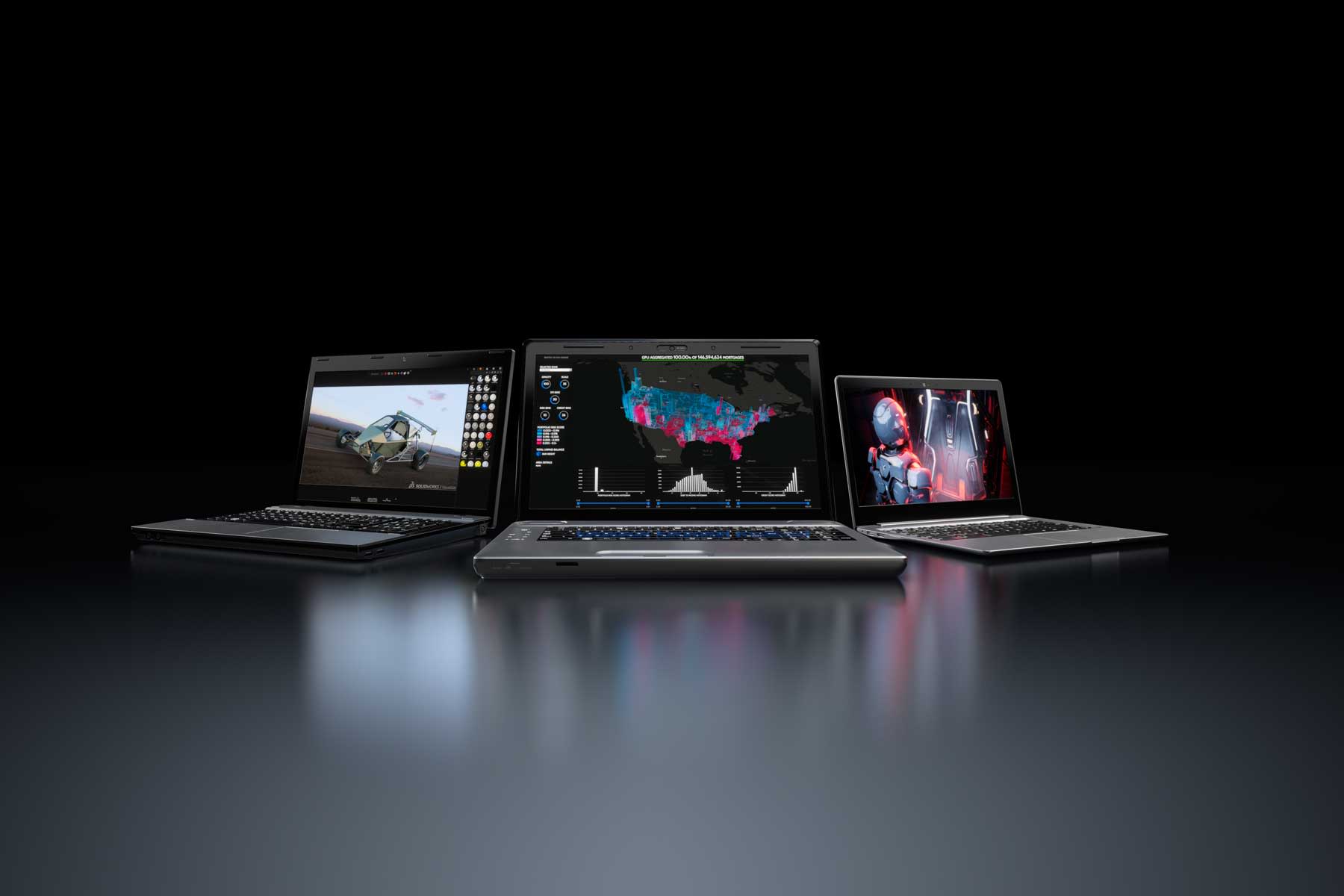 NVIDIA has succeeded in shrinking its beefy Quadro RTX 5000 graphics hardware to bring it to laptops. The silicon offers 3,072 CUDA cores and 48 RT cores, paired with 384 Tensor cores and 16GB GDDR6 RAM, same as the version available for desktops. And, much like the previous version of the RTX 5000, the mobile edition is designed for professionals who do a lot of heavy graphics or video work.

Obviously, it's tough to compare the new RTX 5000 with the previous mobile flagship, the P5200, if only because they use different architectures (Pascal vs. Turing). On pure performance, there isn't a huge difference between the two, with the former managing 8.9 TFLOPS vs. the new model's 9.4 TFLOPS. But numbers aren't everything. The RTX is significantly more efficient, as well as being able to handle the much-hyped ray tracing.

At launch, there are 17 laptops, made by seven partner companies, that will carry the new Quadro GPUs, which will be branded under the RTX Studio name. These machines will, in the words of NVIDIA's Jason Paul, offer "desktop-class performance" to those "on the go." The company also claimed the machines will run up to seven times faster than the equivalent MacBook Pro with 32GB RAM and AMD's Pro Vega 20 GPU.

The other benefit of the RTX Studio branding is NVIDIA Studio Stack, a software suite of SDKs and APIs tailored to speed up video editing, rendering and vector animation, among others. NVIDIA says that software from Adobe, Autodesk, Avid, Blackmagic and Maxon has been extensively tested to ensure "the best performance and reliability." Game developers who use Unity and Unreal will get similar promises of speed and dependability.

It's not just the RTX 5000 that we'll see popping up in laptops, but the 3000 and 4000 as well, catering for different budgets. The pair comes with 6GB and 8GB GDDR6 RAM, respectively, and the former is packing 36 RT cores, compared to its bigger sibling's 40. And, similarly, the 3000 is packing 288 Tensor cores, compared to the 4000's 320, putting both GPUs a modest distance behind the flagship.

At the lower end of the range, NVIDIA has also sought to offer moderate speed bumps on the existing Quadro chips. The P520, for example, is an upgrade on the P500, which gets 128 more CUDA cores and its memory bandwidth pushed to 48GBps. The P620 is a similar story, with 128 more CUDA cores and a memory bandwidth bump to 96GBps. Incremental increases are also the order of the day for the T1000 and T2000, which will supplant the P-series chips of the same name.

RTX Studio laptops will be available in June from ASUS, Dell, HP, MSI, Razer, Gigabyte and Acer. Obviously, pricing and specs will vary depending on region and manufacturer, but the company says that the cheapest models will cost no less than $1,600.

In this article: av, Computex 2019, Computex2019, design, gaming, gear, Graphics, Laptop, Laptops, nvidia, personal computing, personalcomputing, Quadro, Quadro RTX 5000, RTX, RTX5000
All products recommended by Engadget are selected by our editorial team, independent of our parent company. Some of our stories include affiliate links. If you buy something through one of these links, we may earn an affiliate commission.