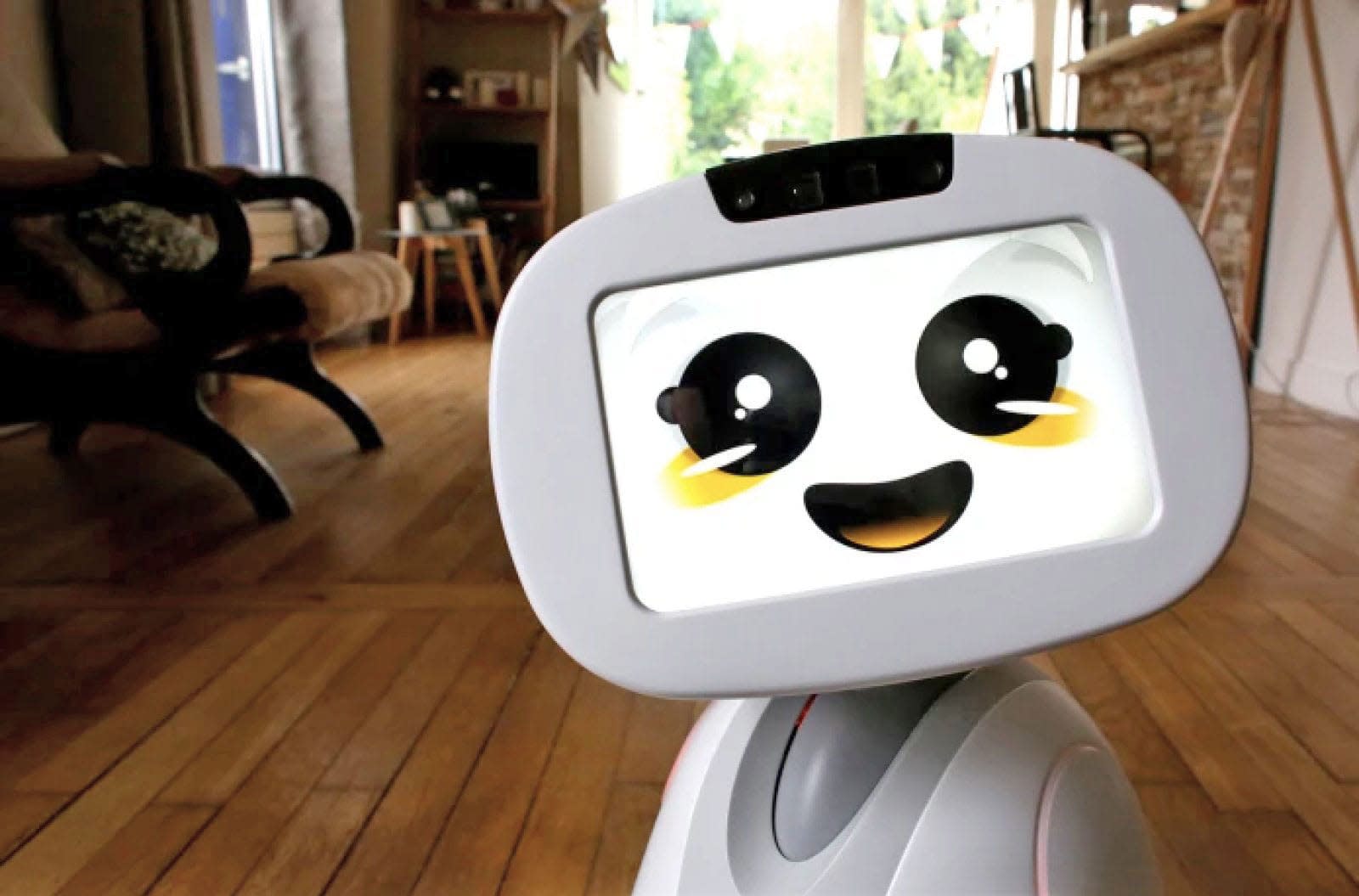 In 2015, Buddy the social robot first appeared on Indiegogo. Nearly four years and $657,000 later, the friendly robotic companion has yet to ship to any of its backers. Now the creators of Buddy, Blue Frog Robotics, are reaching out to backers to apologize for the extended delay and ask for more money to finally bring Buddy to fruition, with the ultimate goal of shipping by April 2020.

In the letter sent to backers, Blue Frog Robotics CEO Rodolphe Hasselvander cites his company's attempts to "build a flawless" version of the robot as the reason for missing the promised ship date of September 2016 by three years. Now that they believe Buddy is up to snuff, the company is planning another crowdfunding campaign that will run through June. The company plans to offer equity to backers in exchange for cash that will be used to manufacture the Buddy bots. If all goes according to plan, original backers would get priority when Buddy finally starts to ship next year and would be given a lifetime of free access to "a selection of paid apps."

The pitch from Blue Frog Robotics is essentially backers can become investors in the company's product, offering the potential that they may see a return on what they put into the latest crowdfunding effort. Given the current state of the social robot market, that might be a difficult sell. Jibo just recently shut down for good despite raising more than $3 million from backers on crowdfunding sites back in 2014. Blue Frog's decision to reach out to backers for more money may mean there aren't many investors out there willing to foot the bill for the final stages of the project.

In this article: blue frog robtoics, buddy, buddy robot, business, crowdfunding, gear, indiegogo, robots, services, social robot
All products recommended by Engadget are selected by our editorial team, independent of our parent company. Some of our stories include affiliate links. If you buy something through one of these links, we may earn an affiliate commission.