And the XPS 15 is getting some much-needed upgrades, too.

I don't throw the word "perfect" around a lot, but that was honestly the best way to describe the latest XPS 13. But what if you wanted something more than a traditional laptop? That's where the new XPS 13 2-in-1 comes in. Like other convertibles, you can flip the screen all the way around to turn it into a large tablet. But while it brings over many of the hardware improvements from this year's XPS 13 -- a webcam above the screen and HDR displays -- it also takes Dell's XPS design to a whole new level.

While the last XPS 13 2-in-1 felt like a downgrade from the clamshell model, this latest version feels like an unexpected upgrade. It features a taller 16:10 screen, which makes it more useful for spreadsheets and other productivity apps. Its case feels even more refined than the XPS 13, with more metal than any XPS case Dell has produced. The screen is also closer to the keyboard, now, due to moving the webcam up top, as well as less-prominent hinges. The XPS 13 2-in-1's keyboard sports an edge-to-edge MagLev design, with even bigger keys and a 19 percent larger touchpad. It loses some key travel from earlier XPS models, but the keyboard still feels more responsive than Apple's flat butterfly keys.

In many ways, the new XPS 13 2-in-1 is the sort of design revamp I'd expect closer to CES, and not six months after the last flagship laptop. But it looks like Dell paid extra attention to the 2-in-1 this time, likely because it's the company's first machine to use Intel's 10th-gen 10nm CPUs. That includes the new Core i3, i5 and i7. Dell claims it'll be around 2.5-times faster than the last XPS convertible, and, of course, it'll have Intel's faster Iris Plus integrated graphics. Consequently, though, the company had to give up on the previous model's fanless design. Now there's a dual-fan-cooling system, which works together with an ultra-thin vapor chamber.

The XPS 13 2-in-1's taller 13.4-inch display should make it more useful as a tablet, and it's nice to see Dell exploring other screen aspect ratios beyond 16:9. While it's not as square as the 3:2 screens we're seeing on Microsoft's Surface devices, it'll still be more usable than traditional widescreen displays. The 1080p+ (1920 by 1200 pixels) LCD screen will offer 500 nits of brightness, and there's an optional 4K+ (3,840 by 2100 pixels) panel, as well. Both panels also support Dolby Vision, like the clamshell XPS 13.

While I only spent a few minutes with the XPS 13 2-in-1, it was easy to see how much it improved on the already fantastic clamshell model. The only problem now? It'll be tougher to decide between the two. Dell says it'll be available soon, starting at $1,000. 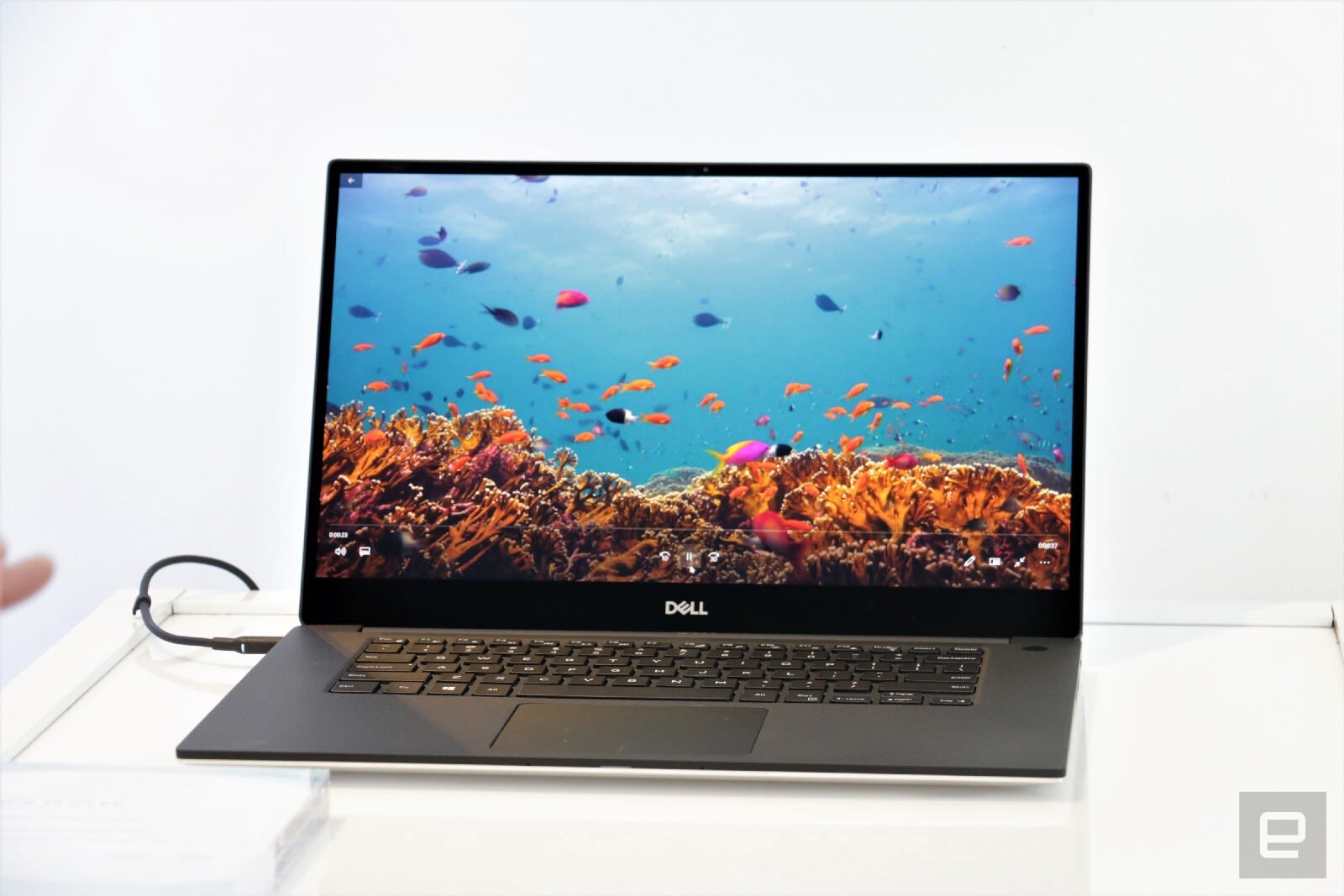 Dell is also unveiling a new XPS 15 today, but it's not nearly as big an upgrade as the 2-in-1. Its case hasn't changed at all since the last model, but now it'll support Intel's ninth-generation CPUs (up to the eight-core i9-9980HK) and as much as 64GB of RAM. It's also getting a new webcam above the screen, thankfully, as well as NVIDIA's GTX 1650 graphics. Its 15.6-inch screen will come in 1080p with Dolby Vision, or you can bump up to a 4K OLED or LCD. Unfortunately, you won't get any HDR on those higher resolution displays.