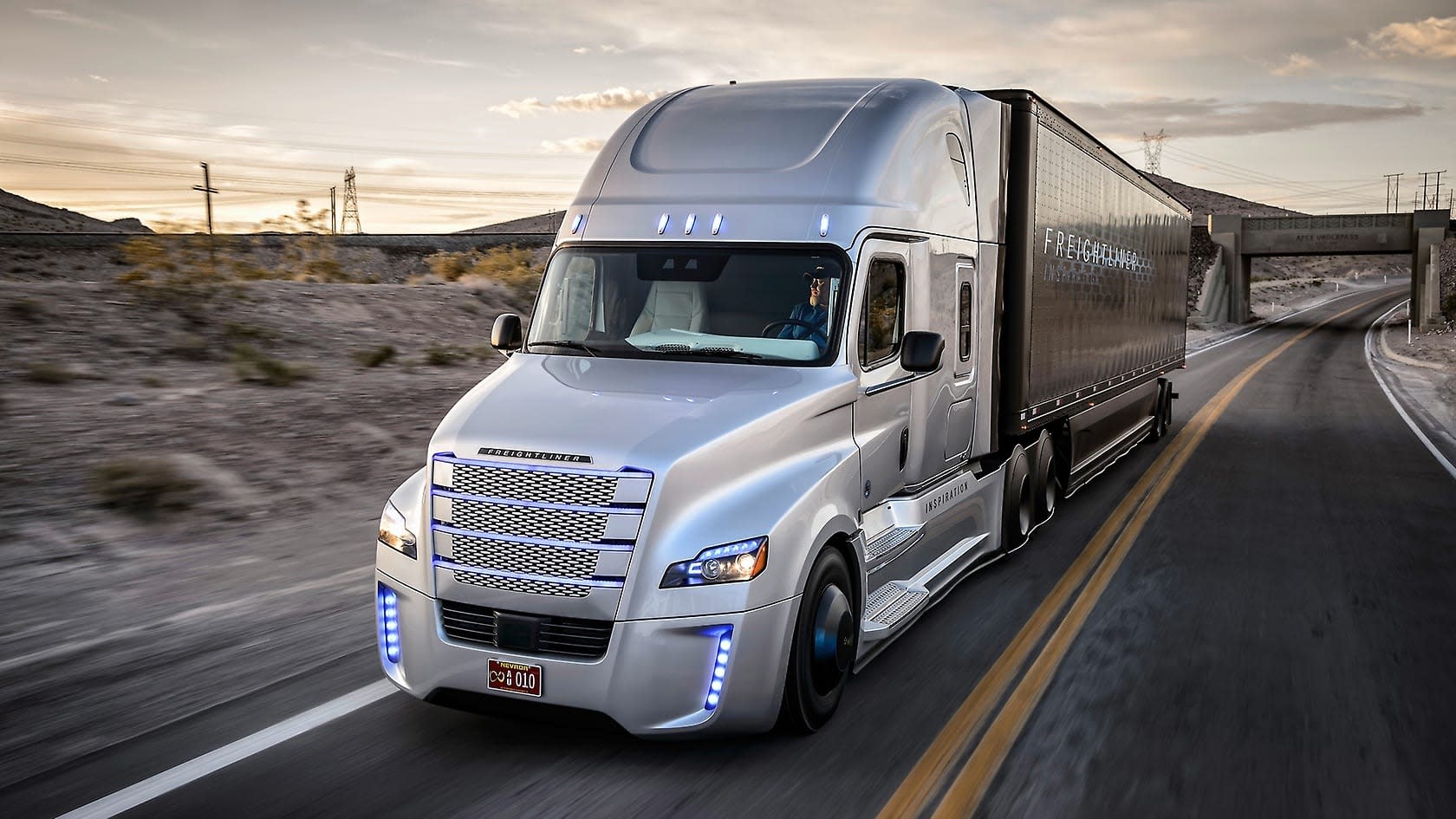 Daimler Trucks is creating a global organization focused on putting automated trucks on the road over the next decade. The Autonomous Technology Group will be in charge of building an automated roadmap for the trucks, as well as setting up the appropriate operations infrastructure and network. The new initiative comes right after Daimler announced a $570 million investment into automated trucks at CES in Las Vegas back in January.

The eventual goal for Daimler has been long-haul trucks with Level 4 autonomy, or vehicles that can drive themselves with only optional human intervention. The trucks would only travel between defined hubs, such as from a warehouse to a facility, without the expectation that humans would need to take over the steering wheel. Other companies have already begun testing Level 4 trucks; Einride earlier this month began testing its T-Pod truck in Sweden.

Peter Vaughn Schmidt, who will head the group, says it will work with customers whose business model best fits this point A to point B application. "In the first stage, we will focus on use cases of highly automated driving in defined areas and between defined hubs in the USA. In doing so, we will work closely together with customers whose business matches this automated driving application. We will not only develop the respective technology but also set up the required operations infrastructure and network," said Vaughn in a press release.

The group will include Torc Robotics, a Virginia-based self-driving truck software maker. It will bring together experts working at the company's locations from around the world, from Portland, Oregon to Stuttgart, Germany. The company said it expects to add more locations as it begins to build up test fleets.

In this article: automated trucks, autonomous truck, autonomous vehicles, business, Daimler, daimler trucks, tomorrow, transportation
All products recommended by Engadget are selected by our editorial team, independent of our parent company. Some of our stories include affiliate links. If you buy something through one of these links, we may earn an affiliate commission.