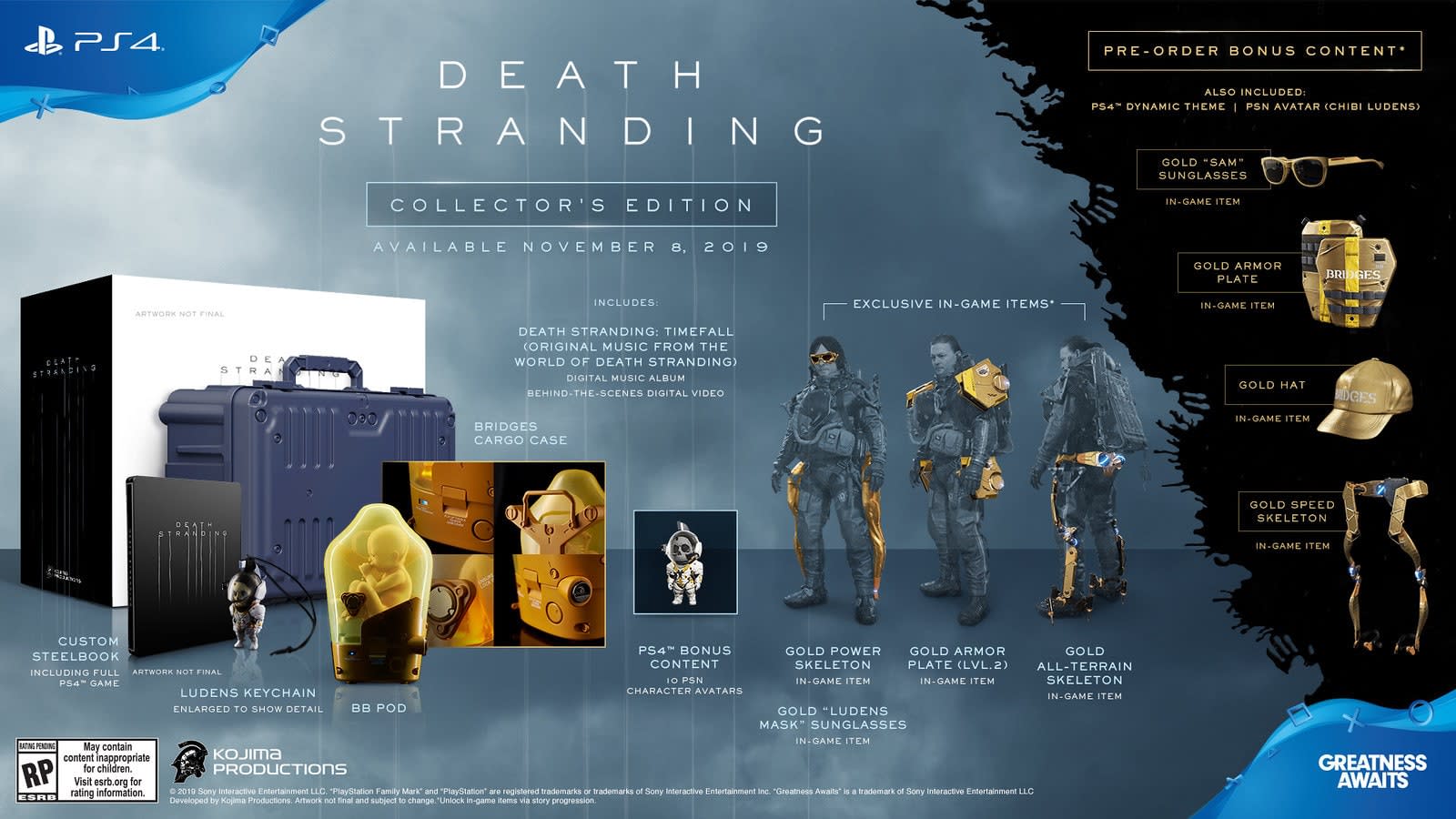 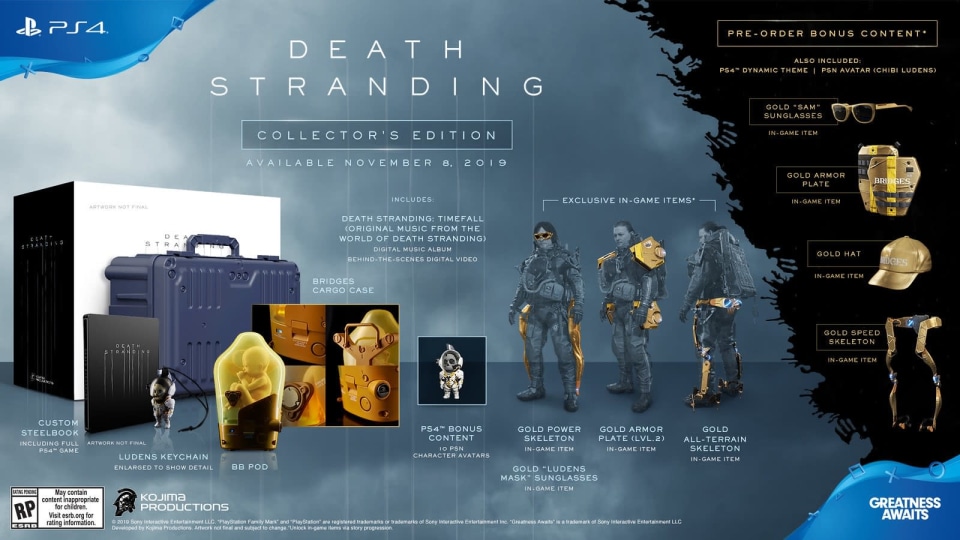 There have been plenty of over-the-top game bundles in recent years, but the one for Death Stranding might top them all in terms of sheer audacity. When the game arrives on November 8th, a Collector's Edition will include a life-size "bridge baby" pod. That's right -- you too can creep out friends and family by placing what looks like a pickled infant on your desk. You probably don't want to decorate your office with this one.

Thankfully, the other additions are somewhat more socially acceptable. There's a Bridges cargo case, a Ludens keychain and plenty of digital extras, including the soundtrack, in-game gear (such as exoskeletons and armor) and PSN avatars.

As you might imagine, this is expensive. The Collector's Edition will sell for $200, or enough to give pause to anyone but the most fervent devotee of Hideo Kojima's work. Thankfully, there are in-between options. If you don't care for the traumatizing goodies of the Collector's Edition, the $70 Special Edition and $80 Digital Deluxe Edition offer the virtual content for considerably less.

In this article: av, death stranding, games, gaming, hideo kojima, kojima productions, ps4, video games
All products recommended by Engadget are selected by our editorial team, independent of our parent company. Some of our stories include affiliate links. If you buy something through one of these links, we may earn an affiliate commission.