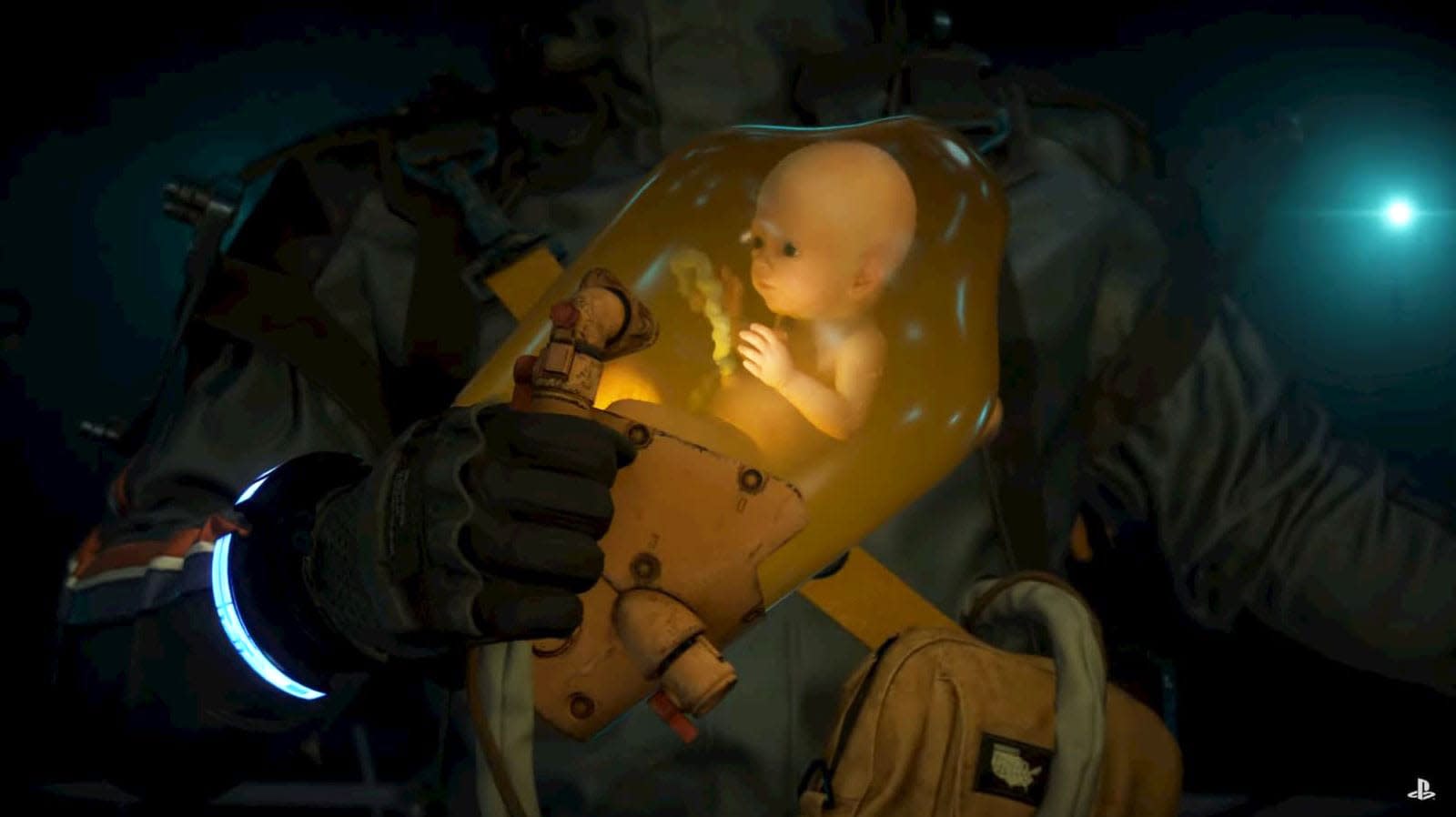 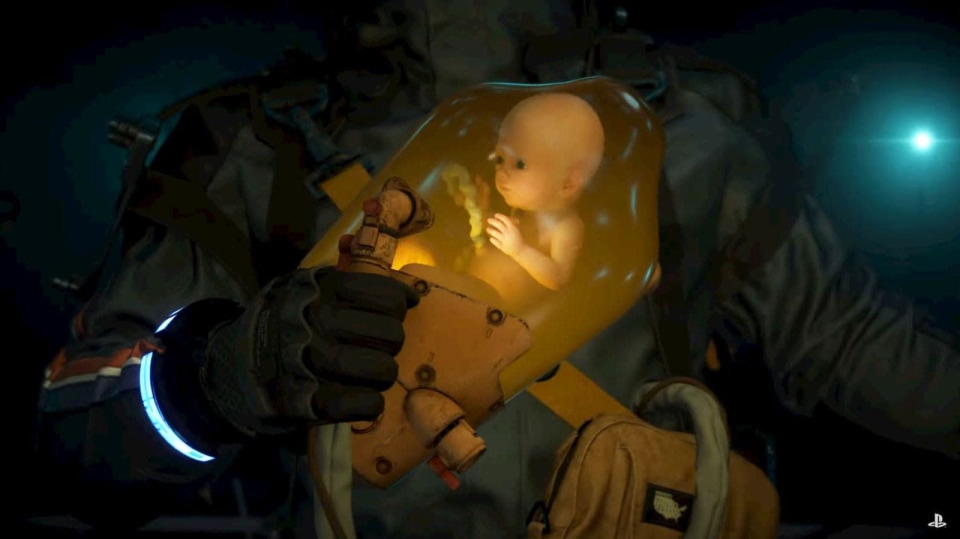 The action game seems to be about forming connections, and it appears there's a multiplayer element. You'll be tasked with reconnecting "isolated cities and a fragmented society."

"It is created so that all elements, including the story and gameplay, are bound together by the theme of the 'Strand' or connection," Kojima said. "As Sam Porter Bridges, you will attempt to bridge the divides in society, and in doing create new bonds or 'Strands' with other players around the globe. Through your experience playing the game, I hope you'll come to understand the true importance of forging connections with others."

While your mission is to reconnect a fragmented America, it seems you'll have to contend with separatist groups who want cities to remain independent. There are some nightmarish factors too, including monsters (BTs) that grasp onto Sam as well as undead soldiers. A fetus (or a Bridge baby) Sam carries around in a jar strapped to his chest seems to help him detect these otherworldly threats. Okay, then.

The bonkers trailer also offers a look at some of the mechanics, including a futuristic motorbike Sam rides. It seems the front wheel can split in two to better navigate tough terrain. Sam can use an extending ladder and ropes to traverse landscapes, and you'll get to explore a snowy environment. Given Kojima's background, it shouldn't be surprising there are some stealth elements, as you can hide in long grass to avoid the attention of enemies.

Along with Walking Dead actor Norman Reedus as Sam, the starry cast includes Mads Mikkelsen, Troy Baker, Léa Seydoux, Tommie Earl Jenkins and famed directors Nicholas Winding Refn and Guillermo Del Toro. The game popped up briefly for pre-order in the PlayStation Store, while leaks pegged the release date as November 8th. Death Stranding is available to pre-order now, including in a number of special editions.

In this article: art, av, death stranding, deathstranding, gaming, guillermo del toro, guillermodeltoro, hideo kojima, hideokojima, norman reedus, normanreedus, playstation, ps4, sony
All products recommended by Engadget are selected by our editorial team, independent of our parent company. Some of our stories include affiliate links. If you buy something through one of these links, we may earn an affiliate commission.