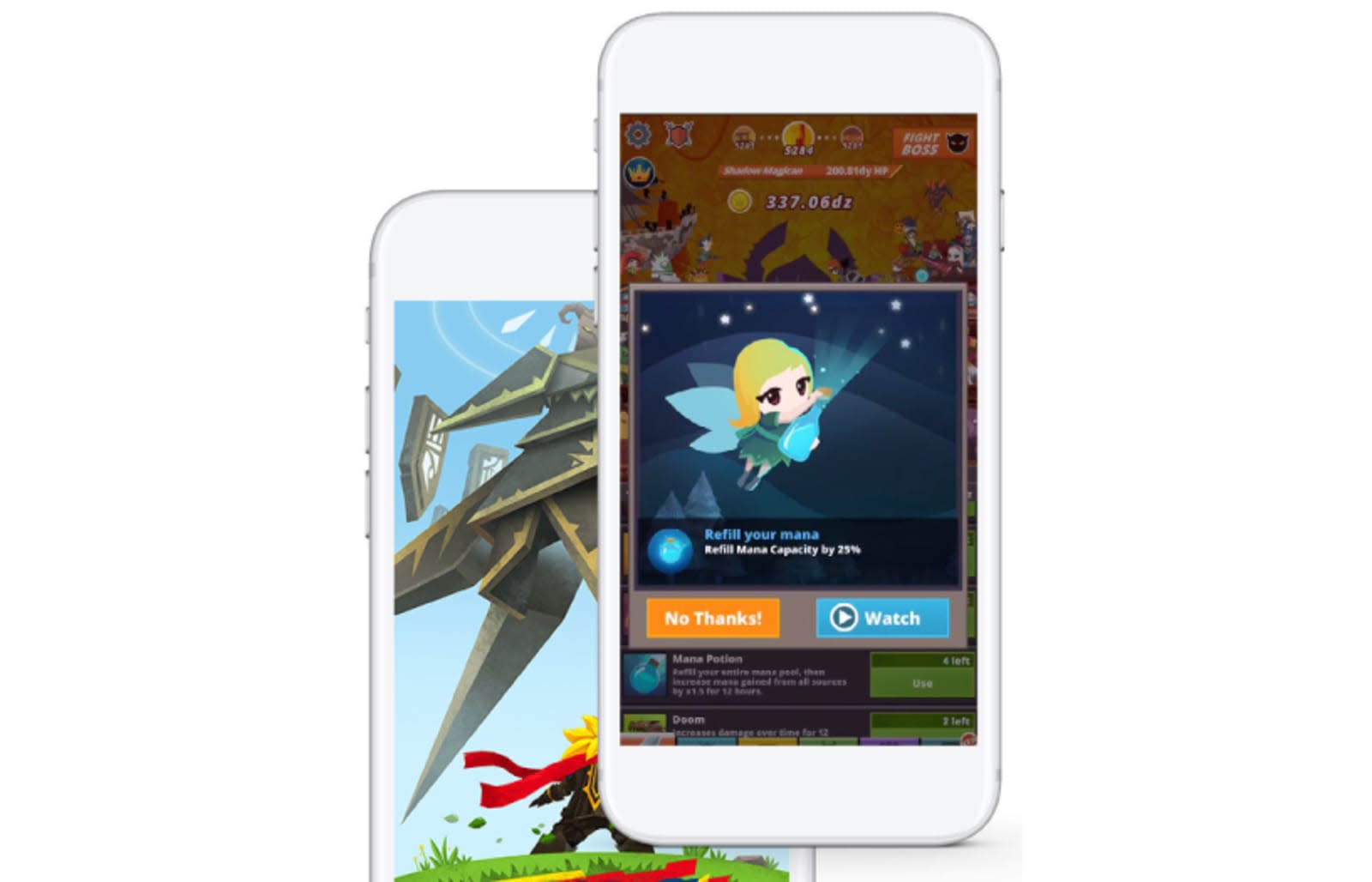 Facebook has been making a bigger push into the gaming space, most recently creating a separate gaming tab. With the platform granting game developers more opportunities to make money, it likely gives them more incentive to create new games. This poses a catch-22 for game players, who may enjoy new games but may be put off by more ads.

Game developers -- both on and off Facebook-- have tried to strike a delicate balance with ads, which put bread on the table but can also repel users. Many have experimented with more clever methods of advertising, such as rewarded videos. If you've ever agreed to watch an ad in exchange for extra lives or in-game currency on a game, you've watched a rewarded video. Facebook first rolled out their rewarded videos in 2017 to a small number of partner game publishers. Starting today, rewarded videos will be ready for all game developers.

Facebook produced stats to show that the ads have been pretty successful, giving players an incentive to engage without interrupting gameplay. Interestingly enough, they've even increased the likelihood of players spending their actual money on the game. More than 53% of game developers in a Facebook-commissioned study said they believed the in-app ads increased in-app purchases.

Game publishers will also be able to advertise games using playable ads, which let players sample a new game right on the News Feed. Facebook first launched playable ads on the News Feed back in August, and began testing the ads on its mobile-only Audience Network earlier this year.

In this article: entertainment, facebook, Facebook ads, Facebook games, mobile, mobile games
All products recommended by Engadget are selected by our editorial team, independent of our parent company. Some of our stories include affiliate links. If you buy something through one of these links, we may earn an affiliate commission.