It delivers movement, hand and eye tracking with 2K resolution per eye.

Last year, Qualcomm unveiled the Snapdragon XR1 chip just for virtual reality devices, but so far, we haven't seen any headsets built to use it. Now, for Augmented World Expo, the company has released its own "Smart Viewer Reference Design" headset in order to reduce AR and VR headset development time. It looks to hold a lot of potential, packing just about every feature you'd want in a VR/AR wearable.

The headset is designed to share the workload with a smartphone or PC via USB-C tethering. That allows it to do six degree-of-freedom (6DoF) room-scale movement tracking, for one thing. It can also handle full hand and gesture tracking, including tap, zoom, pinch and scroll, allowing interactions with virtual objects. 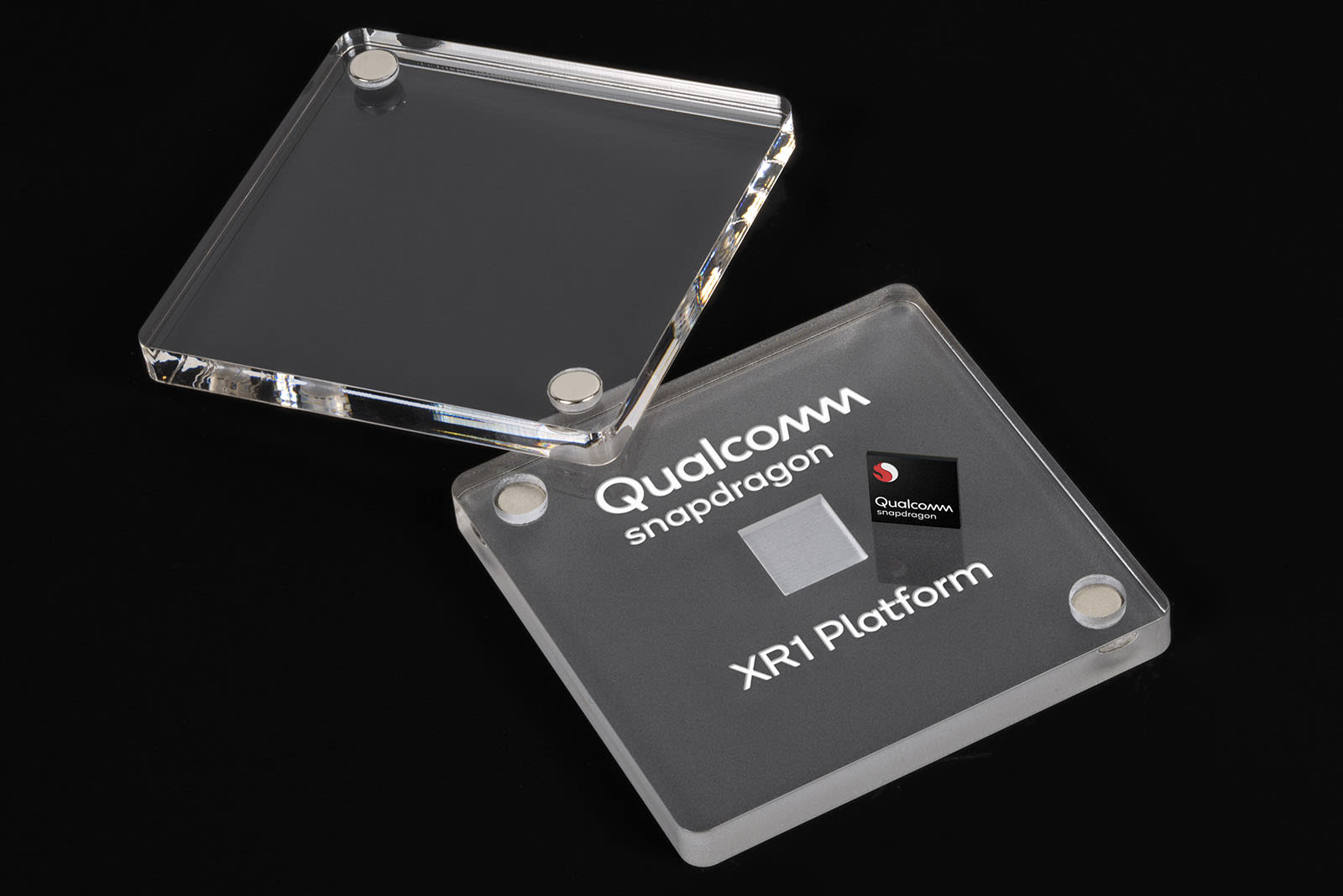 Qualcomm also worked with Tobii to to bring eye-tracking to the design, matching what HTC can do with its Vive Pro Eye headset. Other features include support for 6DoF controllers and a low-power standalone mode for videos, simple gaming and more. The JDI-built display panel supports 2K resolution per eye with a 72 Hz maximum refresh rate.

When the XR1 chip was released about a year ago to deliver better VR performance than mobile chips, Qualcomm noted that companies like Vive, Vuzix and Meta were working on headsets for it. The rumor mill even had it that Microsoft's Hololens 2 would be powered by the XR1. However, none of that has panned out yet, so headset developers might have run into technical snags. That could explain why the reference design is here a full year after the chip arrived, so here's hoping it will spur third-party development.