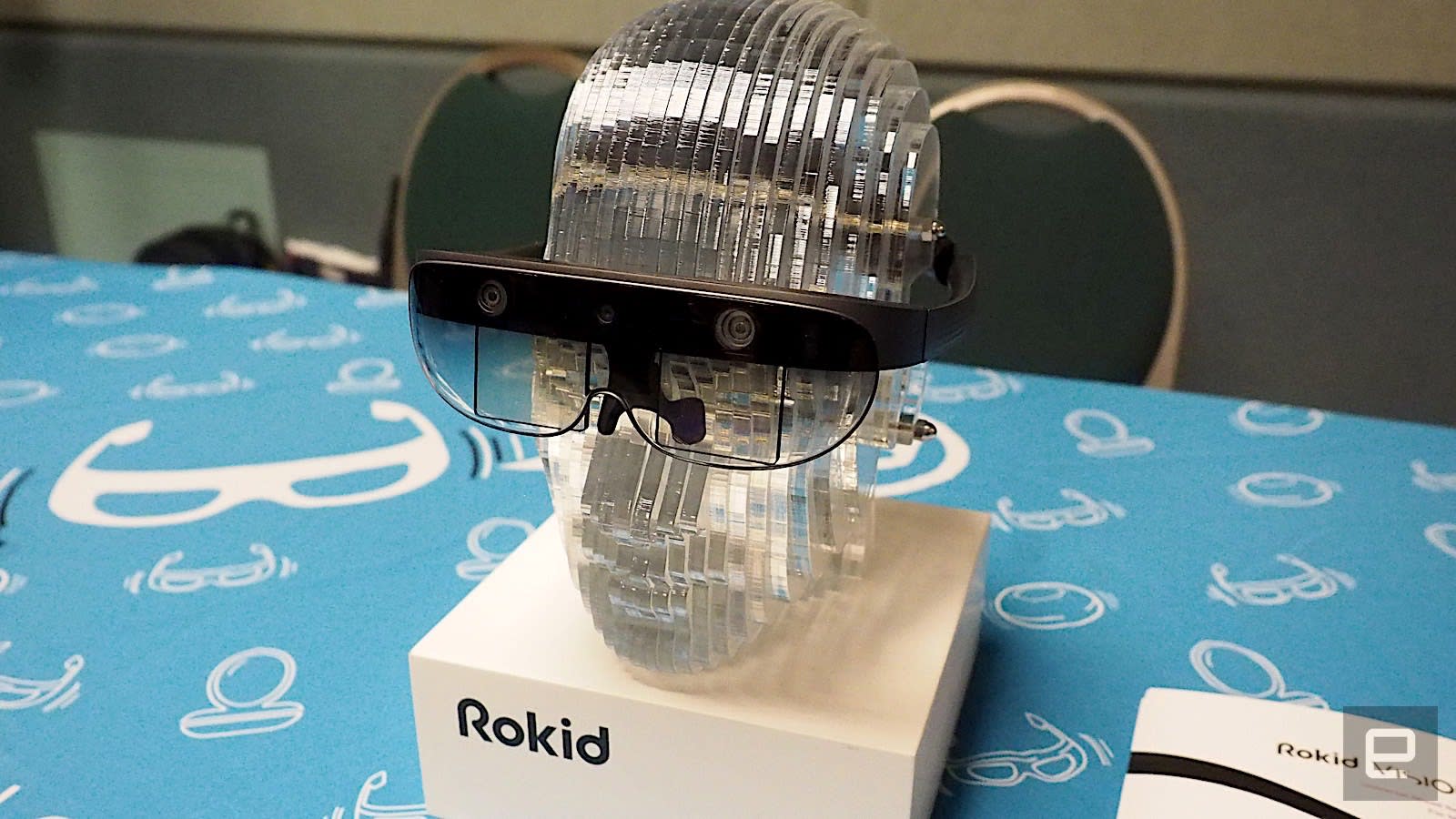 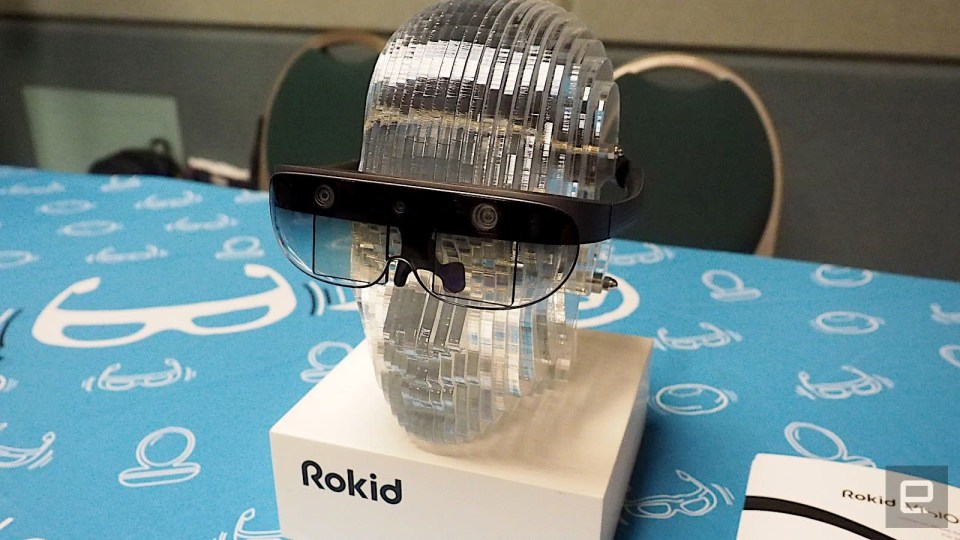 At this year's CES, Rokid showed off Glass, an AR headset that's meant primarily for enterprises. Though it was a little rough around the edges when we saw it in January, the company announced today that the Glass is finally ready for mass production. But that's not Rokid's only unveiling. At the Augmented World Expo today, the company also offered a sneak peek at its next-generation AR glasses. It's called the Rokid Vision, and it's designed to be used by consumers too (though you probably won't be able to buy it; more on that below). 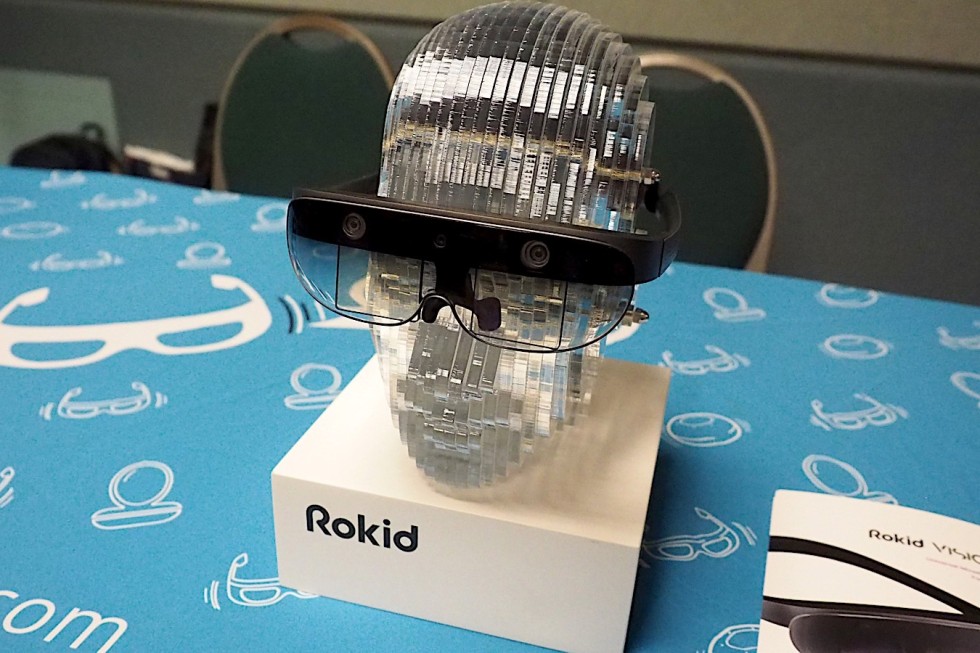 The Vision appears to be the final version of what was previously referred to as Project Aurora. Unlike the Glass, which only has a single display over one eye, the Vision has two, thus allowing for a 3D stereo display. It has six degrees of freedom, 45 degrees field of vision, and a binocular 1,280 x 720 resolution.

If there's a catch, it's that the Vision is a tethered headset, meaning it requires you to hook it up to any USB-C device with DisplayPort support, such as laptops, phones or game consoles. The upside of that, however, is that it's also a little lighter. While the Glass is 150 grams, the Vision is just 120 grams. A Rokid spokesperson also told Engadget that a lot of the compute processing (also known as SLAM, or simultaneous localization and mapping) happens on the headset itself, which allows the user to hook up the headset to older, less advanced devices if desired.

I didn't get a chance to try out the Vision (CNET had an early sneak peek in January) as Rokid only had the prototype at its booth, but I did learn a little more about it. A company spokesperson said that while the Glass is meant for enterprise use, the Vision is really designed to be a "business-to-consumer" headset. That means it's meant for use in museums or schools or marketing events; any place where a business would allow the public to access the headsets.

Like the Glass, the Vision runs on Qualcomm's Snapdragon XR platform and will have voice-activated AI as well. The Glass will be available to enterprises this year, while the Vision is slated to debut in 2020.

In this article: awe, awe2019, gadgetry, gadgets, gear, personal computing, personalcomputing, projectaurora, rokid, rokid vision, rokidvision, tomorrow, wearables
All products recommended by Engadget are selected by our editorial team, independent of our parent company. Some of our stories include affiliate links. If you buy something through one of these links, we may earn an affiliate commission.