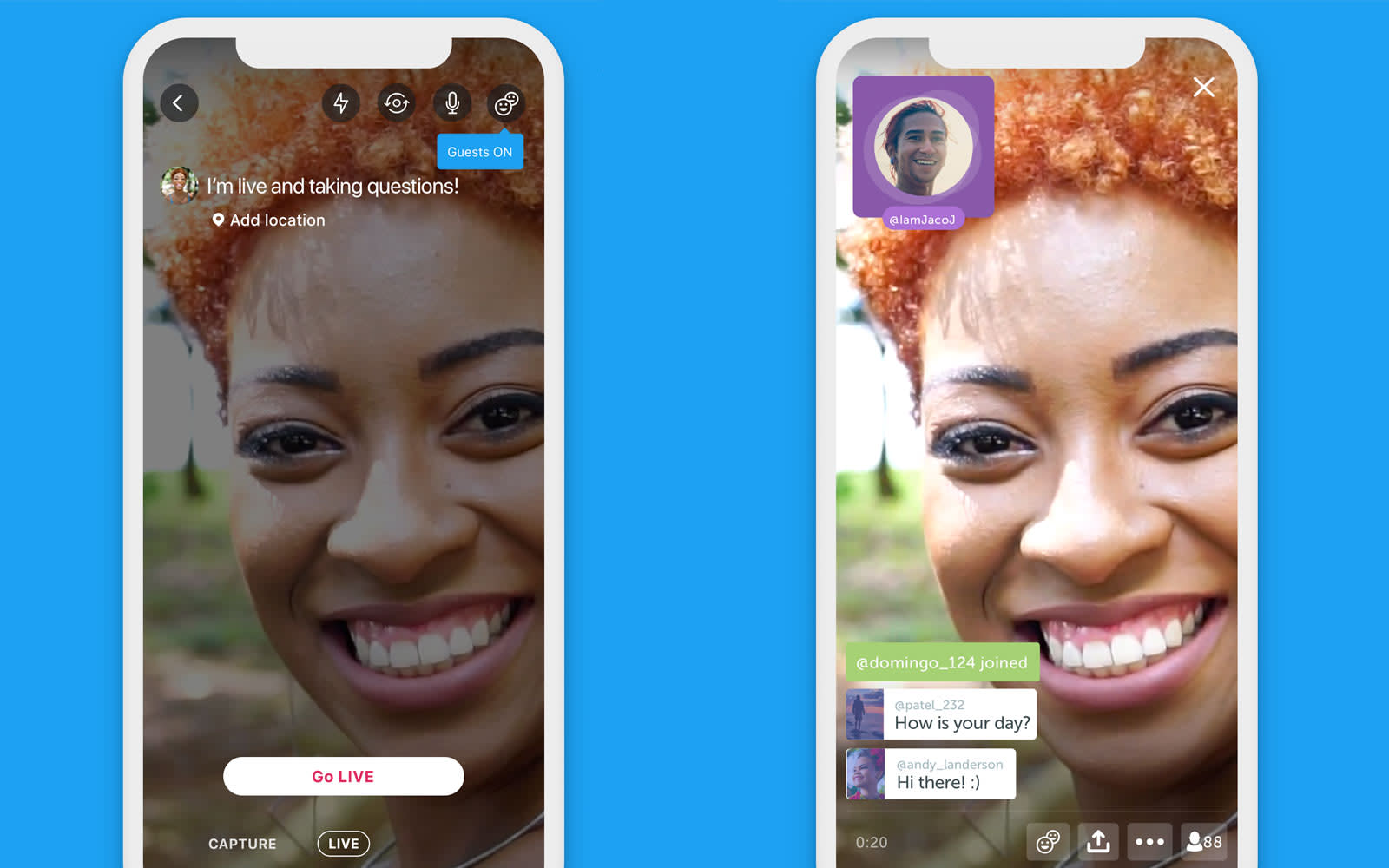 Twitter will start letting broadcasters on its app open up their livestreams to guests, similar to what it brought to Periscope in February. The new feature, which is now rolling out to Twitter's iOS and Android app, is going to allow up to three people to call into your live videos during a stream, making it easy for them to ask you questions or just have a conversation with you about anything that may be on your mind.

The company says this new functionality has been well-received globally since launching on Periscope, so it wanted to expand that to Twitter and give people another way to connect with each other every day. Like on Periscope, those who join you can use their microphone and be heard by everyone who's watching your stream, and they can drop off anytime to give others a chance to request to jump in.

"With this launch, we're enabling richer conversations by allowing viewers to call in, like a talk show, and join with their voice," Kayvon Beykpour, Twitter's head of product, told Engadget about the feature in February. "This makes live conversations even more fluid, and allows for new possibilities and ways people can have conversations."

Go live with guests! It's more fun than talking to yourself. We promise. pic.twitter.com/CB5qSLebwq

In this article: av, broadcast, broadcasts, cameras, entertainment, gear, internet, live broadcast, livestream, livestreaming, mobile, periscope, services, stream, streaming, twitter
All products recommended by Engadget are selected by our editorial team, independent of our parent company. Some of our stories include affiliate links. If you buy something through one of these links, we may earn an affiliate commission.