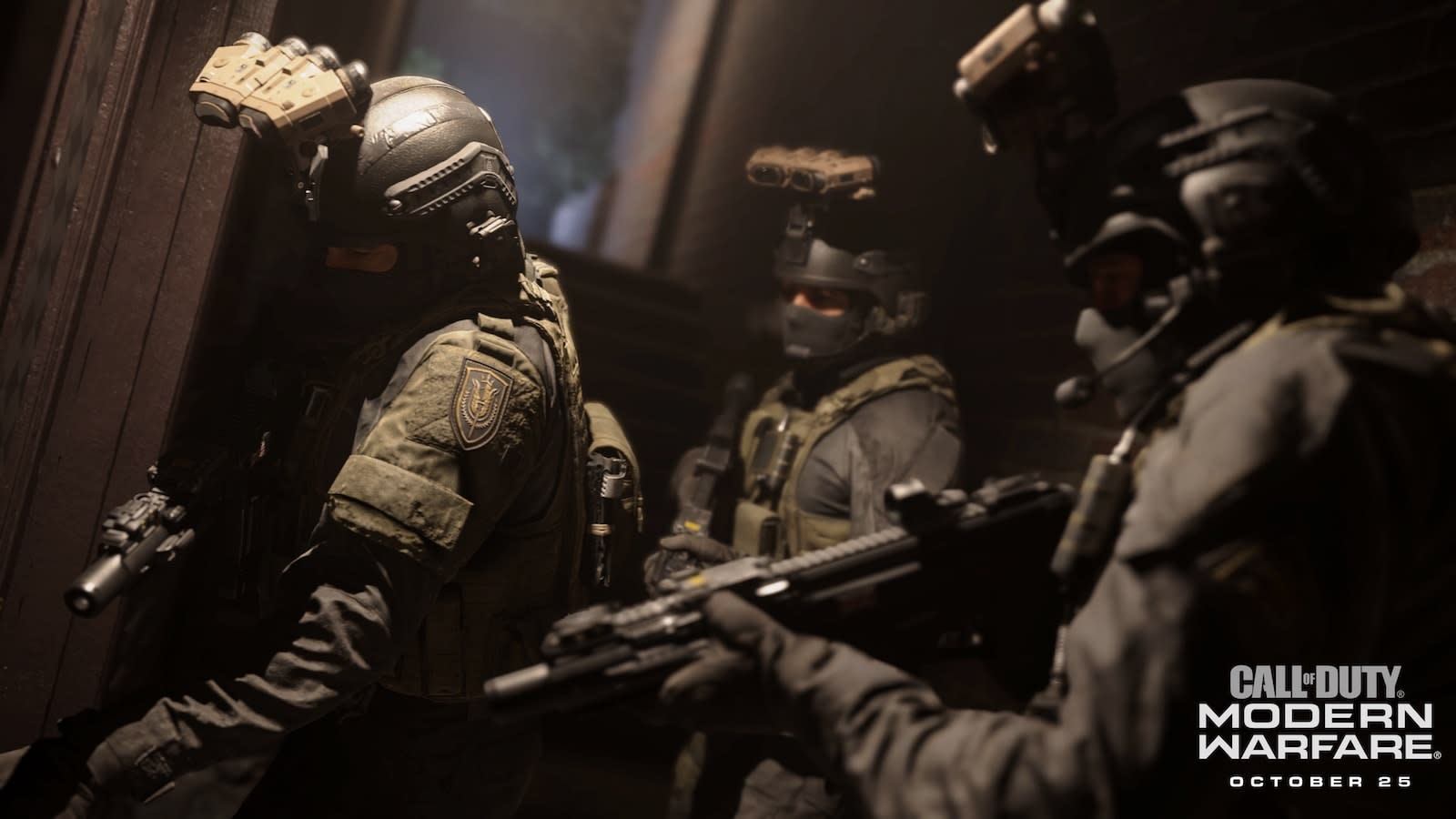 The next Call of Duty game is called Modern Warfare. Yes, just like the 2007 game. Yes, it's kind of confusing.

Now that's out of the way -- Call of Duty: Modern Warfare is scheduled to hit Xbox One, PlayStation 4 and PC on October 25th, complete with cross-play capabilities. Plus, it won't have the series' traditional, paid Season Pass for post-launch maps, gear and events. Instead, developer Infinity Ward plans on shipping more free content than they have with past Call of Duty installments.

It's likely that Modern Warfare will support cross-play, but the extent of this system is unclear. A representative for series publisher Activision couldn't clarify whether the new game would be playable between Xbox One and PS4, or just across consoles and PC. Here's the official statement: "With the launch of Modern Warfare, the team is taking steps to unite the community. First, the team plans for Modern Warfare to be played together across PC and console through cross-play support."

Modern Warfare features a robust singleplayer campaign, plus co-op and multiplayer components, with a narrative experience that spans all modes. The previous Call of Duty game, Black Ops 4 from Treyarch, didn't have a traditional singleplayer option at all, instead supporting a handful of online multiplayer modes, including a battle royale option.

Modern Warfare, meanwhile, is all about singleplayer, and Infinity Ward is pushing the series in a more realistic direction. Classic characters like Captain John Price return, but the storyline of previous Modern Warfare games has been scrapped. Instead, the game is packed with scenarios that feel ripped from today's headlines. Players experience contemporary battlefields through the eyes of a highly skilled special forces soldier, and also from the perspective of a freedom fighter from a wartorn country in the Middle East.

Infinity Ward gave us a sneak peek at the Modern Warfare campaign earlier this month, and we walked away with one clear feeling: This game gets heavy.

In this article: activision, av, call of duty, call of duty modern warfare, gaming, Infinity Ward, personal computing, personalcomputing
All products recommended by Engadget are selected by our editorial team, independent of our parent company. Some of our stories include affiliate links. If you buy something through one of these links, we may earn an affiliate commission.