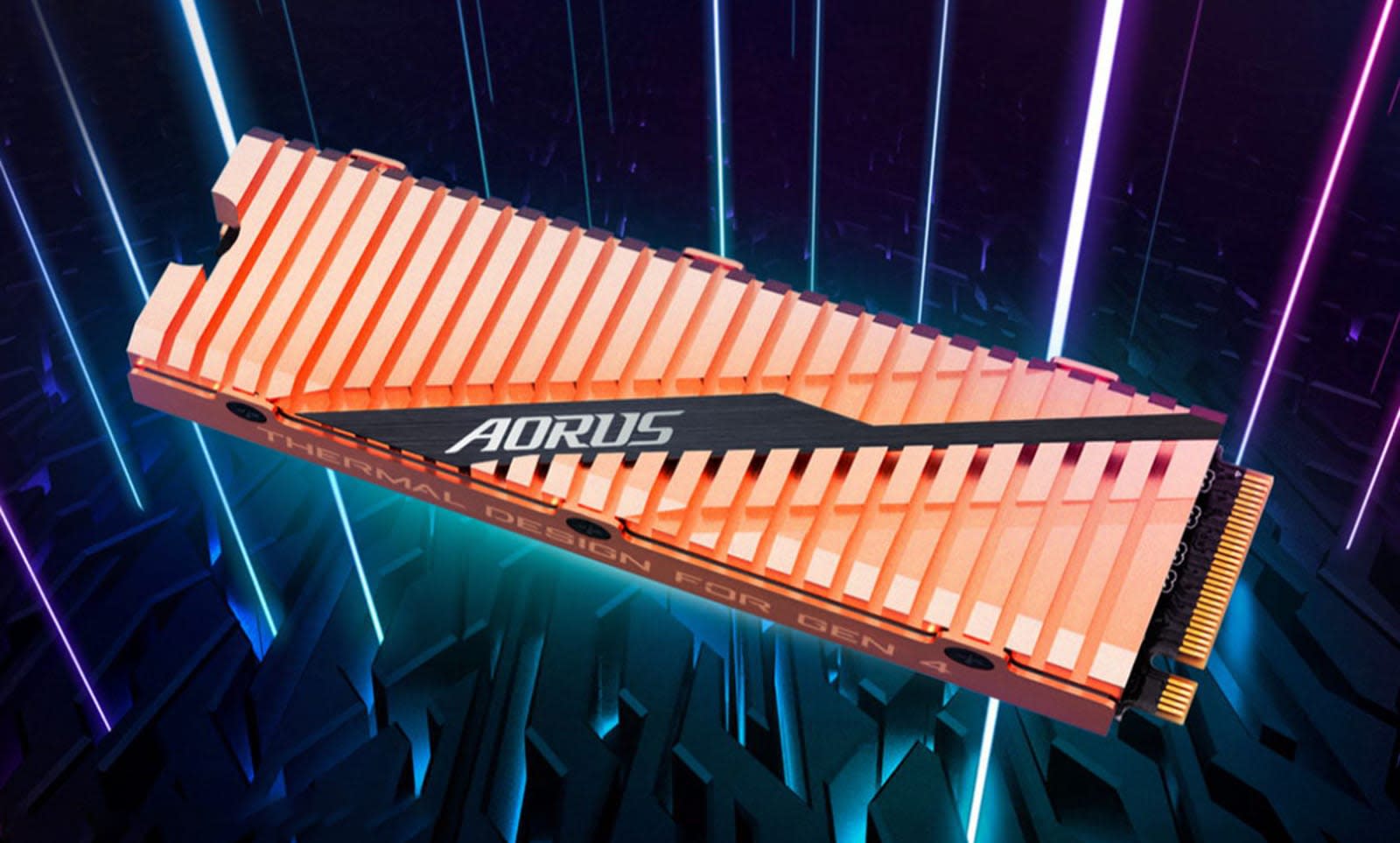 When AMD launched its third-gen Zen 2-based Ryzen processors, it also introduced the next generation PCIe 4.0 controllers. Now, Gigabyte has launched one of the first PCIe 4.0 NVMe SSDs that shows the incredible speed potential of the new tech. The AORUS NVMe Gen4 SSD can hit up to 5,000MB/s read speeds and 4,400 MB/s write performance. That's about 56 percent faster read and over double the write speeds of Samsung's 970 EVO, currently one of the fastest NVMe SSDs on the market.

Gigabyte isn't the only company to launch a PCI 4.0 SSD, as Corsair also unveiled the MP600 NVMe SSD with very similar performance. Both products use the Phison PS5016-E16 controller and 3D TLC (triple-level cell) NAND flash memory chips (from Toshiba, in the case of the AORUS).

The AURUS NVMe Gen4 SSD has a full body copper heat spreader, indicating that things might get pretty hot when it hits those top speeds. Gigabyte claims that the heatsink reduces temperatures by about 14 percent.

The drive will come in 1TB and 2TB sizes and the only way to get the most out of it, for now, will be to buy Gigabyte's X570 motherboard and one of the new Ryzen processors. Everything, including the AORUS SSD, motherboard and Ryzen chips will arrive sometime in July. There's no price, but given that this is a bleeding edge product, expect to be one of the more expensive NVMe SSDs available.

In this article: 5GBbs, AORUS, gear, Gigabyte, PCIe4, personal computing, personalcomputing, SSD
All products recommended by Engadget are selected by our editorial team, independent of our parent company. Some of our stories include affiliate links. If you buy something through one of these links, we may earn an affiliate commission.