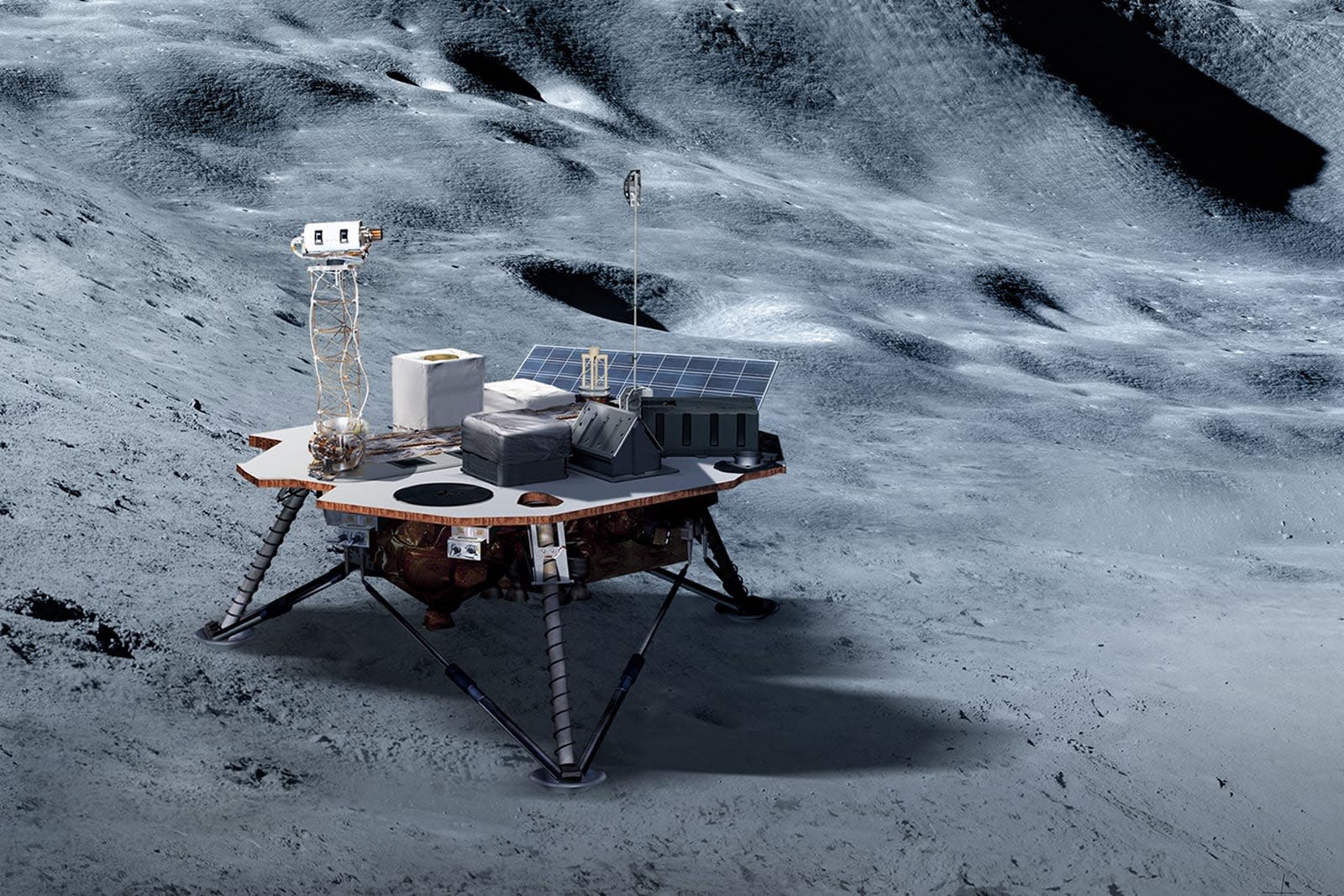 NASA has edged one step closer to fulfilling its dreams of returning to the Moon. The agency has chosen its first three commercial Moon landing service providers, each of which will carry NASA-supplied science and technology missions as part of the Artemis Moon program. The first, OrbitBeyond, will deliver up to four payloads to the Moon's Mare Imbrium by September 2020 thanks in part to a $97 million contract. Astrobotic is receiving $79.5 million to send as many as 14 payloads to the Lacus Mortis crater by July 2021, while Intuitive Machines will get $77 million in return for flying up to five payloads to the Oceanus Procellarum "dark spot" in a similar time frame.

Every partner will provide "end-to-end" services like integration, launch and operations. And while each of the companies has proposed flying particular equipment, NASA will decide the exact payloads for each flight before the end of the summer. The possible devices will cover everything from general science through to human landing-oriented tasks like identifying the lander position and studying lunar radiation.

These are "just the beginning" of NASA's private partnerships, the administration's Thomas Zurbuchen said. There are already more on deck, with private spaceflight companies like Blue Origin and SpaceX currently competing for the chance to build NASA's crewed lunar lander. It's far too soon to know how well this will work, of course, but it's safe to say this corporate-focused approach is a sharp contrast to the Apollo landings from half a century ago.

In this article: artemis, astrobotic, gear, intuitive machines, moon, nasa, orbitbeyond, politics, science, space, spaceflight, TL19MOON, tomorrow
All products recommended by Engadget are selected by our editorial team, independent of our parent company. Some of our stories include affiliate links. If you buy something through one of these links, we may earn an affiliate commission.