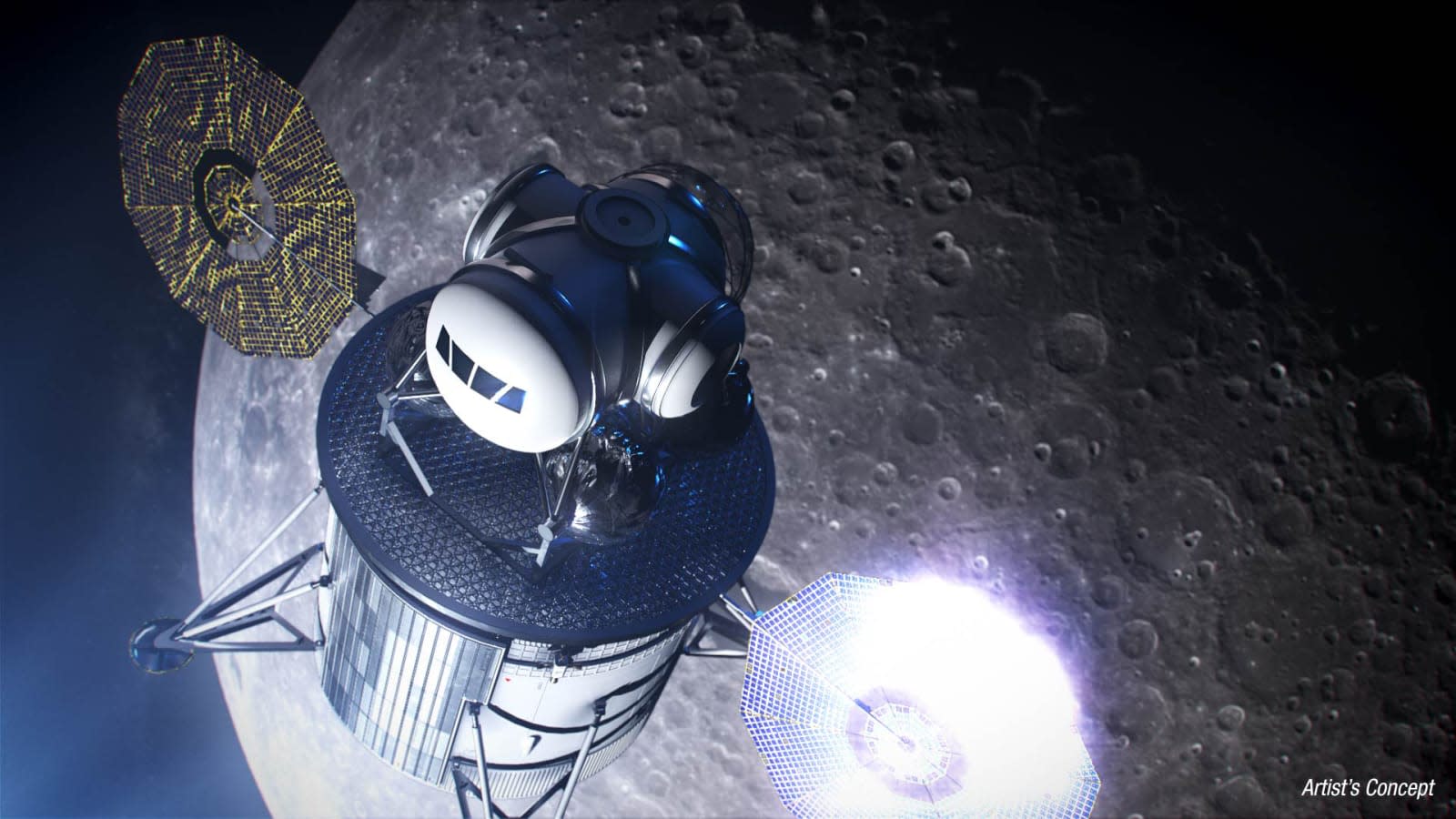 NASA has revealed its efforts to create a human landing system shortly after it announced the Artemis lunar exploration program. The space agency has teamed up with 11 private space companies, including SpaceX and Blue Origin, to conduct studies and build prototypes of a lander that can carry astronauts to the surface of the moon. NASA is awarding the companies a total of $45.5 million to work on the project over the next six months under the Next Space Technologies for Exploration Partnerships program.

The agency is hoping the initiative could lead to the development of a human landing system that includes a transfer vehicle astronauts can use from its proposed orbital moon base called the Gateway to low-lunar orbit. In addition, the lander must also have a descent element that can carry the astronauts to the lunar surface and an ascent element that can ferry them back up to the Gateway. Finally, NASA wants the lander and its components to have refueling abilities to make them reusable.

A few days ago, the administration has submitted an amendment to the fiscal 2020 budget that would add another $1.6 billion to the $10.7 billion budget set aside to take the first woman and the next man to the moon by 2024. Called the Artemis exploration project, the mission is meant to carry American astronauts to the moon's south pole in five years' time and to establish our presence on Earth's natural satellite by 2028.

In this article: artemis, blue origin, moon, nasa, space, spacex, tomorrow
All products recommended by Engadget are selected by our editorial team, independent of our parent company. Some of our stories include affiliate links. If you buy something through one of these links, we may earn an affiliate commission.