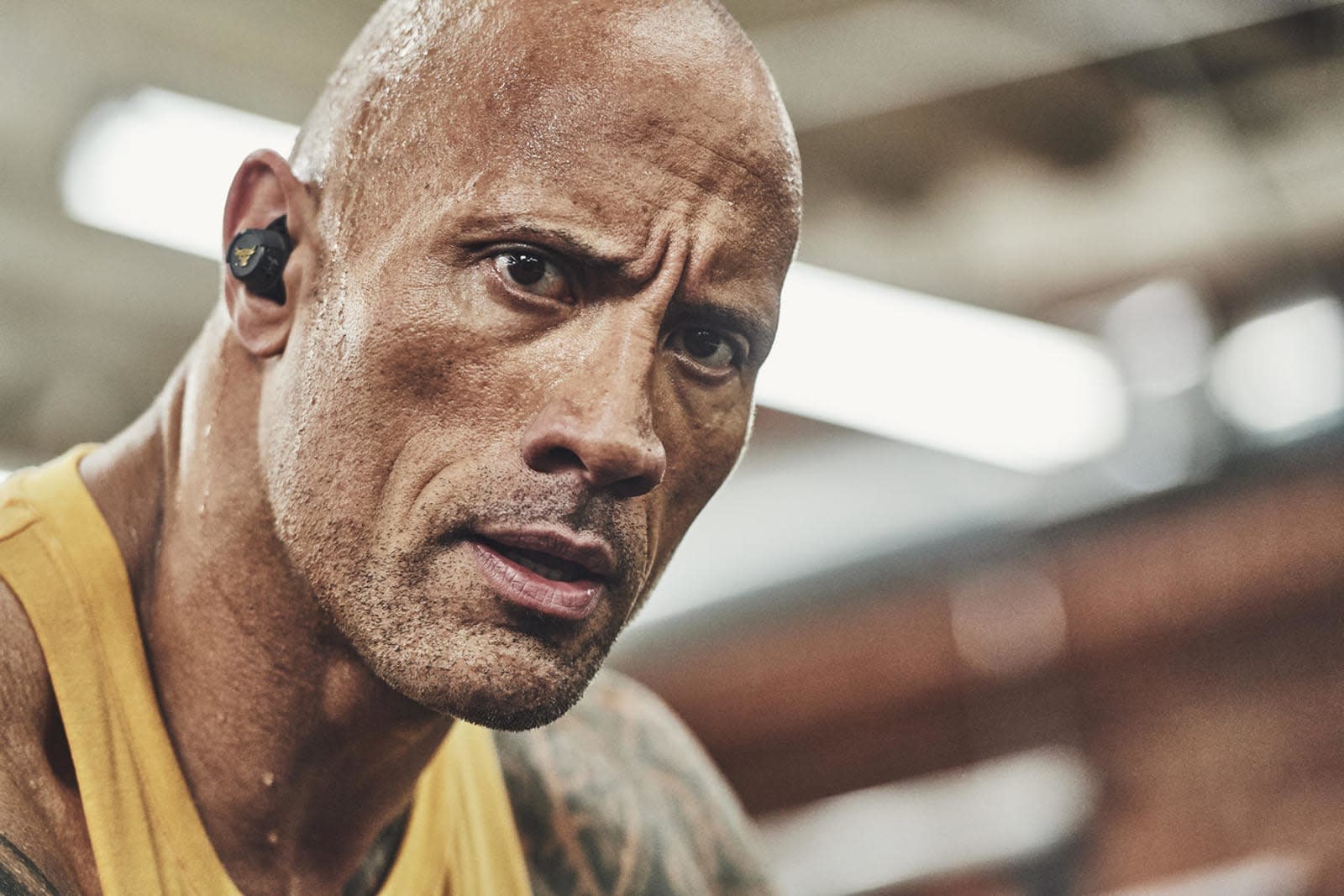 The tag team partners of Dwanye Johnson and Under Armour have teamed up again for a new product in their collaborative line. the activewear company announced today the Project Rock True Wireless In-Ear Headphones. The fitness-focused earbuds are designed to be sweat proof and to stay in the wearer's ear even in the most intense workouts. Under Armour claims the headphones get about 5 hours of continuous playback on a full charge. they also come with a charging case that can add up to 20 hours of listening. The wireless earbuds retail for $199 and will start shipping on June 7th. 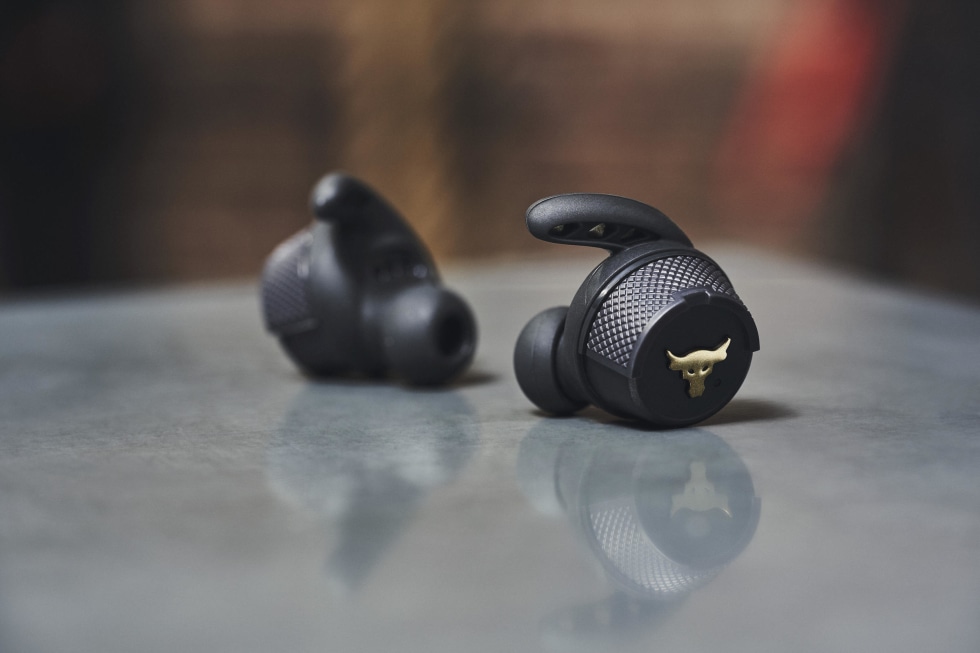 The Project Rock True Wireless In-Ear Headphones also feature UA TALKTHRU, which basically just lets you take calls and have conversations through the headphones (and cribs from similar technology found in JBL's own wireless earbuds). The bull logo on the side of the earbuds doubles as a button that when pressed activates a noise-canceling feature for when you're trying to focus on the task at hand and block out external distractions.

These are the second headphones to comes from the Project Rock line. The first, the UA Sport Wireless Train Project Rock Edition, was introduced last year. The over-the-ear headphones feature a similar sweat-resistant body and are bolstered by JBL's audio technology including 40mm drivers.

In this article: dwayne johnson, gadgetry, gadgets, gear, jbl, project rock, Project Rock True Wireless In-Ear Headphones, the rock, under armour, wireless headphones
All products recommended by Engadget are selected by our editorial team, independent of our parent company. Some of our stories include affiliate links. If you buy something through one of these links, we may earn an affiliate commission.