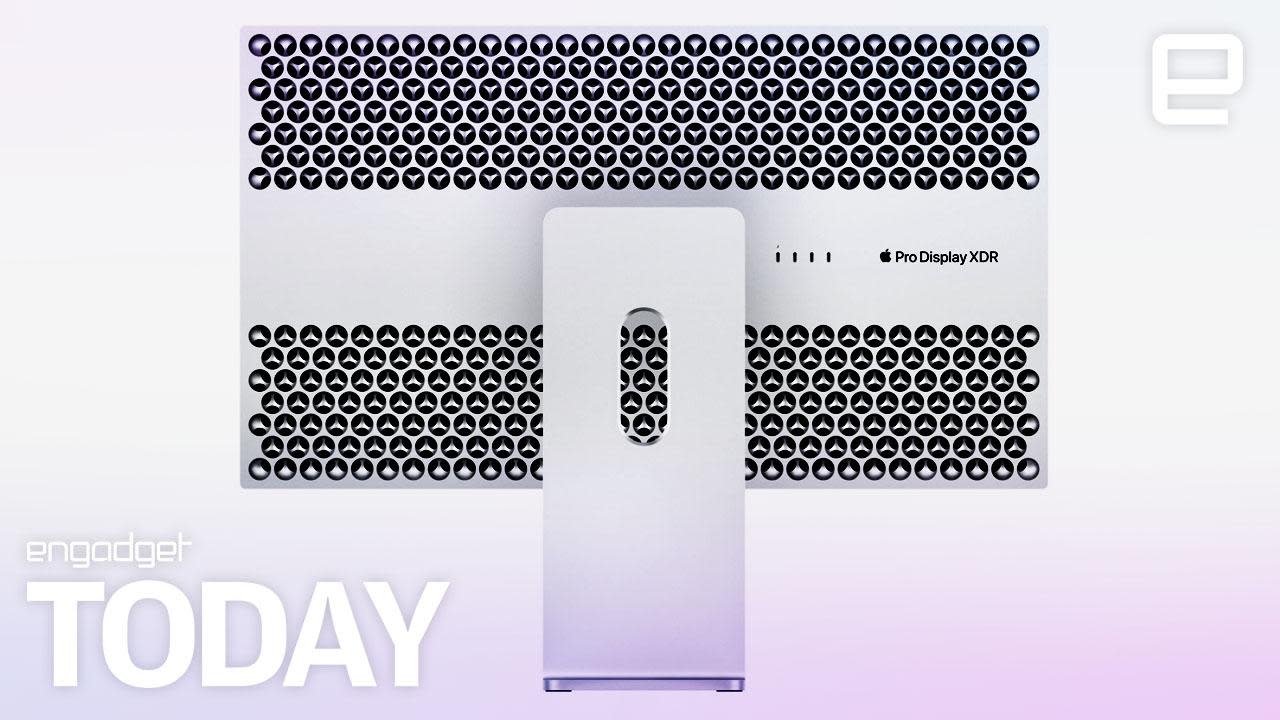 You can pinpoint the exact moment when Apple lost the WWDC audience on Monday. John Ternus, the company's VP of hardware engineering, had just revealed that the Pro Display XDR, its new high-end 6K monitor, will cost $4,999. That's pricey, but reasonable considering all of the features it offers. But then there was one more thing, and not the good kind. One hour, forty two minutes and five seconds into the keynote stream, he revealed that the Pro Display's stand is a separate $999 purchase. The crowd, which was mostly enthusiastic until then, erupted into cautious murmurs -- enough to make Ternus stammer as he continued on. He was completely unprepared for the Apple faithful to question the glorious technology being bestowed upon them. 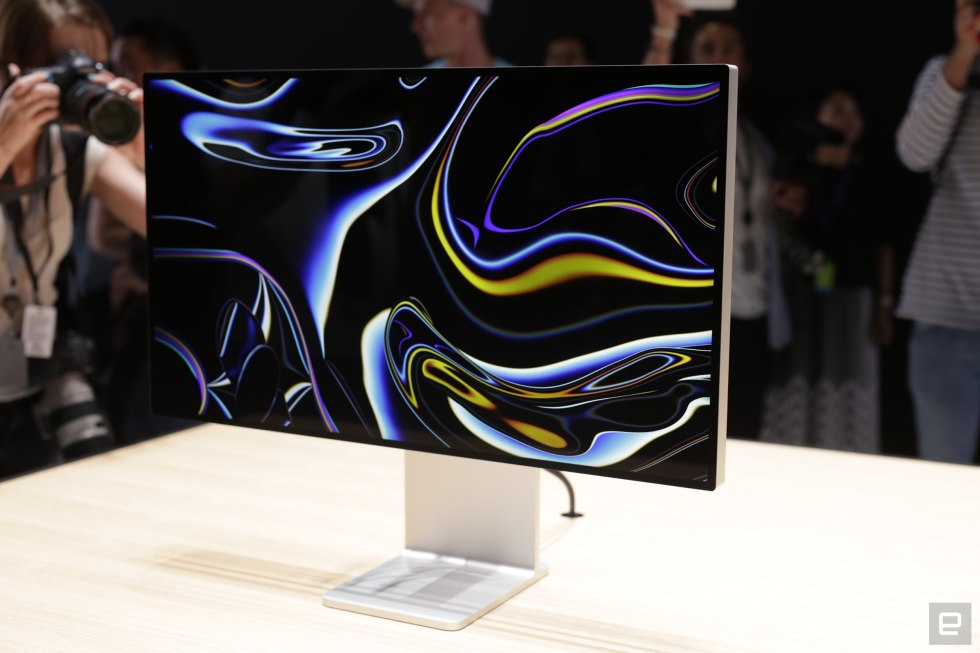 Here's the thing: The Pro Display XDR stand seems nice. It has the sort of elegant modernist design you'd expect from Apple; it can smoothly tilt up to 25 degrees, while also holding everything firmly in place; and it can even be nudged into portrait mode. But is it worth $999? Unlikely. From my perspective, as someone who spends way too much time thinking about the relative value of electronics, it seems like a raw deal. And it continues a trend we're seeing from Apple recently: trying to upsell attractive tech that ultimately doesn't do much for users.

Consider the MacBook Pro. Four years after Apple replaced its function keys with the touchscreen Touch Bar, it still feels like a half-brained feature. Sure, there's potential for a dynamic and contextual menu bar, but in my experience, it only leads to hesitation. I'm always double-checking the Touch Bar to make sure I'm hitting the right button; there's no way to build up muscle memory like you would with normal keys. Instead of making things easier, the Touch Bar is just a constant source of friction.

And even though the MacBook Pro is Apple's premium notebook line, the only ports you'll find on it are USB-C and a headphone jack. There aren't any memory card slots that pro users actually need, and you can forget about HDMI and Ethernet. Apple expects you to rely on dongles entirely. Meanwhile, Windows PC makers like Dell and Lenovo are crafting sleek machines that somehow manage to fit in those ports. While there's an aesthetic simplicity to sticking with USB-C, is that really worth making life more difficult for a large segment of your customers? 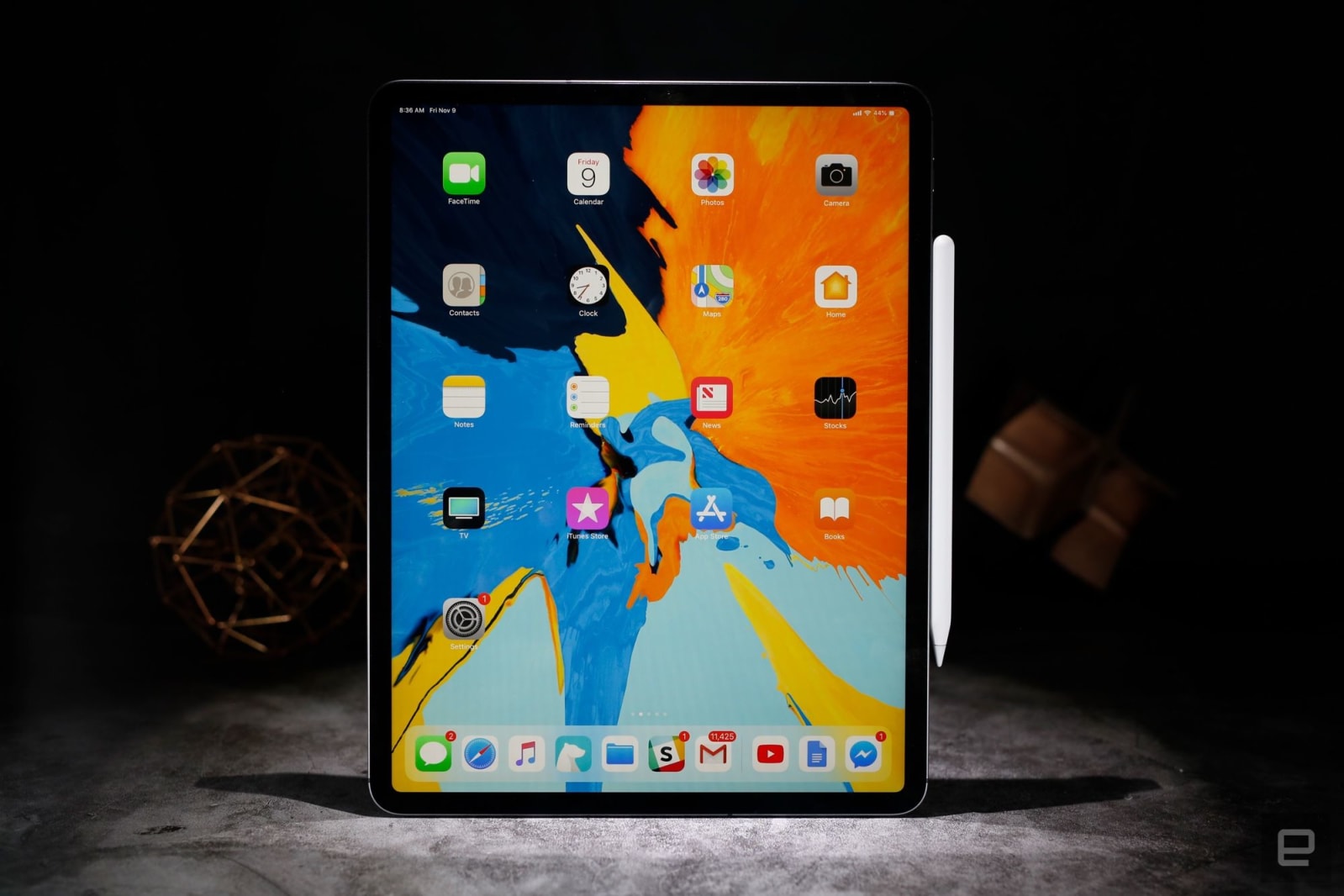 Apple's emphasis on design over usefulness is exemplified by the iPad Pro, one of the most attractive devices the company has ever made, but also one that's been held back severely by iOS. The company's mobile OS was just fine when the iPad was being positioned as more of a consumption device. But its clunky multitasking and lack of a genuine file system makes it difficult to treat the iPad Pro as a genuine notebook replacement. Thankfully, Apple is going to fix those issues with iOS 13 and its iPadOS fork later this year, but until then, the iPad Pro is like a Ferrari with the handling of a go-kart.

And we can't forget the previous "trash can" Mac Pro. Apple was so obsessed with making something that looked unique and fashionable, it dropped the ball when it came to expansion and thermal performance. You know, the things pro users actually care about. The company eventually apologized for that machine, and promised a more useful follow-up. That's the modular Mac Pro the company just announced. It's a return to a more traditional desktop tower design, and while that might seem regressive from a design perspective, it comes with some useful changes, like PCIe expansion slots and "Afterburner" to speed up 4K and 8K video editing.

Now before you rush off to the comments, I'm well aware that professionals have completely different needs than mainstream consumers. They won't balk at paying $5,000 for a monitor if it can get a bit closer to reference screens that cost upwards of $40,000. And they won't blink an eye at the new Mac Pro's $5,999 starting price -- something that can easily scale north of $30,000 depending on what you plug in there.

If that investment means they can get renders and high-resolution editing done faster, it'll be worth it. But no matter how I look at it, I can't see the professional justification for a $999 monitor stand, especially when you can get decent rotating mounts for $32. And judging from the reaction at WWDC, it's clear that even some of Apple's most devoted users are beginning to question its wisdom.

In this article: AOLoriginals, apple, daily show, engadget, Engadget Today, engadget video, entertainment, gadgetry, gadgets, gear, monitors, personal computing, personalcomputing, Pro Display XDR
All products recommended by Engadget are selected by our editorial team, independent of our parent company. Some of our stories include affiliate links. If you buy something through one of these links, we may earn an affiliate commission.