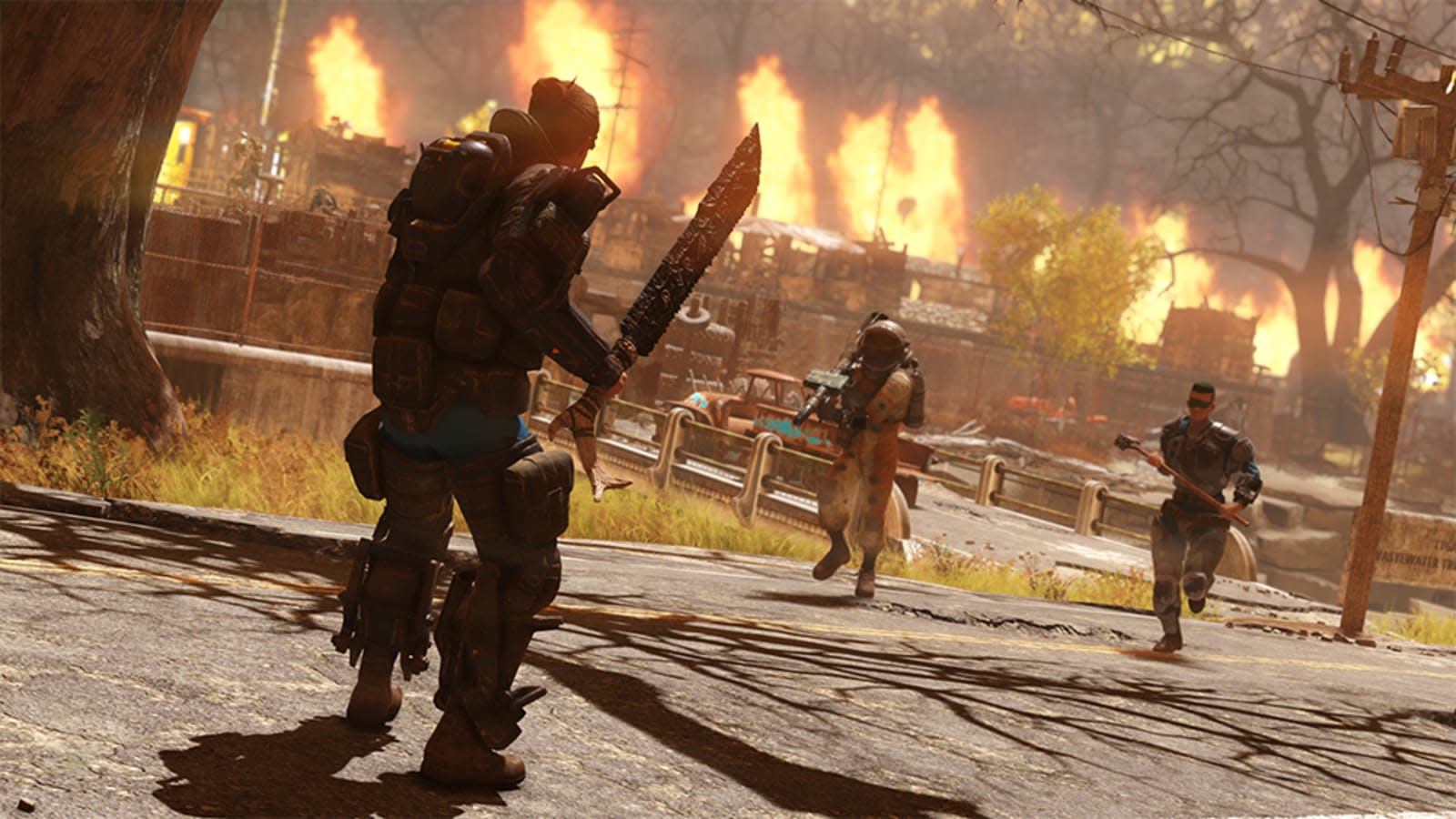 Back in February, Bethesda detailed its plan to revitalize Fallout 76 in 2019. After all, it's no secret that the developer's shared-world action RPG is in desperate need of improvement, having been plagued by a number of serious issues since it launched in November of 2018. And today, at its pre-E3 2019 event, Bethesda revealed the next major update for Fallout 76: Wastelanders, which it says will "fundamentally change the game." The biggest difference is the addition of non-player human characters, a feature that's going to make Fallout 76 feel a lot more like Fallout, thanks to a new main quest as well as choice and consequence scenes. You'll also get new weapons and gear, naturally.

The free update to Fallout 76 Wastelanders is scheduled to arrive later this fall. That said, you'll have a chance to play the overhauled game June 10th-June 17th. Better yet, Bethesda is bringing a battle royale mode called "Nuclear Winter" to Fallout 76, which is going to let 52 players loot and fight it out in the wasteland. Nuclear Winter will be part of that free trial, in case you want to put it to the test before it officially launches later in 2019.

In this article: av, battle royale, bethesda, e3, e32019, entertainment, fallout, fallout 76, fallout 76 wastelanders, gaming, nuclear winter, wastelanders, gear
All products recommended by Engadget are selected by our editorial team, independent of our parent company. Some of our stories include affiliate links. If you buy something through one of these links, we may earn an affiliate commission.