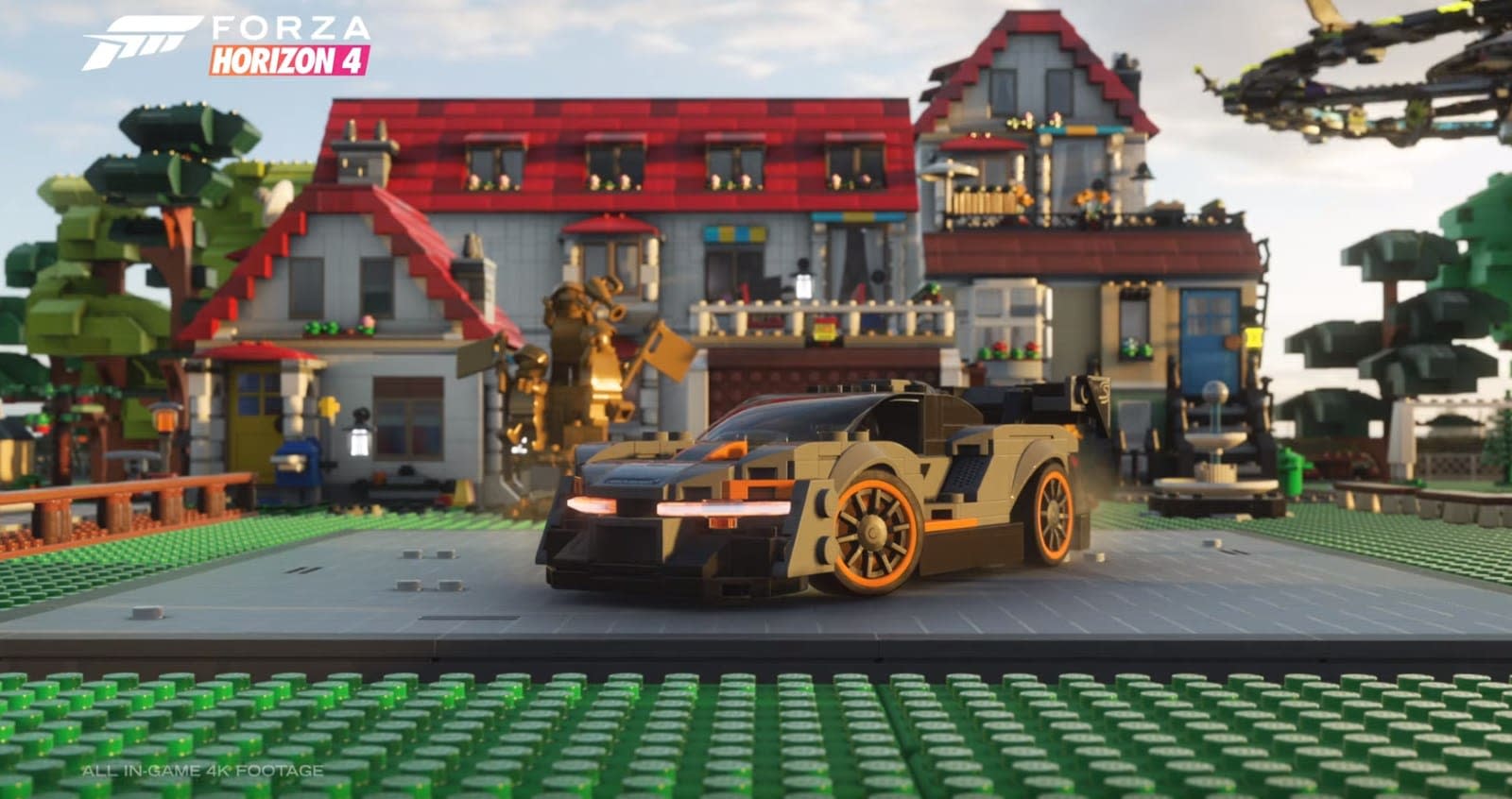 Forza Horizon 4 is getting more playful with the upcoming Lego Speed Champions, which launches this week. Revealed during Microsoft's E3 press conference, the expansion adds a variety of Lego vehicles, but also lets you drive normal cars on blocky tracks. It's a bit of a strange addition for the Horizon open world racing franchise, but hopefully you'll get to race to The Lego Movie's "Everything is Awesome."

In this article: art, Forza Horizon 4, gaming, Lego, Lego Speed Champions, microsoft
All products recommended by Engadget are selected by our editorial team, independent of our parent company. Some of our stories include affiliate links. If you buy something through one of these links, we may earn an affiliate commission.