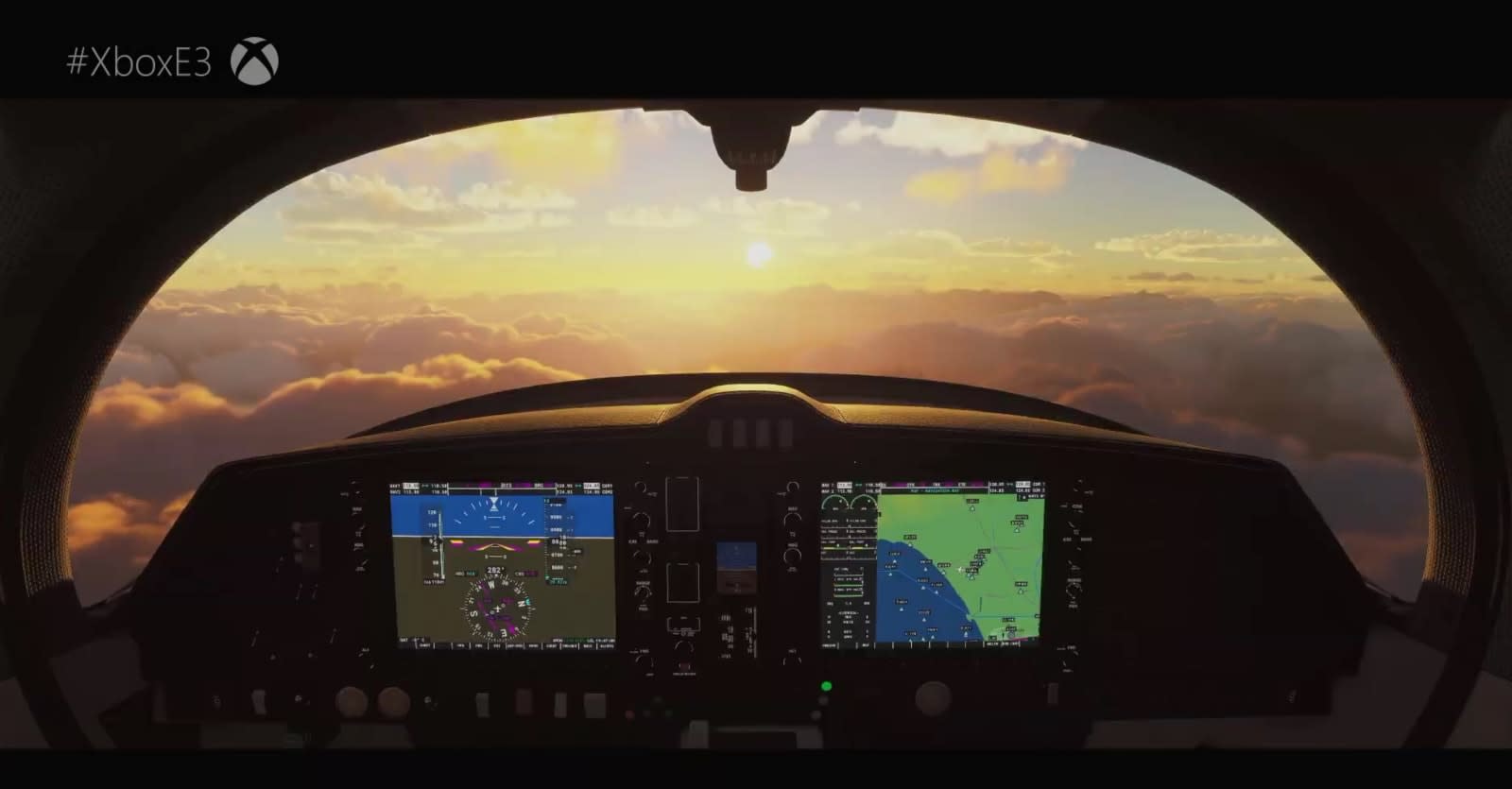 Microsoft showed off the next version of its Flight Simulator game at E3 2019, and it looks incredible. The company began the video teaser showing off a scene from the skies that it says was captured in real-time 4K. As you might expect, the new Flight Simulator's city views are powered by satellite data, as well as artificial intelligence from Azure, Microsoft's cloud computing service. It's not just the views of the mountains, skyscrapers or oceans that look amazing, though -- the planes and helicopters do, too.

Unfortunately, we don't know when it's coming to the Xbox and PC right now, but we'll surely find out in the months to come. For now, enjoy the trailer below.

In this article: 4k, av, e3, e32019, entertainment, flight simulator, gaming, gear, microsoft, pc, simulator, xbox, xbox one
All products recommended by Engadget are selected by our editorial team, independent of our parent company. Some of our stories include affiliate links. If you buy something through one of these links, we may earn an affiliate commission.