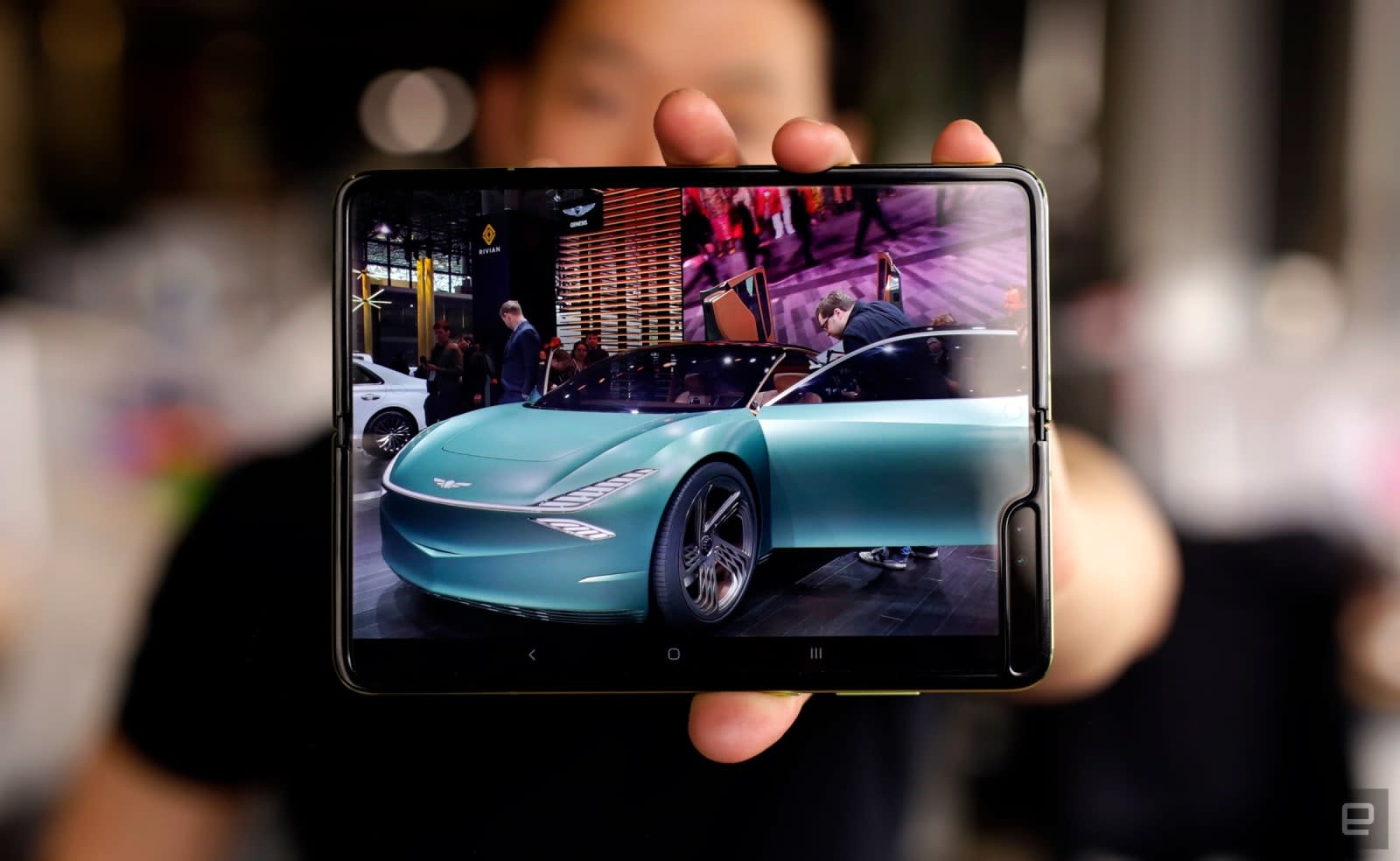 Remember how Samsung said it would narrow down its plans to relaunch the Galaxy Fold sometime in mid-May? Well, it's been a month -- and now those rumors of an extended delay appear to be coming true. A spokesperson has reiterated to CNET that a new release date is still due sometime in "the coming weeks," suggesting that you might not get a new release date until July or later. Given that the phone was originally supposed to be in customer's hands in late April, would-be buyers might just face a delay of three months or more.

Not that Samsung necessarily wants to rush. The original version was inherently fragile, with a screen layer that was all too tempting to peel off and gaps that made it easy for debris to damage the foldable display. If Samsung is going to sell the Fold, it has to reassure buyers that their $1,980 wonder phone isn't going to break because of a wayward crumb, and that means ensuring a high level of fault tolerance. Those extra weeks could prove worthwhile if they prevent additional headaches.

The continuing Fold delays aren't likely to hit Samsung's bottom line. Unlike the Galaxy Note 7 fiasco, the Fold isn't a high-volume device. However, there is a matter of prestige here. Samsung wants to prove that it can make foldable display technology a practical reality, and it can't do that until there's finally a device in someone's pocket.

In this article: android, delay, foldable, foldable phone, folding phone, galaxy fold, gear, mobile, samsung, smartphone
All products recommended by Engadget are selected by our editorial team, independent of our parent company. Some of our stories include affiliate links. If you buy something through one of these links, we may earn an affiliate commission.