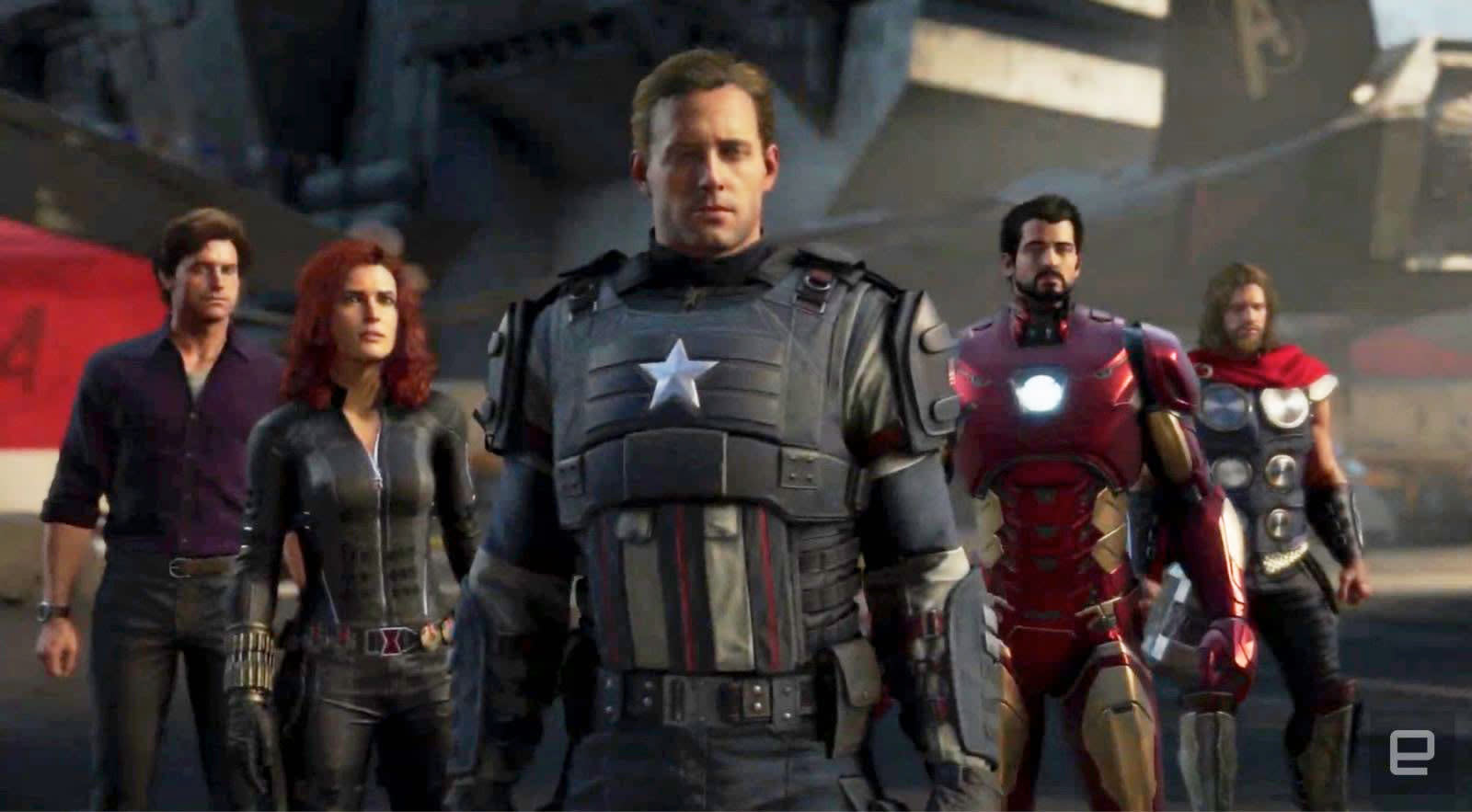 Back in 2017, Square Enix signed a multi-year development deal with Marvel. The first item on their list was a secretive title dubbed, Project Avengers. Tonight, at Square Enix's keynote ahead of E3, the company unveiled the results of its two years of hard work. Behold the newly anointed Marvel's Avengers.

This new Avengers title takes place in San Francisco as the team opens its West Coast HQ when the situation (as they're wont to do in the Marvel Universe) goes sideways. You'll be able to complete the campaign either solo or with the help of up to three co-op partners. The game features top-flight voice talent including Troy Baker (Joe from The Last of Us), who voices Tony Stark, while Nolan North (aka Nathan Drake) lends his verbal skills to Thor and Laura Bailey plays Black Widow.

Tomb Raider developer Crystal Dynamics and Deus Ex studio Eidos-Montreal have both signed onto the project. Best of all, the game will not include any sorts of loot boxes or pay-to-win scenarios. Plus, as Eidos-Montreal executives announced during the event, the studios plan to continue expanding the roster of playable heroes and have no intention of charging players for the additions.

Square Enix also announced that Avengers will be coming to Google's new Stadia game streaming service -- in addition to PS4, PC and Xbox One -- upon its launch on May 15th, 2020.

In this article: av, Avengers, breaking news, crystal dynamics, e32019, EidosMontreal, gaming, Marvel, marvel's avengers, Square Enix, SquareEnix
All products recommended by Engadget are selected by our editorial team, independent of our parent company. Some of our stories include affiliate links. If you buy something through one of these links, we may earn an affiliate commission.