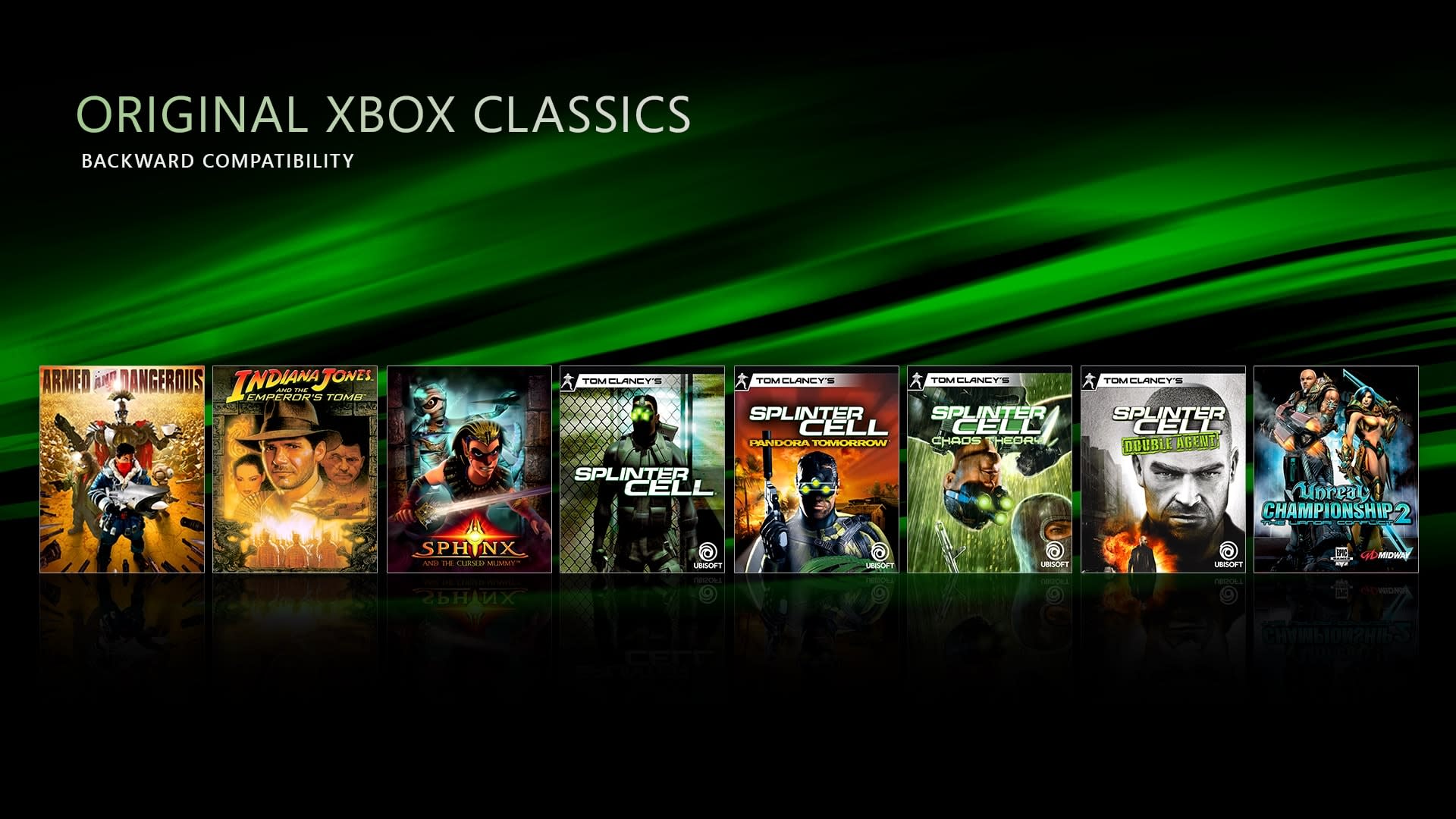 Now that Microsoft has unveiled its Project Scarlett Xbox gaming ambitions, there's some good news and some bad news about backward compatibility. The good news is that games from four generations of Xbox will be playable on the new hardware. Even better news is that a pretty sweet list of titles are being added to the program today. The bad news is that the program, which launched during E3 in 2015, is coming to an end for original Xbox and Xbox 360 games.

That list of new titles includes the full Splinter Cell series from original Xbox, plus Xbox 360 favorites like Skate, Prince of Persia The Forgotten Sands, Enslaved: Odyssey to the West, and others. There's also a slew of Xbox 360 games getting updates to look better on the Xbox One X covering the Perfect Dark series, Viva Pinata, Kameo and the Banjo-Kazooie games.

DLC packs for several Xbox games (including both Star Wars: Battlefront releases and the Splinter Cell games) are now available to Xbox One players for free. Better yet, the awkwardly-received Too Human (remember that one?) is not only part of the catalog, it's available digitally for free.

Now for that bad news. That list of games represents the last of the titles Microsoft is adding -- ever. Now that the company is focusing on making sure Xbox One games play well on future, hardware, "we have no plans to add additional Original Xbox or Xbox 360 titles to the catalog on Xbox One, but we're excited to continue our work on Xbox compatibility across platforms and devices, which remains a top priority."

Hopefully the 600+ games already listed are enough to include your favorites, but some of us will have to keep a working original Xbox around just to satisfy our Rallisport Challenge 2 urges.

In this article: DLC, E32015, E32019, gadgetry, gadgets, gaming, gear, microsoft, Project Scarlett, Skate, Splinter Cell, Too Human, Xbox, Xbox 360, Xbox One
All products recommended by Engadget are selected by our editorial team, independent of our parent company. Some of our stories include affiliate links. If you buy something through one of these links, we may earn an affiliate commission.