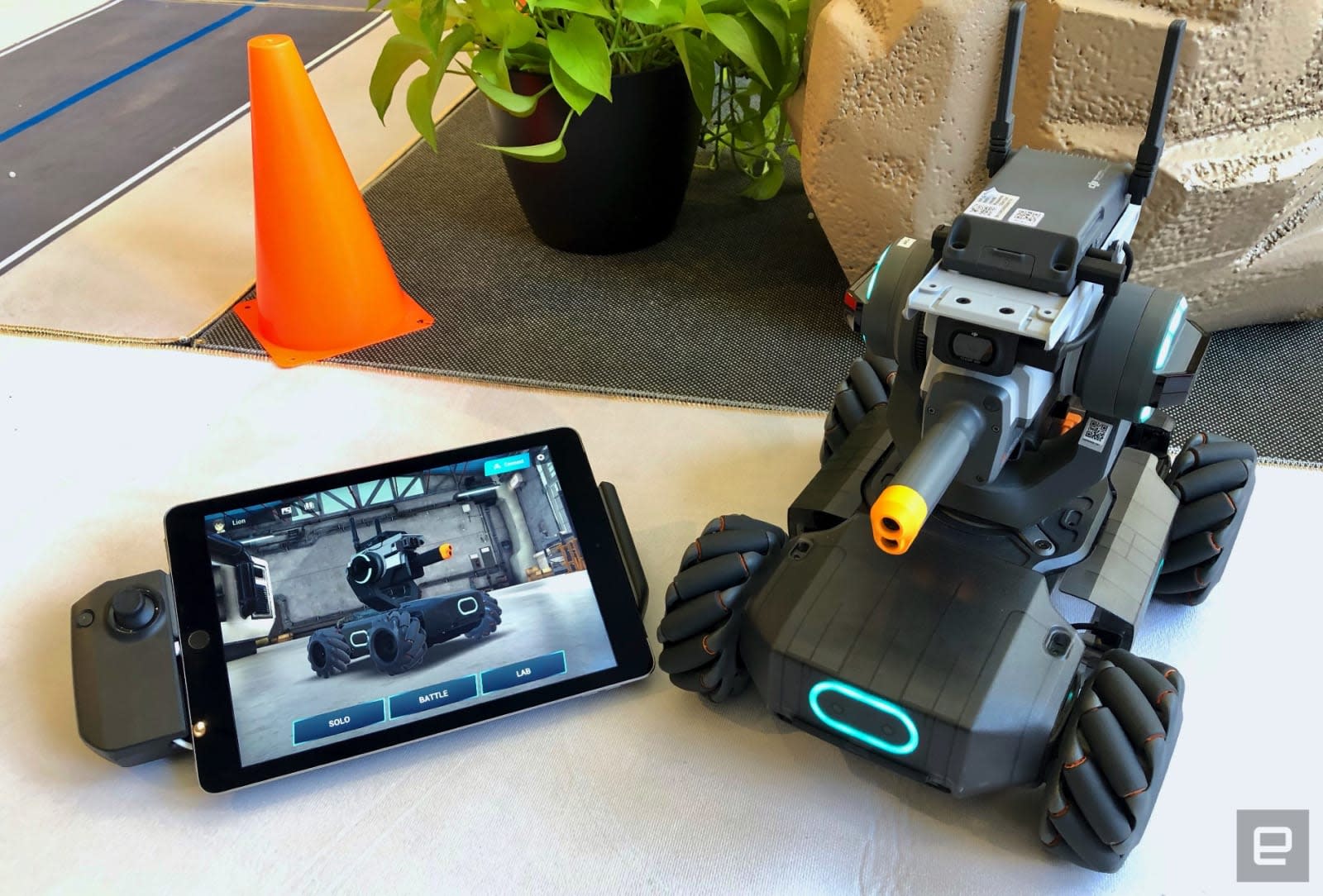 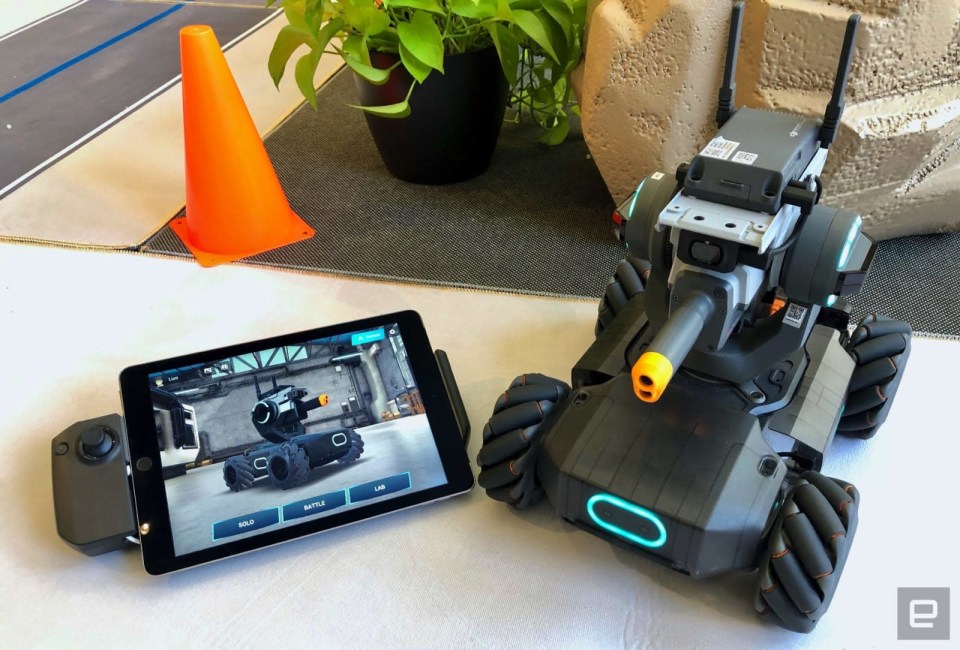 Less than a month after launching its first-ever action camera, DJI is now introducing its first educational robot, The RoboMaster S1, which the company says has been in development for two years, was inspired by a robotics competition that DJI has sponsored and hosted for the past five years, called RoboMaster. DJI says that RoboMaster has been a passion project from founder and CEO Frank Wang, who figured the company could use its know-how in computer vision, artificial intelligence and camera technologies to create a robotics product that it could get "into the hands of everyone." The result of that, DJI says, is the new RoboMaster S1, or S1 for short.

The S1 features high-performance motors, wheels with omni-directional movements, a gimbal, infrared and bead blasters, a speaker and, of course, a tiny camera that can shoot HD video at up to 1080p. By combining all these specs with its computer vision and AI tech, DJI made the RoboMaster S1 smart enough to automatically follow lines in the real world, recognize hand and body gestures (including claps), and it can follow you, too. DJI hopes you use this to create your own courses, races and host your own robot battle with friends. All in all, the S1 has a total of 31 sensors to help it map the world around it.

I had the chance to play with a RoboMaster S1 and I can tell you that this thing is rugged and can definitely take a hit, so you don't have to be afraid to smash it against other robots, walls or objects you put in front of it. According to DJI, the S1 has a maximum speed of 8MPH, and its removable battery can last about 30-35 minutes on a single charge. Meanwhile, the beads that the S1 is capable of shooting are made out of non-toxic materials -- which is going to bring peace of minds to parents looking to get one of their kids.

Naturally, there's a companion app for the S1, which acts as more than just a controller. In it, you'll find three different modes: Road to Mastery, DIY Programming and RoboAcademy. You can use the app to program the S1 to follow a specific course, using programming languages such as Python and Scratch, which are built right into the RoboMaster application. The S1 will also ship unassembled, as DJI wants people to build it from the ground up. The company says that process should take between two and four hours, and the robot will come with goggles and visual markers that you can use to create your physical courses.

The RoboMaster S1 will be available starting June 12th for $499, which is much higher than Sphero's $199 RVR coding-friendly robot. Granted, the S1 does have a lot more tech inside it. That said, since the S1 is designed to be an educational product, after all, DJI says it will offer special pricing to students and teachers -- though it's unclear just how deep that discount will be. 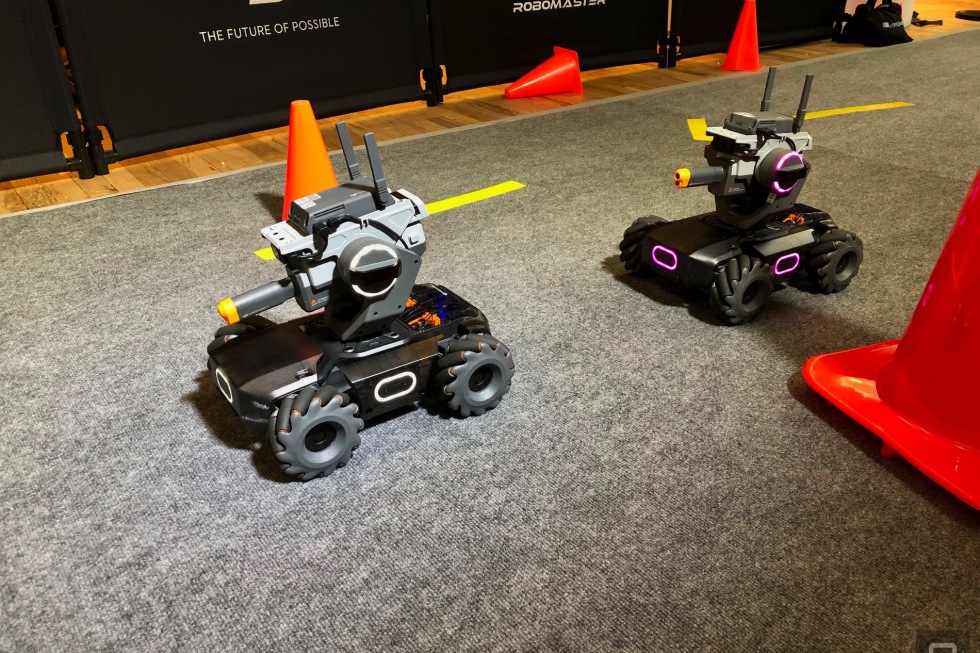 17
In this article: dji, dji rm s1, dji robotmaster s1, dji s1, education, educational, educational robot, entertainment, gadgetry, gadgets, gaming, gear, python, rm s1, robot, robotmaster, robotmaster s1, robots, s1, scratch, stem, transportation
All products recommended by Engadget are selected by our editorial team, independent of our parent company. Some of our stories include affiliate links. If you buy something through one of these links, we may earn an affiliate commission.