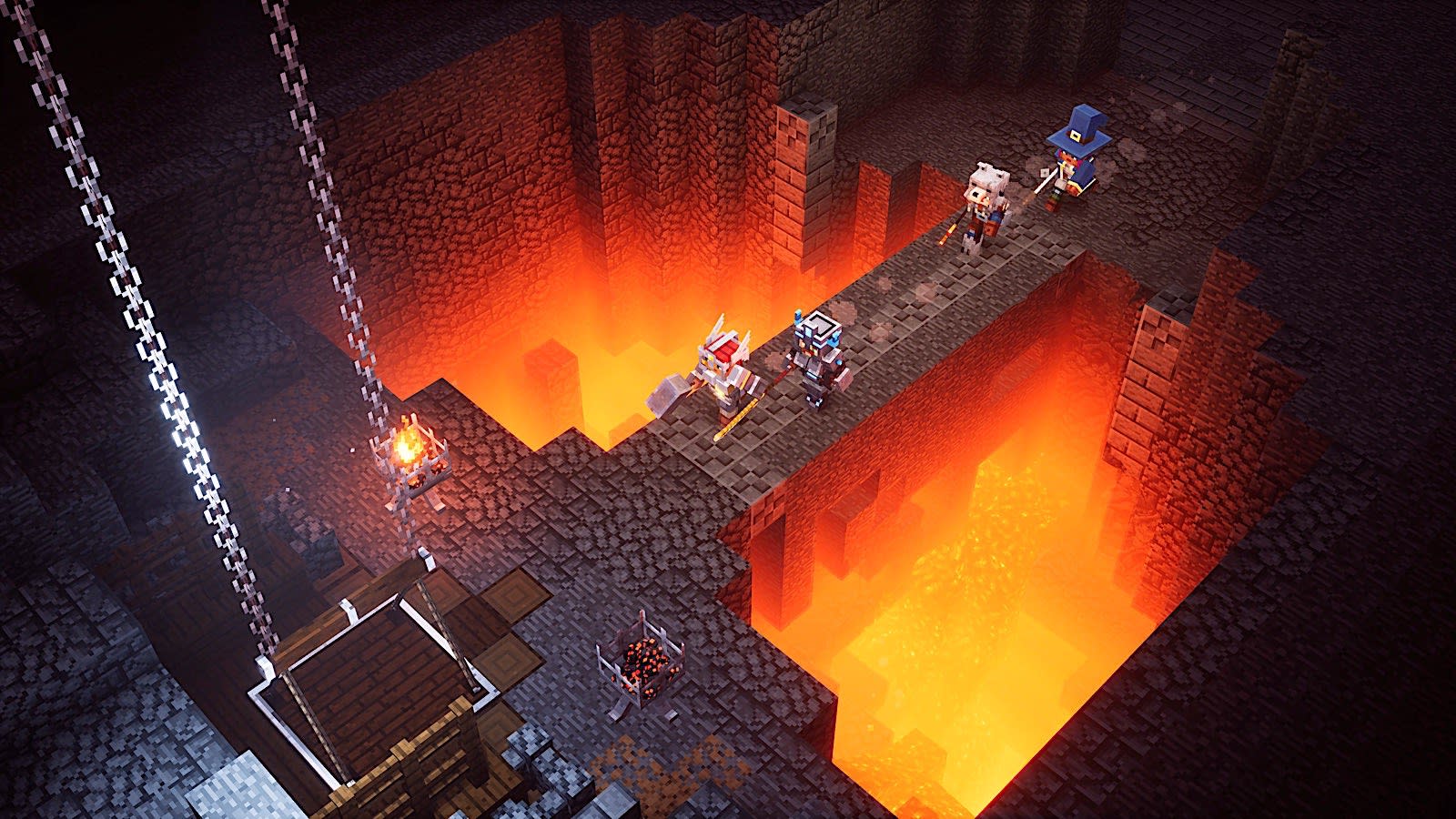 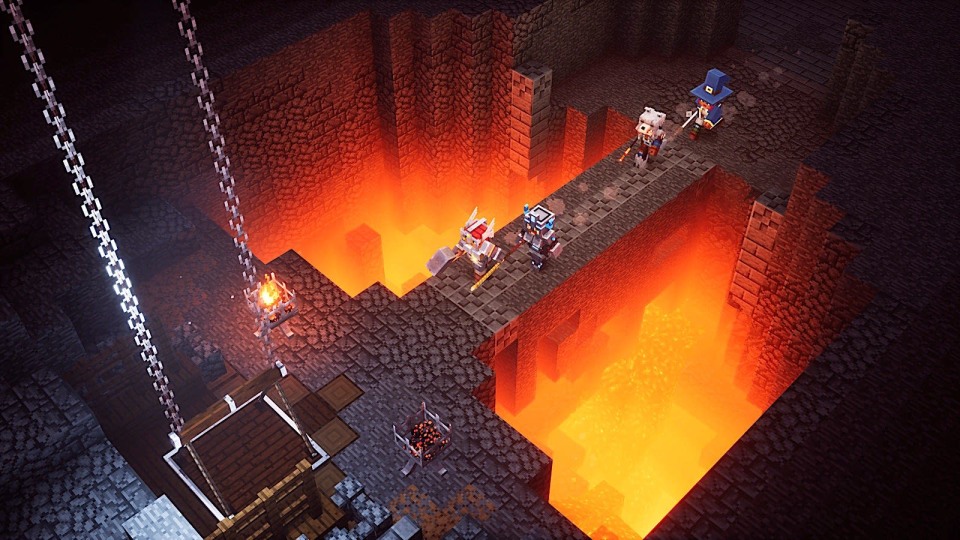 If you've been living under a rock since 2009, or just don't know anybody under the age of 15, you may not be aware that Minecraft is kind of a big deal. Like, "best selling videogame of all time," kind of a big deal. At E3 2019, the game's developer, Mojang, revealed its next project in the block-based world, Minecraft Dungeons. While the original iteration of Minecraft focused largely on crafting and exploration, Dungeons is firmly set within the Action RPG genre. Players (and up to three friends either local or online) are tasked with exploring nine procedurally generated levels, dubbed "biomes", to hunt for troves of treasure and defeat the evil Arch-Illager. But this isn't some blocky Golden Axe ripoff, Dungeons is designed specifically to give players an unprecedented degree of freedom in how (and with whom) they play the game.

For example, there are no classes, only armor types. Every player is equipped with a melee and ranged weapon, and can summon familiars like wolves and bats to fight for them. If you want to tank for the party, simply equip your strongest armor. But if, in the middle of a level, you need to say switch to healing or ranged duties, you only need to swap out the heavy armor for a mage's or archer's robe. This allows players and teams to quickly adapt their play style to the challenges at hand.

What's more, all weapon and armor types can be used in combination with one another. If you want to wear a healing mage's armor and swing a huge battlehammer on the front lines, go for it. Plus, all status effects (lightning, poison, fire, etc) are inherent to the weapon they're imbued into so even when you level up, there are no latent skills you have to worry about unlocking or talent trees to reset. Weapons and supplies will, par for the course, randomly drop from defeated mobs. These drops follow the standard common, rare and unique levels, with the better gear offering improved defense and stat boosts. The flexibility in gameplay extends to players' relative levels as well. Mojang executive producer David Nisshagen explained during the demo that health and inflicted damage are both scaled in Dungeons so that low level players can theoretically fight alongside level maxed players and still survive the level, they simply won't be contributing much towards turning the tides of victory. Establishing a raiding party is equally simple. You can either directly drop in (or out) of a group that's already in a dungeon or cobble one together in the game's lobby.

Minecraft Dungeons will be available on XBox One, Xbox Game Pass, PS4 and Switch when it is released Spring 2020. It's expected to retail for $20, $30 if you spring for the Hero Edition.

In this article: av, breaking news, e32019, gaming, ubisoft
All products recommended by Engadget are selected by our editorial team, independent of our parent company. Some of our stories include affiliate links. If you buy something through one of these links, we may earn an affiliate commission.