The iconic Firefox logo has fronted Mozilla's services since 2003 -- now, 16 years later, it's getting a complete makeover. In a blog post published today, the company reveals that it's been working on a new design for the last 18 months in a bid to create iconography that shows it's more than just a browser.

We'd known this had been on the cards for a while. A blog post from last year explained that the "fast fox with a flaming tail doesn't offer enough design tools to represent the entire product family. Recoloring that logo or dissecting the fox could only take us so far. We needed to start from a new place."

And so to that new place. The famous orange fox stretched around a blue globe has been replaced with sleek circular florish of those familiar hues, while extended branding now includes a new typeface, minimalist shapes and a recognizable color palette -- all designed to support Mozilla's ever-growing product line. Depending on how you use Mozilla's services your menus and taskbars could look pretty different, but fans of the fox will be relieved to know its still there representing the browser. 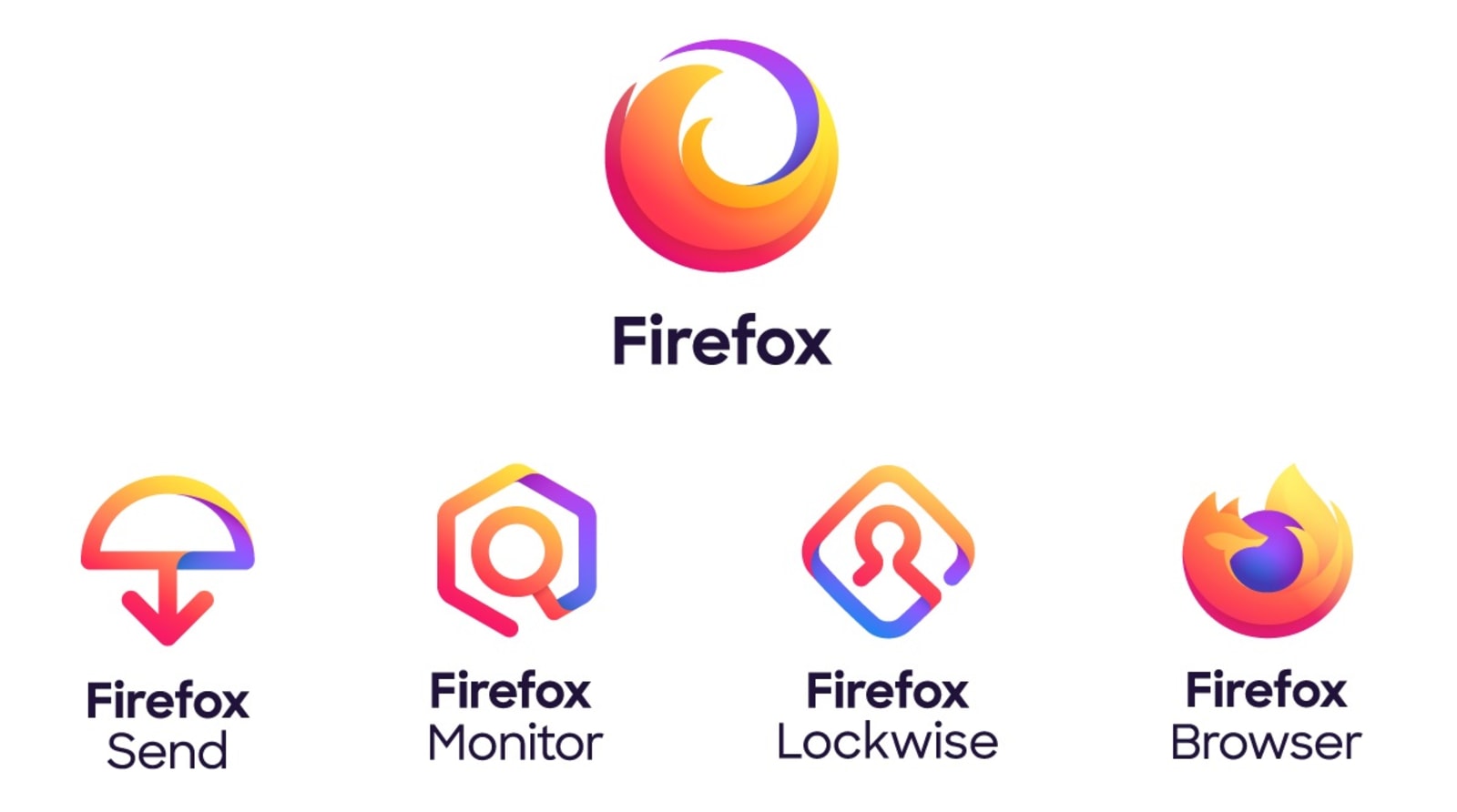