Radiohead has turned the tables on a hacker after a hacker breached Thom Yorke's computer to get hold of demos the band recorded between 1995 and 1998. "We got hacked last week," writes the band's Jonny Greenwood on Radiohead's oblique official blog, Dead Air Space. "Someone stole Thom's minidisk archive from around the time of OK Computer," demanding "$150,000 on threat of releasing it." But, rather than acquiesce to the demand, the group have simply put all 18 hours' worth of material up for sale.

"Instead of complaining," continues Greenwood, "we're releasing all 18 hours on Bandcamp in aid of Extinction rebellion." The archive, which takes up 1.8GB, includes demos and outtakes from the OK Computer sessions, including versions of tracks subsequently reworked for the album. Some of the tracks from these recordings did make it onto the cassette which came with the OK Computer reissue, the rest were "never intended for public consumption." 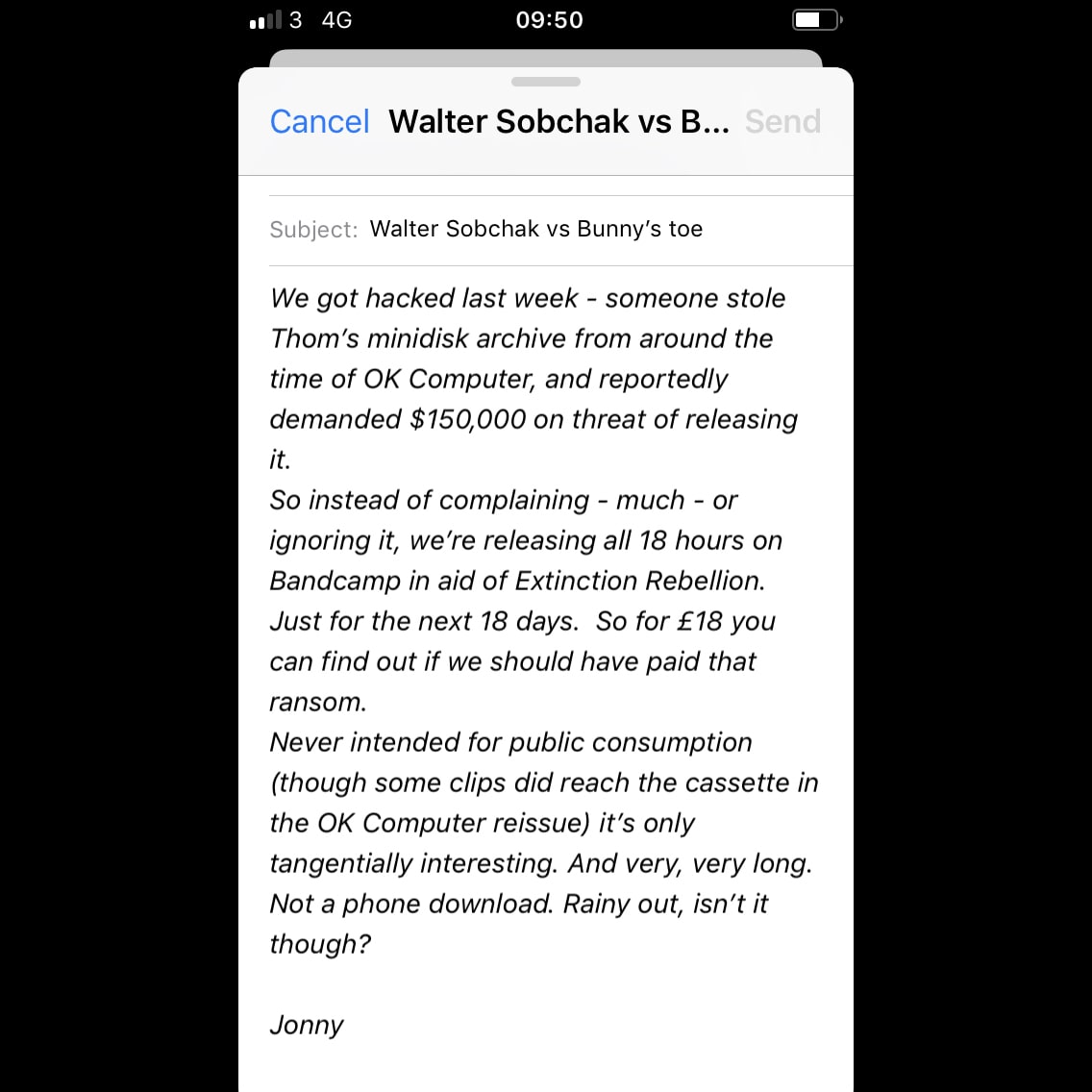 From now until June 28th, you'll be able to spend £18 ($23) to, in the words of Greenwood "find out if we should have paid that ransom." Thom Yorke adds that the recordings are "not v interesting," and that "there is a lot of it," but "as it's out there, it may as well be out there until we all get bored and move on." We haven't yet been able to listen to all 18 hours just yet, but it looks as if MINIDISCS[HACKED] will offer a fascinating insight into how Radiohead crafted one of the greatest albums of all time.

And it's certainly a smart way to avoid giving in to a bully when they threaten to publish 18 hours of your unedited, early work.