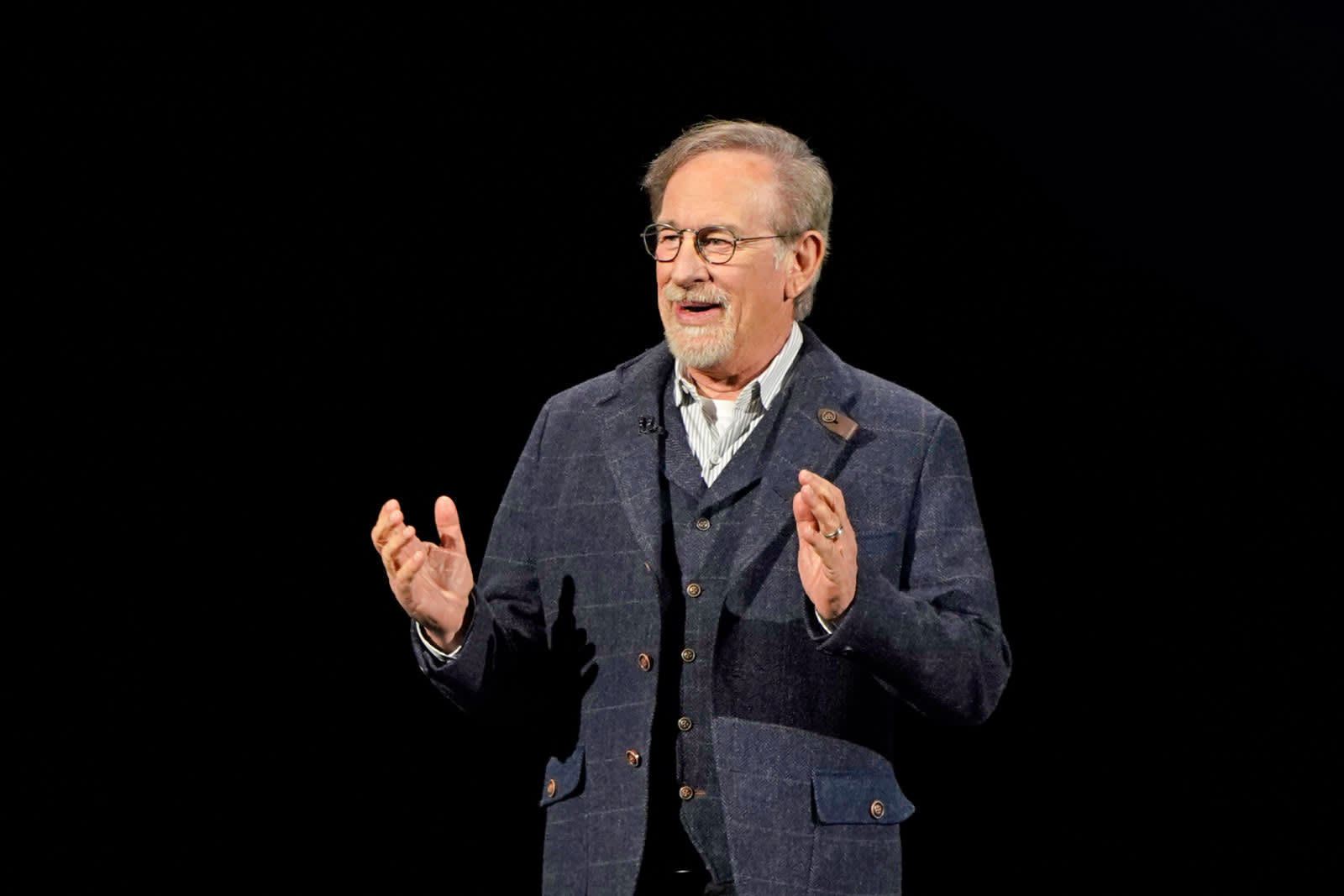 Mobile streaming service Quibi has locked down a number of intriguing projects ahead of its launch next year, including a revival of MTV's Punk'd and a semi-fictionalized account of the story behind Snap. Steven Spielberg is working on a Quibi show too -- he's writing a horror series you'll only be able to watch after the sun goes down.

It's the first project Spielberg has written in quite some time. The last screenplay he's credited with that made it onto screens was A.I. Artificial Intelligence all the way back in 2001, so this is a bit of a coup for Quibi. He's also working on a show for Apple TV+.

Spielberg came up with the idea for the Quibi series, which has the working title of Spielberg's After Dark. The legendary filmmaker has already written five or six episodes of what'll be a 10-12 episode series, Quibi founder Katzenberg said at a conference this week.

One neat quirk about the show is Spielberg wants people to only be able to watch it when it's dark outside. Phones can tell whether the sun is down based on location. During the day, a timer will count down until sundown, at which point you'll be able to stream Spielberg's After Dark. After daybreak, the countdown will pop back up and the episodes will disappear again until the next night.

Meanwhile, Katzenberg offered some more details about Quibi. It'll host projects that have episodes (or chapters in Quibi parlance), typically lasting seven to 10 minutes. The service is designed so you can watch chunks while on the go. Katzenberg and CEO Meg Whitman (the former HP chief) are targeting an April 6th, 2020 launch.

The platform will have two pricing tiers. $8/month gets you ad-free viewing, while for $5/month, you can sign up to a plan with short ads. Quibi will debut with eight "super premium" projects, Katzenberg said, with another major exclusive arriving on the service every other week in the first year. He added that 125 "pieces of content" will arrive on Quibi each week, including animated shows, non-scripted series and news.

Katzenberg and Whitman seem determined to make a splash with the platform. They've raised $1 billion in funding so far, and signed up a string of big names for various projects, including Steven Soderbergh, Guillermo del Toro, Sam Raimi, Catherine Hardwick, Anna Kendrick and Laurence Fishburne.

In this article: av, entertainment, horror, jeffrey katzenberg, JeffreyKatzenberg, quibi, steven spielberg, stevenspielberg, streaming
All products recommended by Engadget are selected by our editorial team, independent of our parent company. Some of our stories include affiliate links. If you buy something through one of these links, we may earn an affiliate commission.