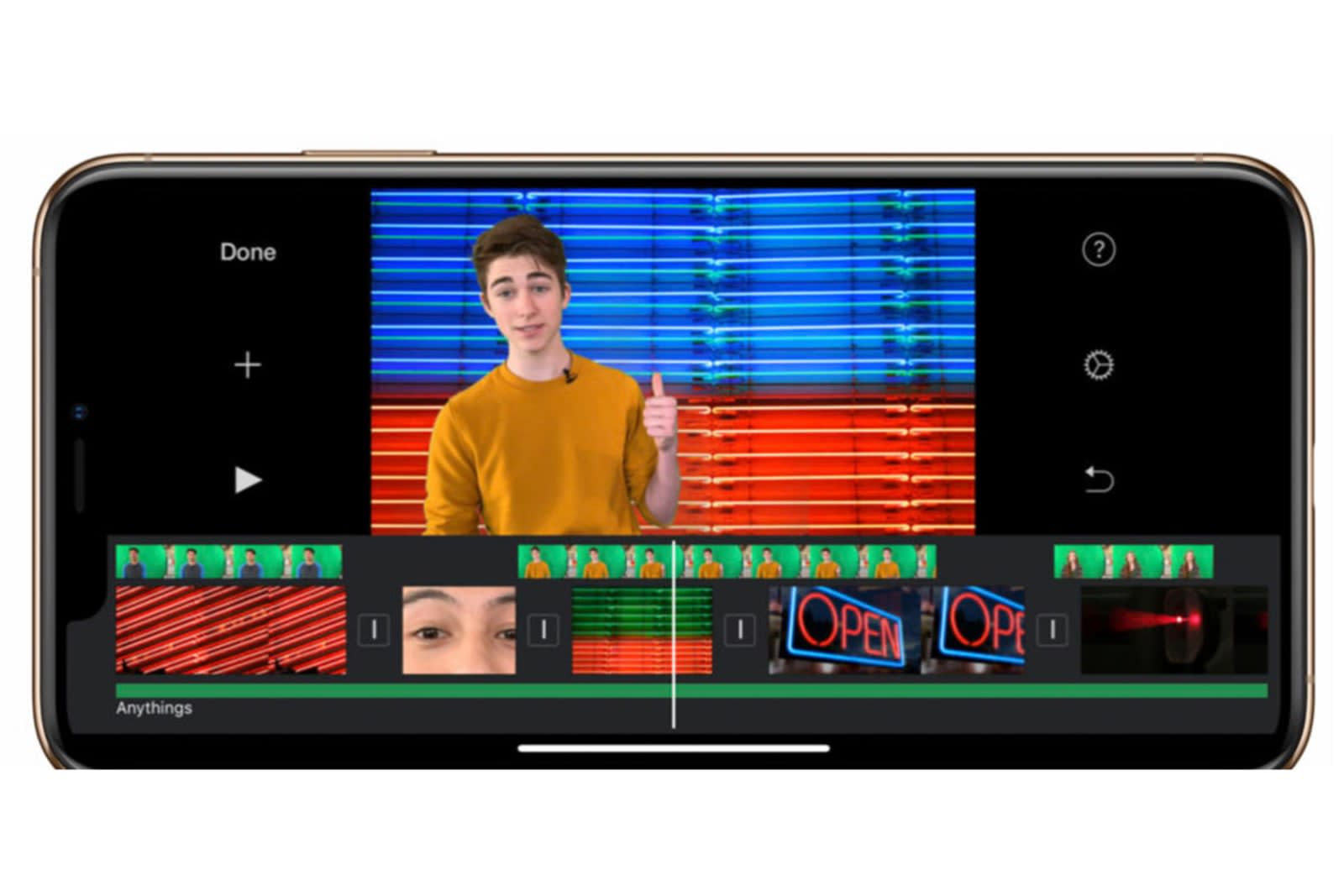 It looks like Apple is taking the casual filmmaker a little more seriously. Its latest update for iMovie for iOS -- out today -- comes with a new green screen effect, better still image support, 80 new soundtracks, graphic overlays and more.

The update's headline feature is undoubtedly the green screen effect -- something already widely available in other video editing apps, so it's about time Apple brought it to iMovie. With this, you can easily remove and edit the background of anything shot in front of a green (or blue) screen, and adjust the effect with a 4-point mask and strength slider.

The 80 new soundtracks -- which automatically adjust to match the length of your film -- cover a range of genres, including pop, chill and action, and you can now drop in still images with transparent backgrounds for use as logo or graphic overlays. In fact, still image management has gotten better overall, with the introduction of photo overlays to create picture-in-picture and split screen effects.

The update also introduces ClassKit support, allowing students to deliver video assignments to teachers via the Schoolwork app. However, it also spells the end of direct-to-iMovie Theater sharing. From now on you'll have to save movies to iCloud Photos in order to watch them on other devices. iMovie is available as a free download for the iPhone and iPad from the App Store.

In this article: apple, av, cameras, ClassKit, design, entertainment, graphics, green screen, image, iMovie, iOS, iPad, iPhone, mobile, picture, services, update, video editing
All products recommended by Engadget are selected by our editorial team, independent of our parent company. Some of our stories include affiliate links. If you buy something through one of these links, we may earn an affiliate commission.