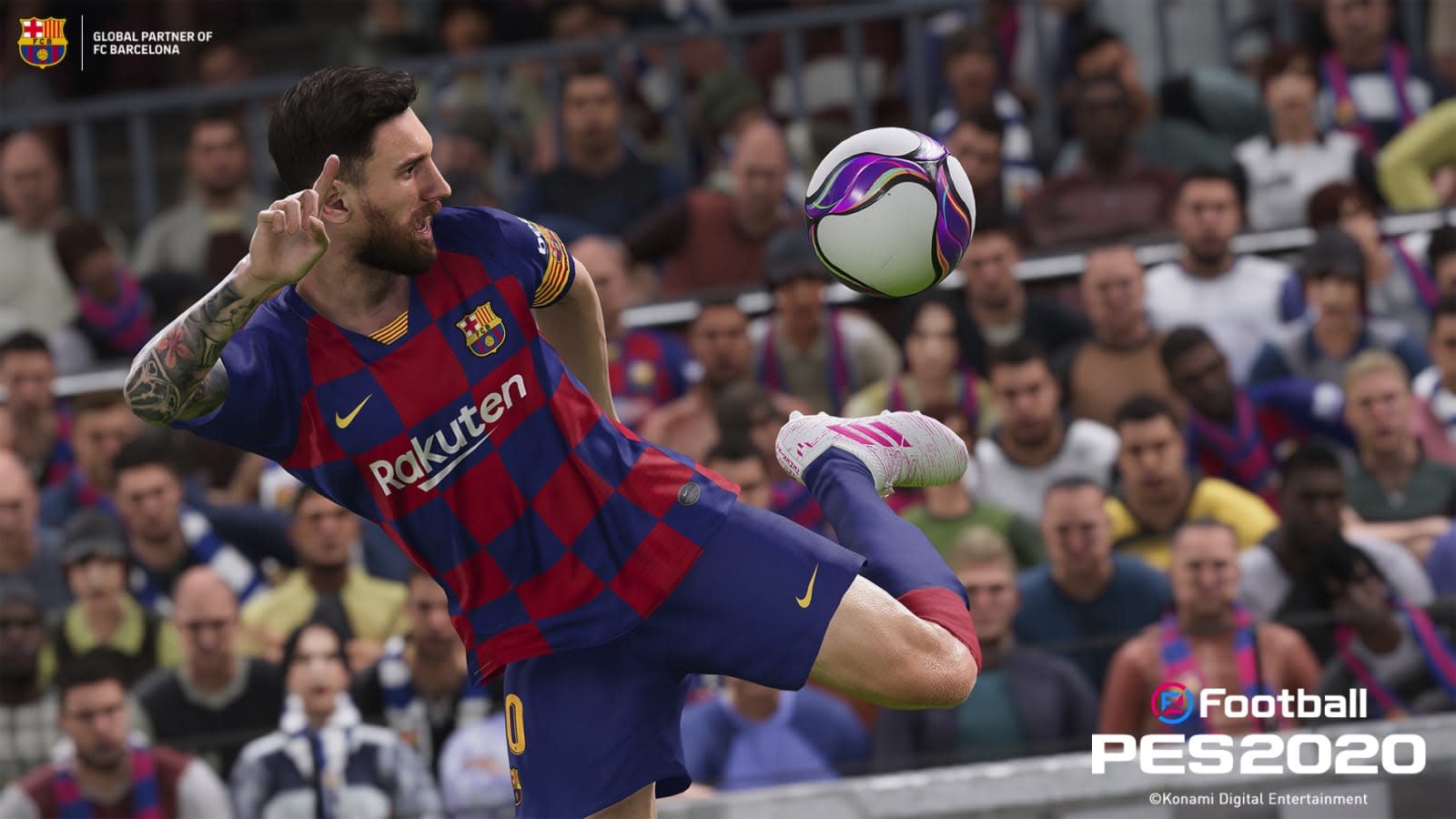 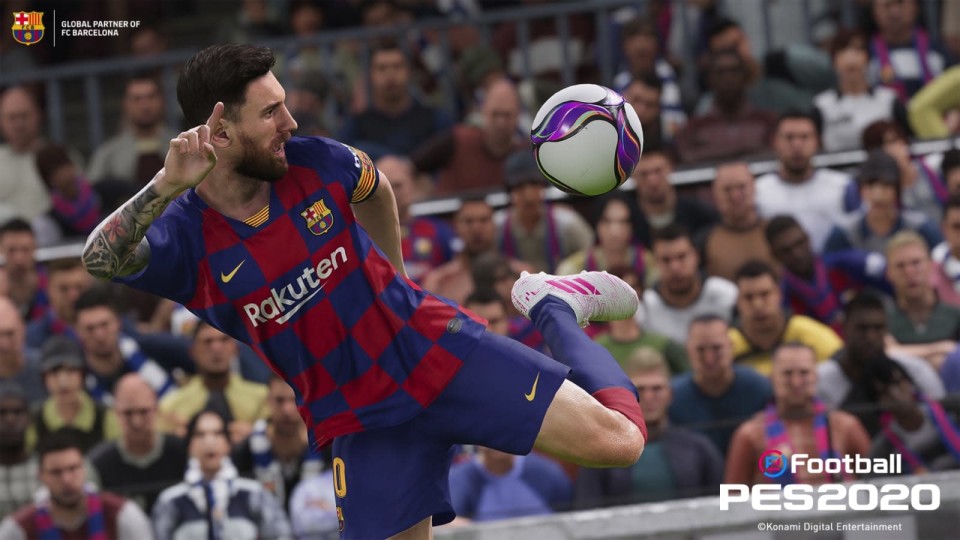 After Konami lost the UEFA Champions League licensing rights to EA Sports in 2018, I was quick to count out the future of the Pro Evolution Soccer franchise. That's because, for me, having that European club competition was the only thing keeping from playing FIFA almost exclusively -- even if I do find the PES gameplay more fluid and realistic at times. Thankfully for PES fans, though, Konami isn't drowning in its sorrows over losing the Champions League to FIFA. And this year, the company is moving forward with eFootball PES 2020, which doesn't only comes with a shiny new name but also plenty of exciting features.

For starters, Konami has finally listened to players' feedback and redesigned its entire menu system, making it more modern and easier to browse. If you've been playing PES for a while, you know how tedious and cumbersome the menus have been. Konami says it has enhanced its lighting engine, too, which will make stadiums, fans and players seem more realistic than ever before. The company says it spent a lot of time getting 3D scans of players, so that physical attributes like tattoos, hair and body movements better match those of players in the real world.

With additional animations, attack players can now push off defenders, while the grass on the field can appear longer or shorter depending on the stadium you play in. There are also new cameras that bring a broadcast feel to matches, which is part of Konami's effort to "beautify" the game.

Here at E3 2019, I got to play a couple of matches in eFootball PES 2020 and instantly realized how much the graphics have improved compared to PES 2019. I would go as far as to say they're on par with those from FIFA 20, which is usually the gold standard for soccer (er, football) games. Stadium's like FC Barcelona's Camp Nou just pop, thanks to visual that make it hard to figure it out if you're looking at a video game render or a TV broadcast.

As far as gameplay goes, it didn't take me long to notice the improved passing, shooting and one-touch controls, which Konami says now take into account more of the physics of the ball. And if you're a defender, you'll get new ways to go after attackers, including additional slide tackle animations, more ways to head the ball and, wait for it, an option to commit an intentional foul. The latter is going to come in handy when your only option is to foul an attacking player, but just be ready for a yellow or red card from the referee, since you'll be taking one for the team.

While I only played kick-off, Konami does have an all-new mode called "Matchday," which will link the game to the schedule from professional leagues and let you play with your favorite team during rivalries and other big matches. If you play with FC Barcelona and win, for instance, those points will be added to to the total from the online community who are also fans of the same time. The goal is to win as much as possible and help your favorite team be at the top of the standings.

eFootball PES 2020 seems like a fresh start for Konami, and that's a great sign for fans of the franchise. The game will be arriving on September 10th for PlayStation 4, Xbox One and Steam, with pre-orders available now. If you get the Standard Edition, you'll get Lionel Messi on the cover, while the Legends Edition (which is digital only) features Brazilian icon Ronaldinho, who's going to be a playable character in the game. 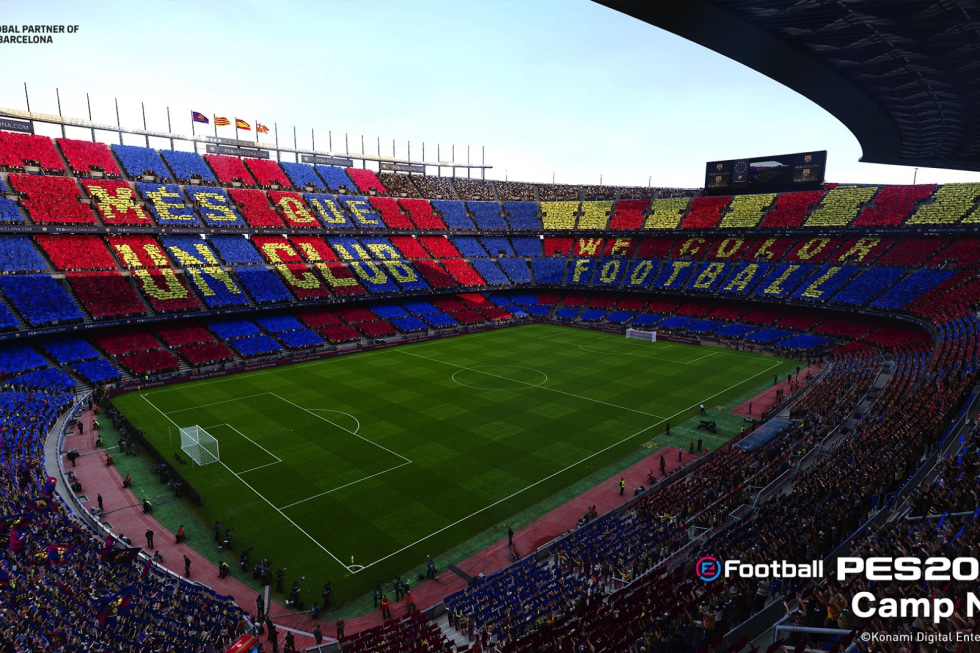 In this article: av, barcelona, e3, e32019, efootball pes 2020, entertainment, fc barcelona, football, gaming, gear, hands-on, konami, lionel messi, messi, pes, pes 2020, pro evolution soccer, pro evolution soccer 2020, soccer
All products recommended by Engadget are selected by our editorial team, independent of our parent company. Some of our stories include affiliate links. If you buy something through one of these links, we may earn an affiliate commission.