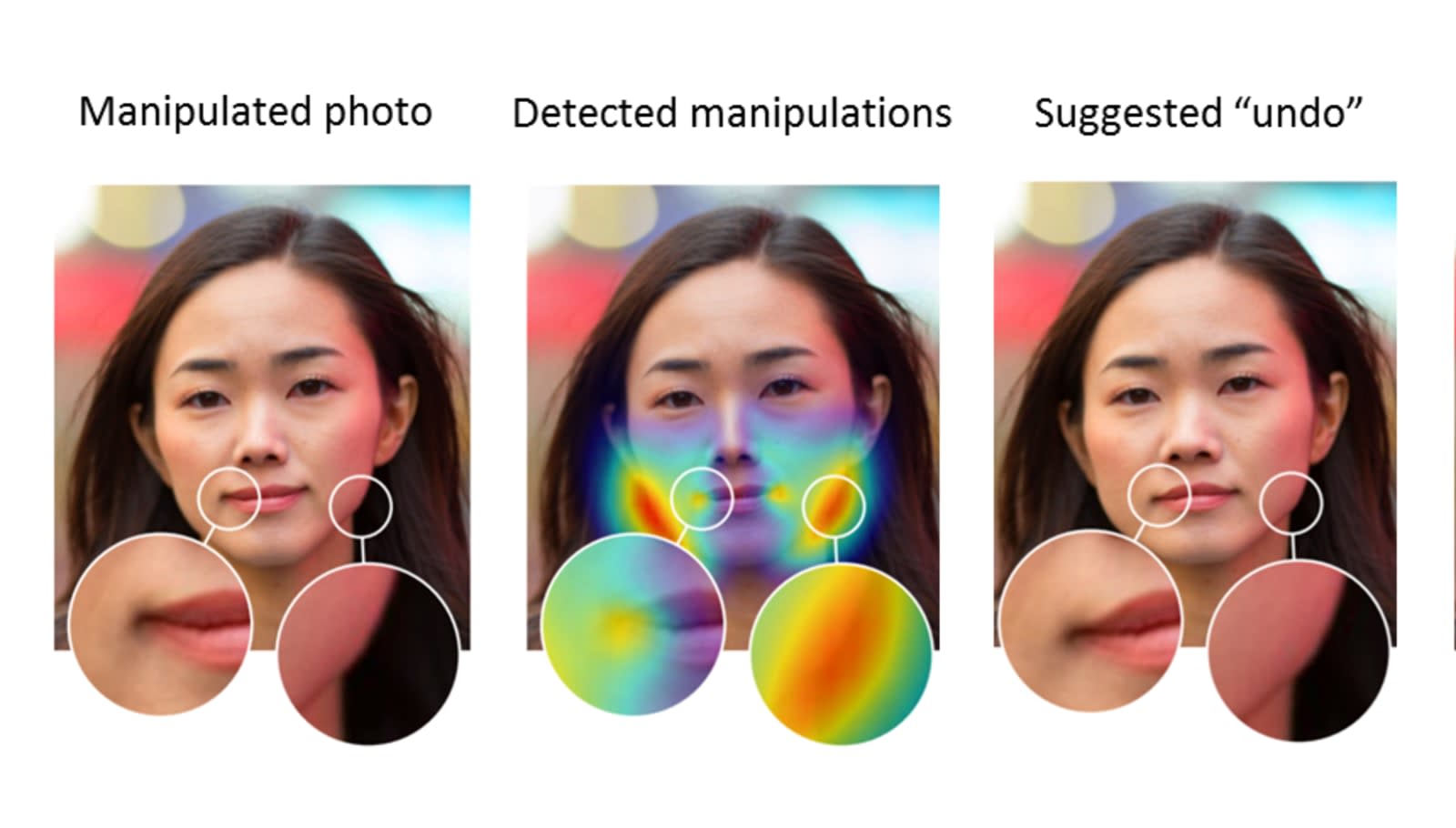 A team of Adobe and UC Berkeley researchers trained AI to detect facial manipulation in images edited with Adobe Photoshop. The researchers hope the tool will help restore trust in digital media at a time when deepfakes and fake faces are more common and more deceptive. It could also democratize image forensics, making it possible for more people to uncover image manipulation.

The team trained a convolutional neural network (CNN) to spot changes in images made with Photoshop's Face Away Liquify feature, which was designed to change people's eyes, mouth and other facial features. When put to the test, the neural network detected altered images up to 99 percent of the time. In comparison, people who saw the same photos only spotted the changes 53 percent of the time. The tool was also able to revert images to what it predicted was their original state.

This isn't the first time, Adobe has used AI to spot photoshopped images, but this work is specifically targeted at detecting facial manipulation. The company says the work is more pressing than ever. "We live in a world where it's becoming harder to trust the digital information we consume," said Adobe researcher Richard Zhang. And when it comes to spotting manipulated images and altered faces, Adobe says this is just the beginning.

In this article: adobe, ai, convolution neural network, deepfake, detection, face away liquify, faces, facial expressions, gear, image manipulation, internet, machine learning, photoshop, research, robots, security, tomorrow, tool, uc berkeley
All products recommended by Engadget are selected by our editorial team, independent of our parent company. Some of our stories include affiliate links. If you buy something through one of these links, we may earn an affiliate commission.