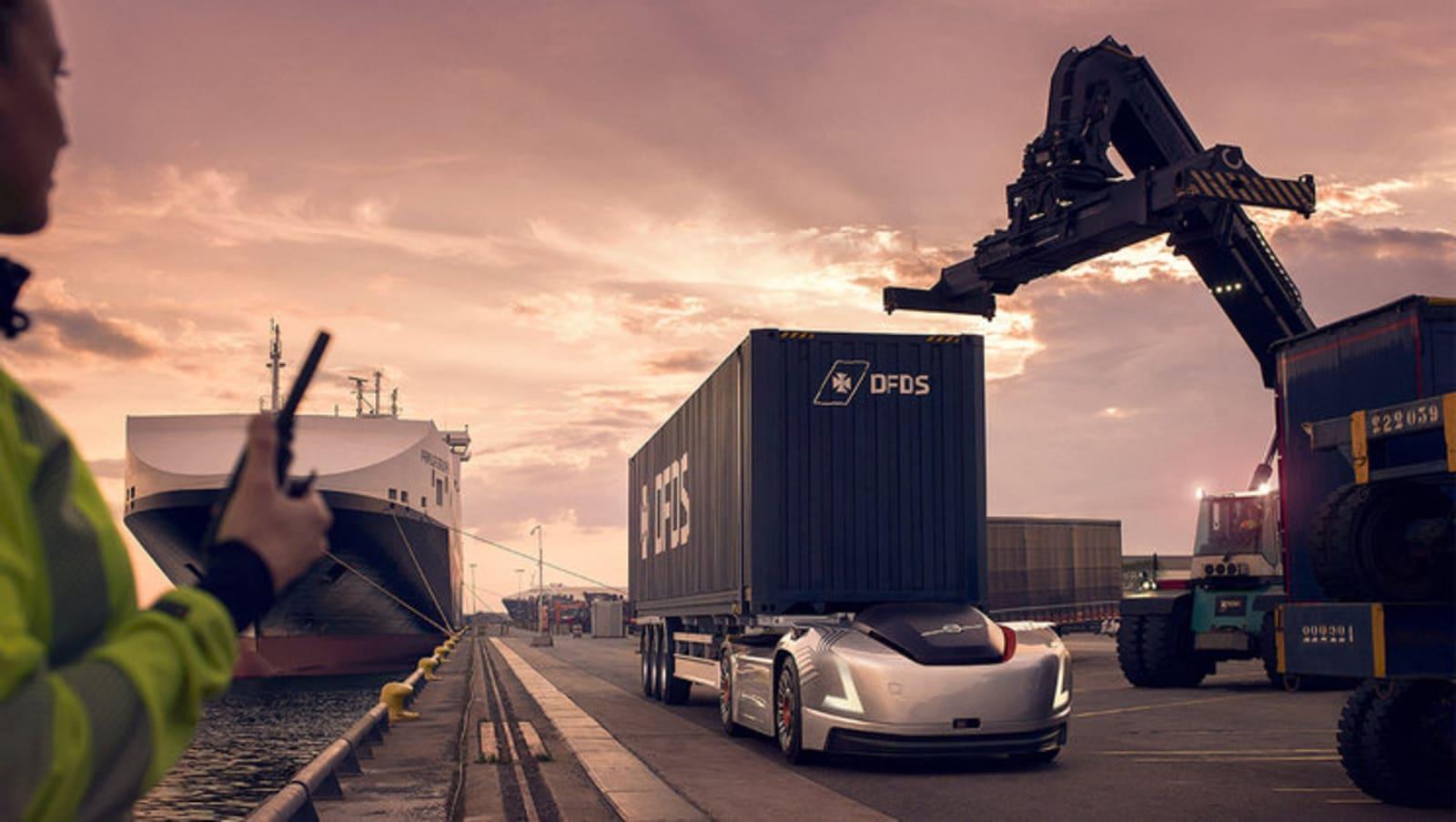 Volvo Trucks' autonomous vehicle Vera is ready to hit the road. In collaboration with ferry and logistics company DFDS, Vera will begin transporting goods between a logistics center and a port terminal in Gothenburg, Sweden. The vehicle will haul shipping containers along a predefined route, including a stretch of public roads.

Ultimately, Volvo hopes to have several autonomous vehicles traveling back and forth at once. They'll be monitored by a control tower and max out at 40 km/h. While Vera is suited for short distances, it will be able to transport large volumes, and Volvo hopes it will offer greater efficiency, flexibility and sustainability. "Autonomous transports with low noise levels and zero exhaust emissions have an important role to play in the future of logistics, and will benefit both business and society," said Mikael Karlsson, Volvo Trucks' vice president of autonomous solutions.

While this is an important step, don't expect to see Vera on streets near you any time soon. Large scale deployment will require further technology, safety, operations and infrastructure development. It's likely some of that will happen in Sweden, which has become a leader in autonomous vehicle testing. Last month, Einride's autonomous trucks began daily delivery tests on a public road in Jönköping, Sweden, and Engadget's Billy Steele test drove one of Einride's trucks from 1,200 miles away. With these trial runs, it's becoming more evident that autonomous trucks will play a role in the future of shipping.

In this article: autonomous, autonomous truck, gear, gothenburg, green, logistics, shipping, sustainability, sweden, tomorrow, transport, transportation, trucking, trucks, vera, volvo
All products recommended by Engadget are selected by our editorial team, independent of our parent company. Some of our stories include affiliate links. If you buy something through one of these links, we may earn an affiliate commission.