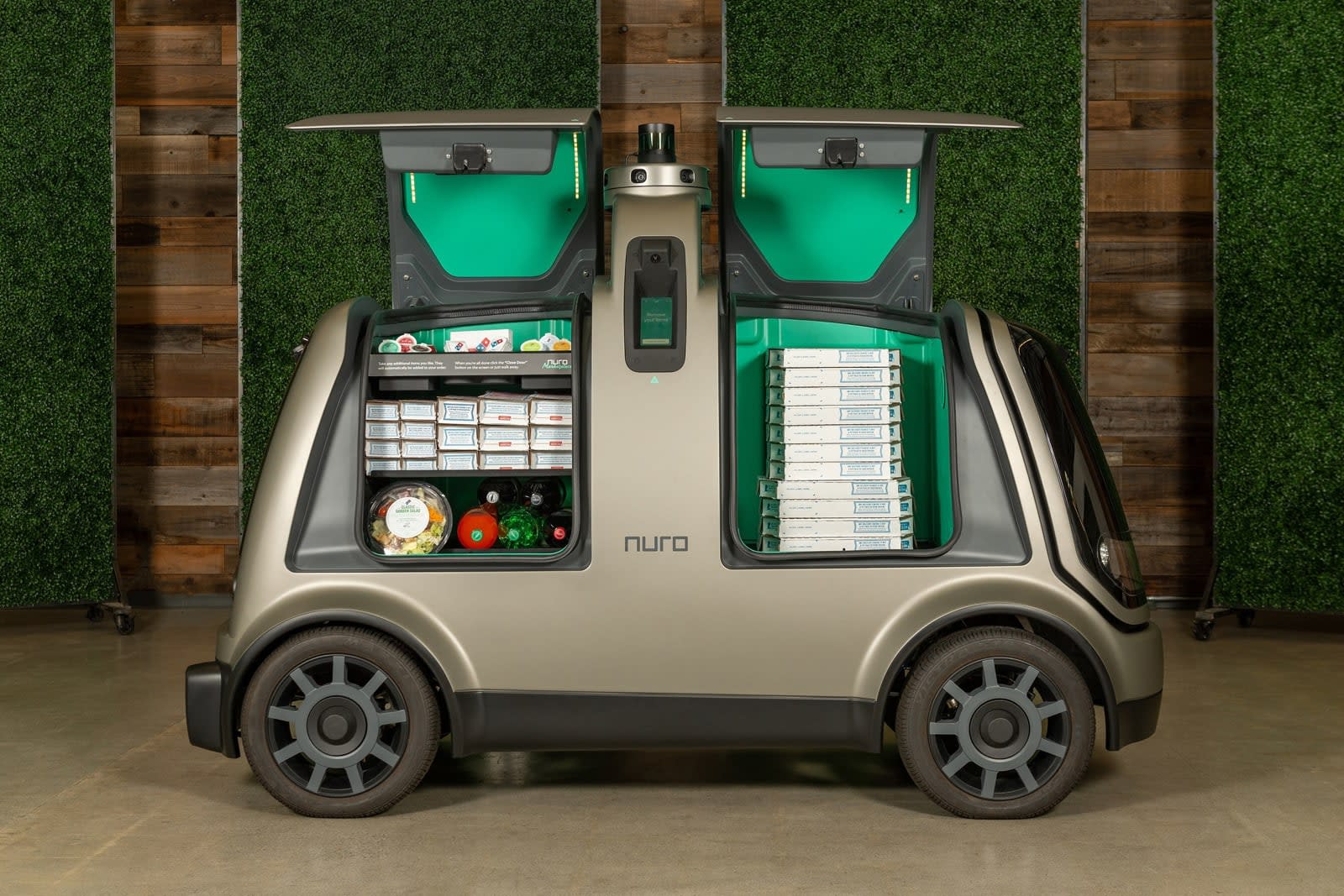 Domino's is determined to make autonomous pizza delivery a practical reality. The chain has unveiled plans to deliver pies to "select" Houston customers later in 2019 using Nuro's self-driving R2 vehicle. If you order online from a participating store and have a little bit of luck, you'll get the choice of a robotic courier -- pick that and you'll get a PIN code to unlock a compartment on the R2 and grab your meal. While this doesn't bode well for human delivery drivers, Domino's is betting that this could help stores deal with the crush of orders and bring your pizza on time.

This isn't a shocking move for Domino's. It's fond of technological solutions for ordering and delivering pizza, both for its own convenience as well as a selling point. For Nuro, though, it's something of a coup. The company's early driverless delivery projects have so far focused on groceries. Now, it's poised to deliver food for a major restaurant. You could see its vehicles roaming the streets far more often (where it's legal) if the Domino's team-up proves successful.

In this article: autonomous, delivery, dominos, dominos pizza, food, food and drink, food-and-drink, foodanddrink, gear, houston, nuro, pizza, r2, robots, self-driving
All products recommended by Engadget are selected by our editorial team, independent of our parent company. Some of our stories include affiliate links. If you buy something through one of these links, we may earn an affiliate commission.