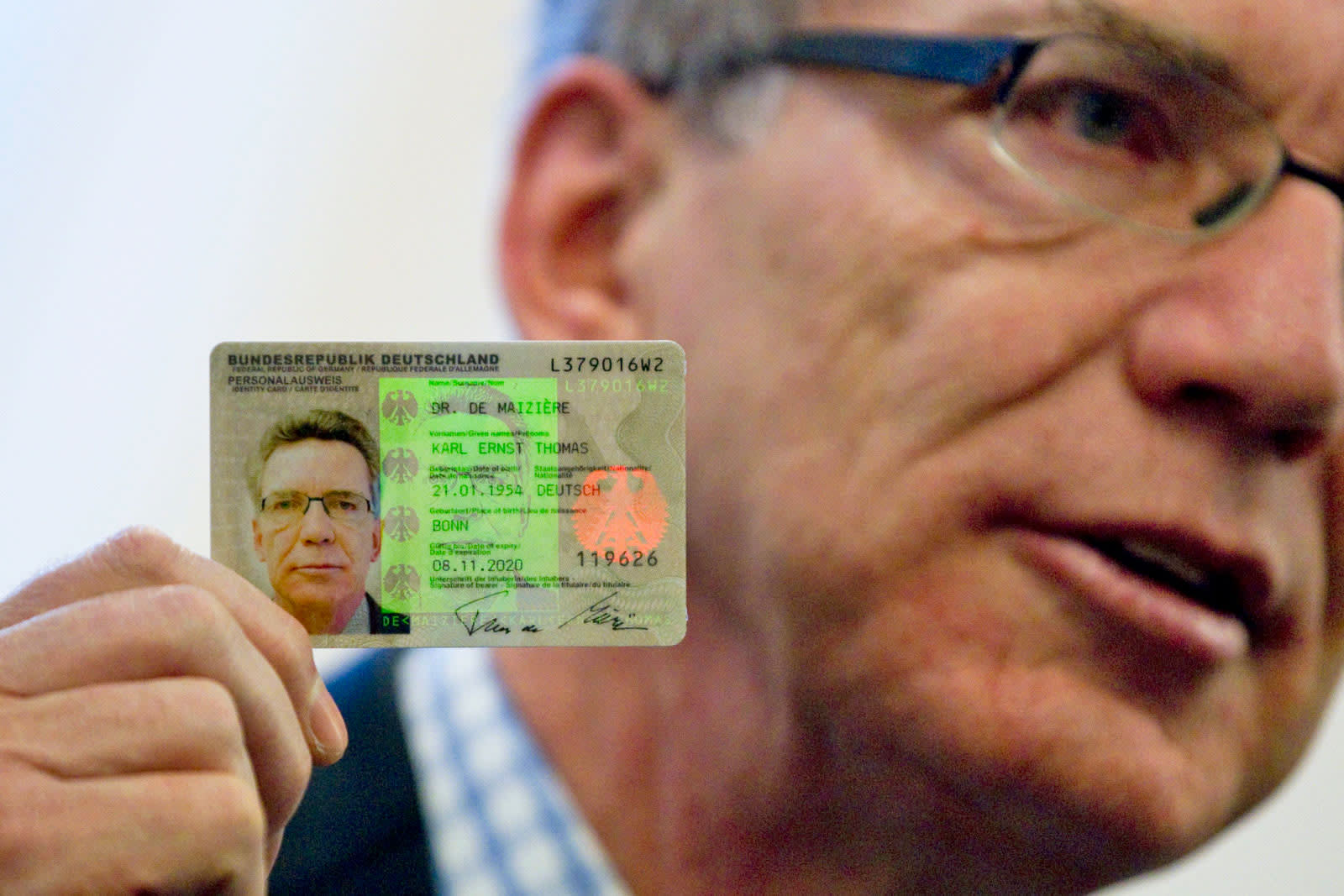 iOS 13's newly expanded NFC support will be useful for more than just hopping on the subway. Germany is taking advantage of the upcoming software's support for Apple-approved NFC identification documents to let residents scan their ID cards and use them both online and for check-ins at international airports. You'll need to wait for both the release of iOS 13 (likely in September) and the German government's AusweisApp2 to make everything work, but this might just save you the trouble of pulling out your wallet to prove who you are.

This isn't the first announced identification support, either. Japanese will also have the option of scanning their NFC-equipped identity cards, while the UK will use it to let EU citizens scan passports whether or not Brexit takes place.

This won't necessarily see widespread use. While the NFC system should be secure, Germany is well-known for being privacy-conscious -- people might not be comfortable with storing their ID cards on their iPhones, even if they're locked down tightly. You'll at least have the option, though, and this should be good news for iPhone owners around the world who'd like to use NFC for more than just shopping.

In this article: airport, app, apple, gear, germany, id, id card, identification, ios, ios 13, iphone, japan, mobile, nfc, uk
All products recommended by Engadget are selected by our editorial team, independent of our parent company. Some of our stories include affiliate links. If you buy something through one of these links, we may earn an affiliate commission.