The latest 'Fortnite' Nerf guns include a rocket launcher

Hasbro isn't done riding the Fortnite bandwagon now that its themed Nerf guns are here in earnest. The toy maker is launching five new blasters on September 1st, and they might scratch your itch if you're looking for either heavy firepower or something a little stealthier. For one, there's a $30 RL Blaster rocket launcher that represents a dart-based equivalent to the earlier Super Soaker design -- if you really, really have it in for someone, you can make that abundantly clear. Those who'd prefer a one-handed weapon can spring for the $15, HC-E Mega Blaster, which mimics the game's hand cannon (albeit with a single-shot capacity).

After that, it's all about extra-compact blasters. The MicroShots series now includes a tiny rendition of the player-carrying Battle Bus (below), not to mention shrunk-down versions of the AR-L assault rifle and HC-R hand cannon. They'll cost $10 apiece, making them both the most affordable options as well as a better value if you're more interested in mobility or stealth than pure foam-based intimidation. 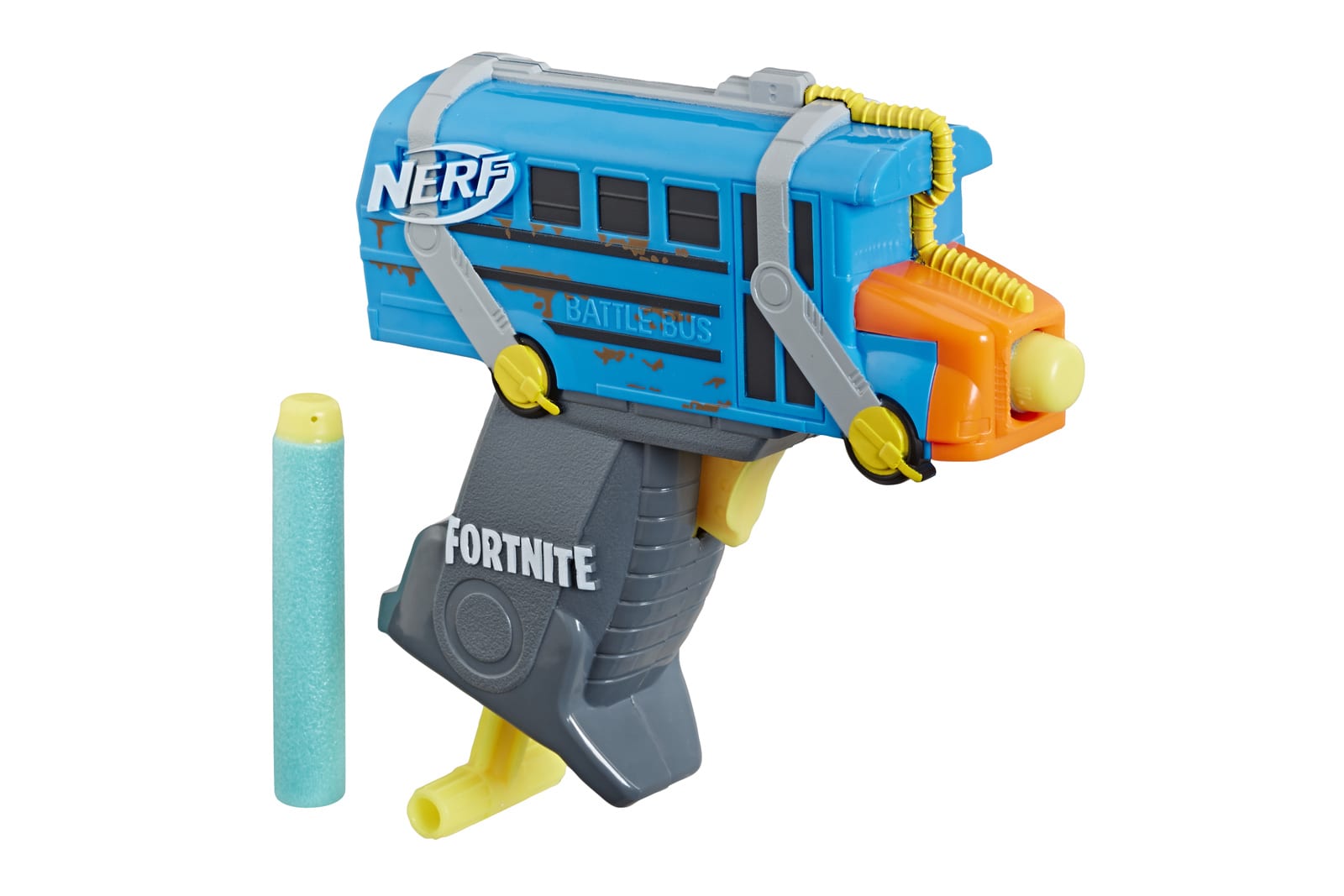