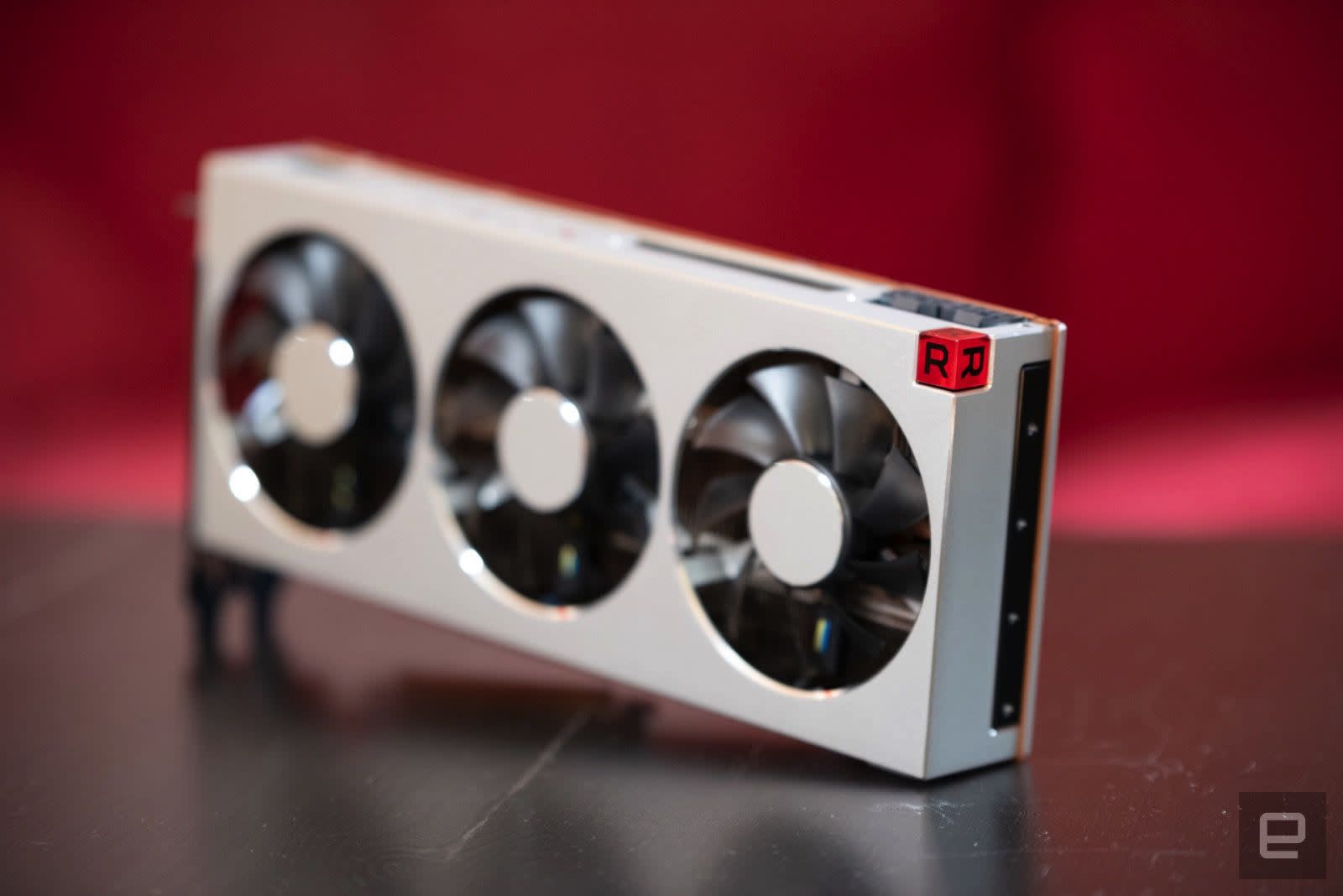 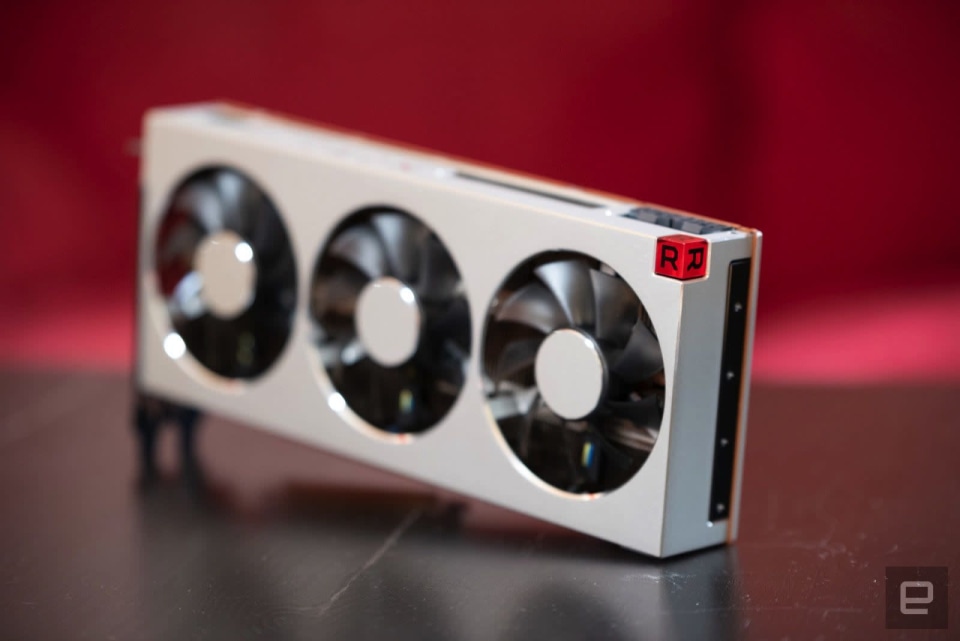 A cousin of AMD's Instinct M150 gaming card, the Radeon VII was released in February with an eyebrow-raising asking price of $699. In his review, Christopher Schodt commended the card's speed, 16GB of HBM2 memory and performance during graphics testing. The first card built on a 7nm manufacturing process, the Radeon VII was clearly intended to compete with NVIDIA's RTX 2080 and 2080 Ti. However, it wasn't always faster than those NVIDIA cards.

Last week we asked for user reviews of the RTX 2080 and 2080 Ti, so now here's your chance to weigh in on the competition. If you're an AMD fan, hop over to our product page for the Radeon VII and give us a break down of the card's strengths and weaknesses: Is the GPU fast enough for 4K gaming? Did you experience any stuttering? How does the card perform for content creation tasks like video effects? Include all the juicy details, and you may see your review included in an upcoming roundup!

Note: Comments are off for this post; please submit your thoughts on our AMD Radeon VII product page!

In this article: amd, av, calltoaction, gadgetry, gadgets, gaming, gear, personal computing, personalcomputing, thebuyersguide, UserReviews
All products recommended by Engadget are selected by our editorial team, independent of our parent company. Some of our stories include affiliate links. If you buy something through one of these links, we may earn an affiliate commission.
Share
Tweet
Share