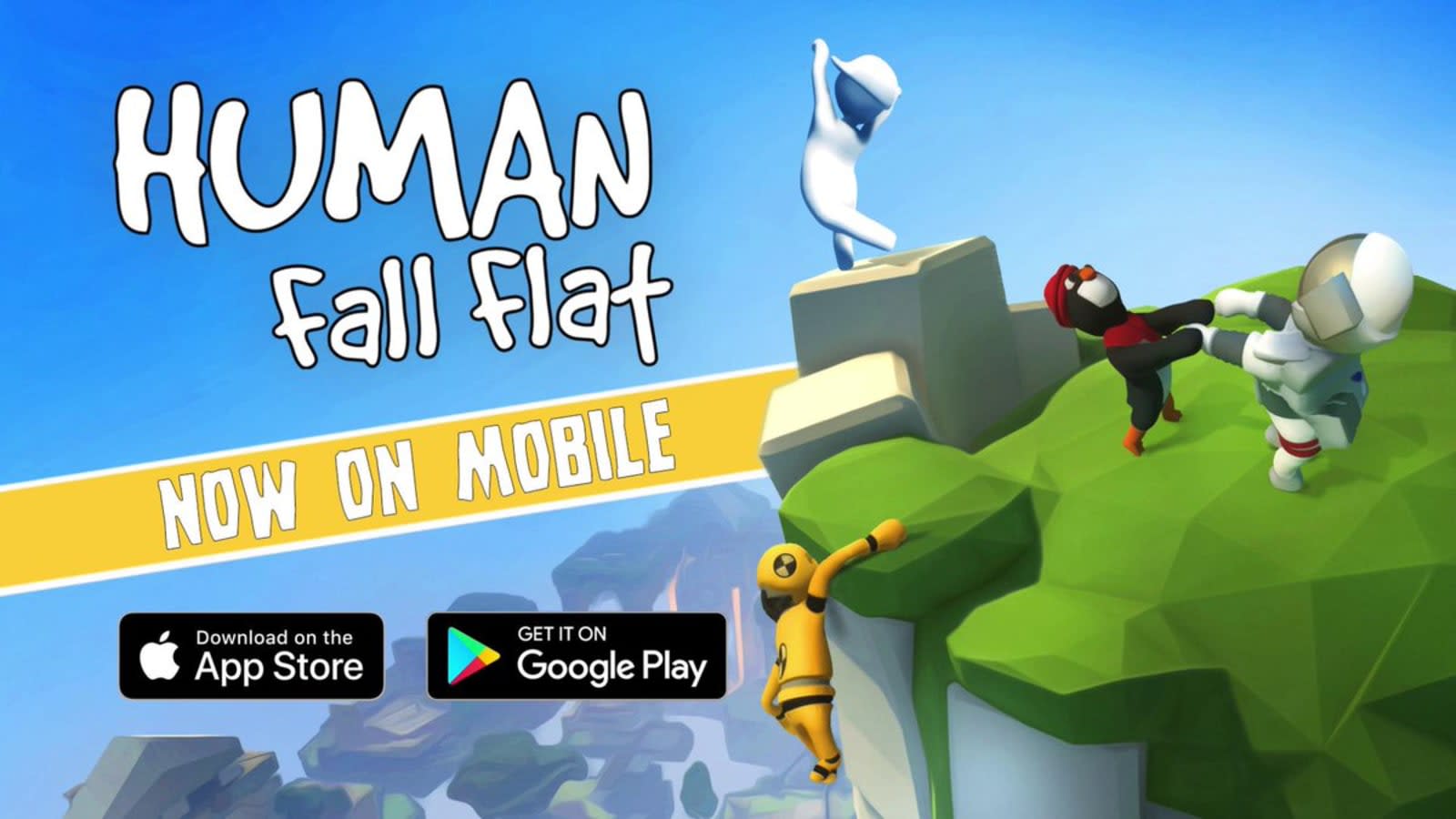 Human Fall Flat has proven a big hit on consoles and PC, with more than five million copies sold by last February as players hopped into No Brakes Games' hilarity-filled world. It emerged back then that a mobile port was on the way, and now we know you'll be able to play it on Android and iOS starting June 26th.

In Human Fall Flat, you take control of a malleable character named Bob, guiding him through a series of physics-based puzzles while his limbs wobble around. Online play adds to the chaos, as up to seven other players can join you to figure out how to traverse the platforms and/or just get in your way.

We're excited to announce that @HumanFallFlat mobile is coming to Android and iOS devices on the 26th of June 2019. Remember you can pre-register on the following links:

In this article: 505 games, 505games, android, android gaming, androidgaming, av, gaming, human fall flat, humanfallflat, ios, ios gaming, iosgaming, mobile, no brakes games, nobrakesgames
All products recommended by Engadget are selected by our editorial team, independent of our parent company. Some of our stories include affiliate links. If you buy something through one of these links, we may earn an affiliate commission.