McCormick's concept grill plays music based on what you're cooking

As someone who won't turn down an invite to a barbecue, the one thing missing in my life is a grill. That's the part about living in New York City that saddens me. So, when McCormick invited me to check out its new concept grill, the SUMR HITS 5000, you know I couldn't say no. Much to my disappointment, because the event was indoors, there wasn't any actual grilling involved. Still, it was a good opportunity to see the SUMR HITS 5000 in person, which features a built-in DJ station that can play music based on what you're cooking. The grill uses a mix of capacitive touch sensors, computer vision and machine learning to do this, and McCormick says it custom developed the hardware and software to show how to "combine the fun of music and act of grilling together."

There's no companion app involved here, so the SUMR HITS 5000 essentially decides when and what sounds to play as you're grilling. For example, there's a tray full of condiments -- McCormick-branded, of course -- built into the grill that has weight sensors. When you pick one of them up, the grill will play a sound to match it. If you get pepper or seasoning, you'll hear what sounds like you're shaking a powder. Not only that, but the SUMR HITS 5000 plays preset tunes and melodies every time you place an ingredient on the grill itself. That's where the capacitive touch sensors come in, while the computer vision (which is powered by a standard webcam) can detect hand motions. 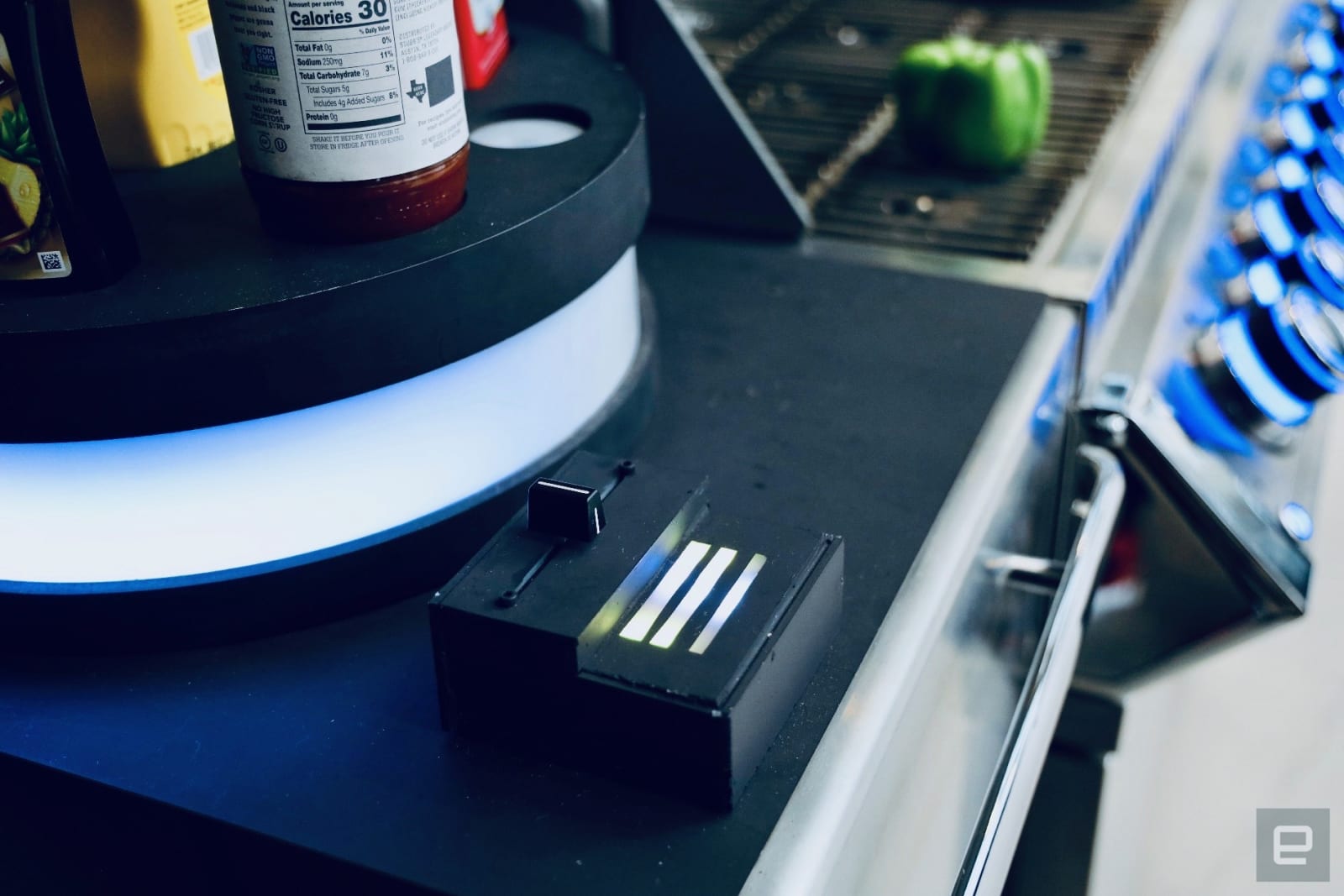 You won't find any built-in speakers, as the grill uses a 3.5mm audio jack to plug in for sound. And, despite its name, the SUMR HITS 5000 doesn't play any actual hits. All the sounds, music and melodies aren't anything you've heard before, but rather custom-made for the grill -- with help from the legendary DJ Jazzy Jeff. McCormick says it couldn't play songs you hear on the radio for copyright reasons, but there's nothing in the tech that would make it impossible to do. Since this is a concept, after all, you can imagine placing a bun, burger meat or vegetables on the grill and playing your favorite music based on that.

Unfortunately, if you think you would want one of these, the SUMR HITS 5000 won't be hitting stores anytime soon. McCormick says it just wanted to show people what a tech-laden, music-focused grill can look like. That's great and all, but it would've been nice to see the SUMR HITS 5000 actually cook some food.