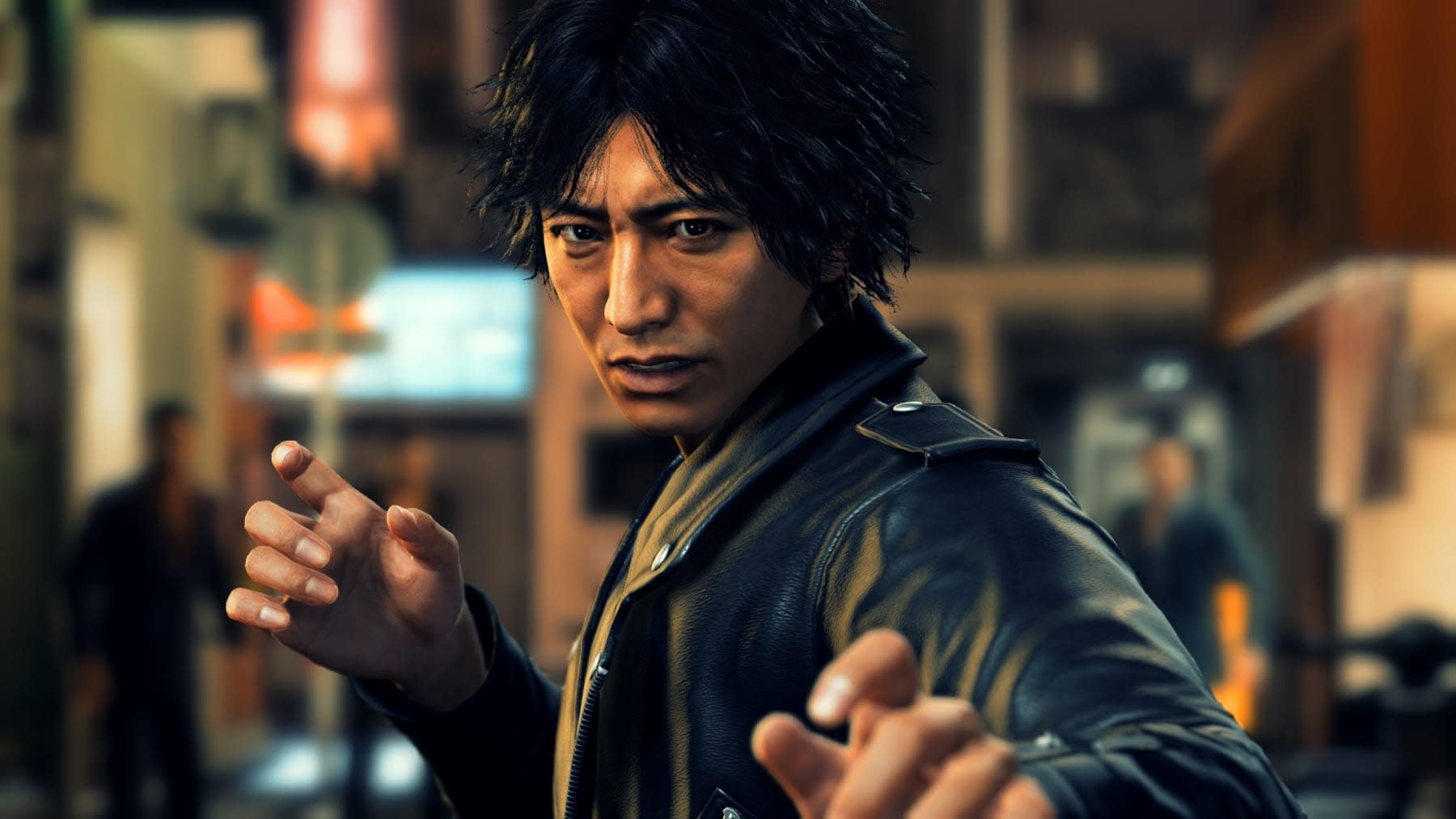 ‘Judgment’ is a sublime detective game for everyone

The studio behind the long-running Yakuza franchise has done it again.

Grizzly murders. A ridiculously smart hero haunted by his past. A shady group of individuals who will do anything, it seems, to cover up their terrible deeds. These are the hallmarks of a great detective story, and Judgment, the latest video game from Japanese developer Ryu ga Gotoku (RGG) Studio, has all of them.

Take the central hero, Takayuki Yagami. He used to be a lawyer with slick-back hair and a well-fitted suit. As an employee of the fictional Genda Law Firm, he successfully defended a man accused of murdering a hospital patient. Japan is famous for its 99.9 percent conviction rate, so Yagami's work both in and outside the courtroom was considered miraculous. But then disaster struck.

Players take control of Yagami roughly three years after the case. He's no longer a lawyer and works instead as a private investigator with his ex-Yakuza best friend, Kaito Masaharu. The private investigator, nicknamed Tak, works in white sneakers, skinny jeans and a leather jacket that wouldn't look out of place in a pop music video. He's perpetually broke and sleeps in his office, a poky room with a recorder player, pinball machine and sink full of dirty dishes. "Now my lawyer's badge is... just for decoration," he explains wistfully during the game's prologue.

Tak is a flawed but lovable hero. The kind that could star in a best-selling series of Scandinavian crime novels, or a HBO-made miniseries. He smokes, makes quips and will take almost any job that doesn't betray his deep-rooted sense of justice. He's a modern Sherlock Holmes voiced by Takuya Kimura, a well-known actor, singer and radio presenter in Japan.

And then there are the murders. Seemingly random Yakuza mobsters have started turning up with their eyes gouged out. It's a gruesome and, more importantly, intriguing calling card that Tak is forced to investigate. He calls his nemesis "the mole," an apparent assassin that claws at its enemies and then burrows back into the darkness.

He calls his nemesis 'the mole,' an apparent assassin that claws at its enemies and then burrows back into the darkness.

RGG Studio's long-running Yakuza game franchise has dabbled with mysteries and conspiracies. In those games, though, series protagonist Kiryu Kazama -- a martial arts expert with a heart of gold -- solves most problems with his fists. Judgment, admittedly, has plenty of bare-knuckle brawling, too. A surprising amount, actually, considering the game is a distinct spin-off with its own name and exuberant cast of characters.

The game balances these moments, though, with a fair amount of non-violent detective work. Tak will often tail suspects, for instance, to find a particular place or contact. You have to keep your distance and duck behind cover to ensure your target doesn't realize what's happening. Losing the target will also trigger a tense countdown timer that can only be dismissed by re-establishing line of sight. On the flip-side, suspects will occasionally flee and force Tak to give chase. These play out like an endless runner -- the detective sprints automatically and it's on you to avoid pedestrians and street clutter with perfectly timed Quick Time Events.

Piecing the mystery together requires some observational skills, too. The game will regularly shift into a first-person perspective and ask you to carefully inspect the environment. Find all the relevant clues -- a broken surveillance camera, for instance, or a phone that explains who the victim last called -- and the story will barrel forward once more.

You can, for the most part, turn your brain off and 'cheat' by methodically clicking on every part of the scene. At times, though, the game will pause and test your knowledge of both the story and Tak's current theories. During interviews, it will sometimes offer multiple questions or routes of inquiry and ask you to pick the ones that will extract the most information. Choose the best ones and you'll be rewarded with SP, a currency required to upgrade some of Tak's combat and detective skills. At decisive moments, the game will also challenge you to select the photograph or autopsy report that proves a particular hypothesis or how someone is connected to the case, in a similar fashion to L.A. Noire, Phoenix Wright and other detective titles.

You can bungle your way through -- Tak will merely apologize and explain that he meant to say or present something else. But it's obviously embarrassing and subtly encourages you to think through these decisions.

Toshihiro Nagoshi, a writer and director on Judgment, said it was tricky to know how expansive or difficult the detective work should be. "Because we wanted to make this a playable game for casual game players as well," he explained through an interpreter. "And wanted to [avoid] a situation where if things got too complex and too difficult to solve, that people would just stop playing and not be interested. So, that was kind of a challenge for the development team." 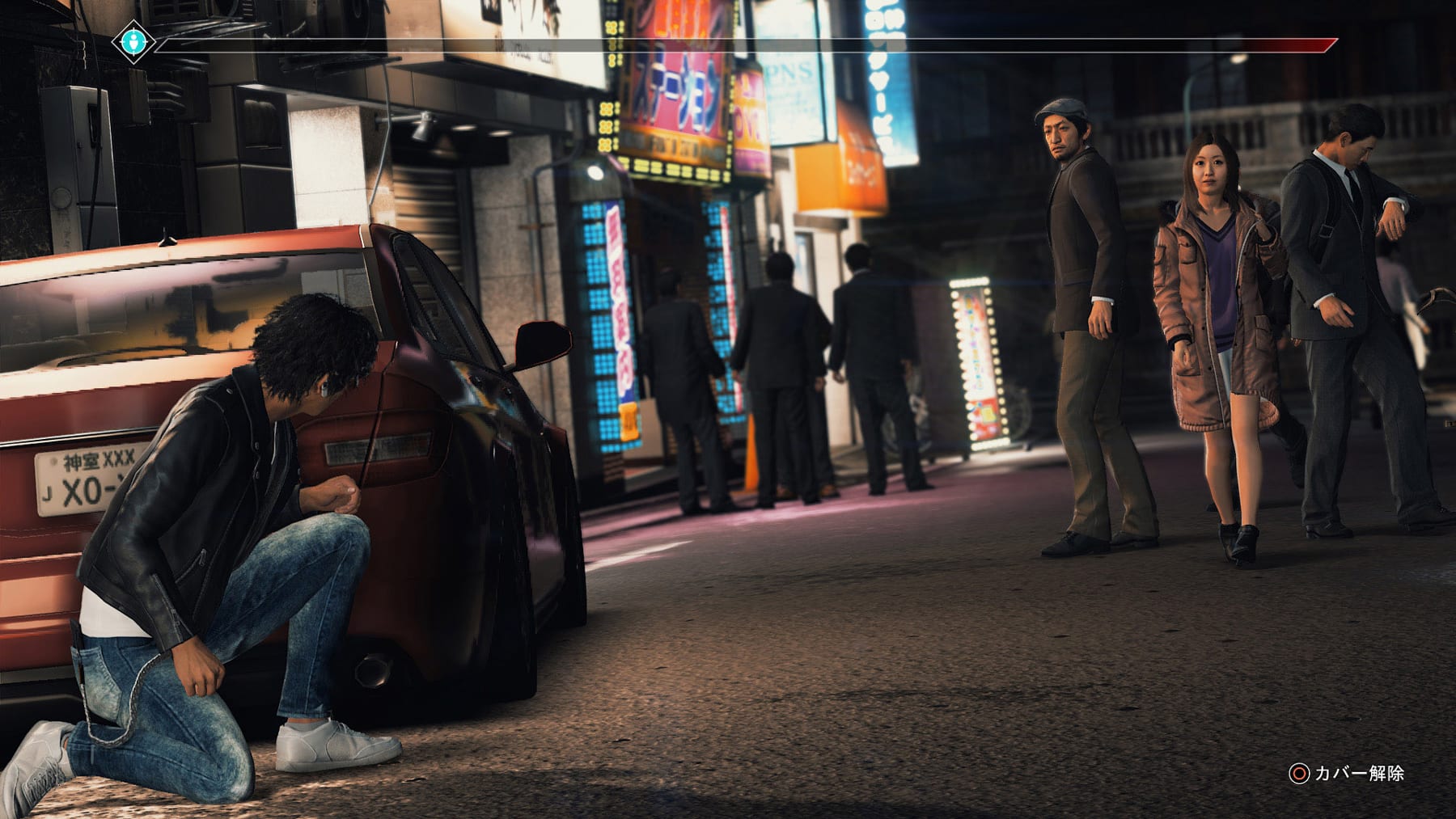 Unlike his former colleagues, Tak is happy to bend and break the law. He can pick locks, which are conveyed through mini games, and frequently uses disguises to sneak past Yakuza and meet whoever he needs to question. At one point in the game, Tak breaks a heater on the outside of a building owned by the cut-throat Kyorei clan. He then waits for the Yakuza to call a repair person, changes into a boiler suit and enters the premises while Kaito keeps the real technician busy on the street outside.

According to Nagoshi, some of these sequences have multiple solutions. "There's a certain building you have to get into, but all the doors and windows are closed," he explained. "So you have to get a ladder to climb all the way in and then you'll encounter a battle there. So you have to fight some people and finally get to your objective. But then, actually, if you had just gone through the building next door, there was a hallway that connected into that same building."

It even has a title sequence that looks and sounds like a blend of Naruto and True Detective.

The central mystery and how it unravels is brilliant. The game has 13 chapters that feel like chunky episodes or miniature story arcs of a blockbuster TV show. It even has a title sequence that looks and sounds like a blend of Naruto and True Detective (the theme song by Japanese rock band Alexandros is a banger, too.) Don't worry, I won't spoil the ending. I will say, though, that the tale has plenty of twists that are surprising, logical and satisfying. I never once felt that a reveal was cheap or introduced purely to shock.

The story was tricky to write. Unlike Yakuza 0, Judgment is set in the present day, and the characters have access to modern technology, including smartphones and the internet. "Because it's such a convenient time right now, it's very inconvenient to craft a mystery story," Nagoshi said. "Because it's so easy [for characters] to solve problems."

The writers hired a legal adviser, too, to ensure every sequence was realistic. "We had a part in the story where someone gets detained," Nagoshi said, "and five days later they come out. But then the legal advisor said, 'You know, they can't be detained for that long. They would be released much sooner.' So then we had to go in and change the whole storyline." The team also had to alter the game to reflect any laws that were passed or altered mid-development. "That kind of stuff was all taken into consideration," Nagoshi said. "And in hindsight it was like, well, we chose a really difficult genre to craft a story for. It was definitely a challenge."

Judgment does, occasionally, take a break from the mole murders and explore some secondary characters. These often feel like filler episodes and vary wildly in quality, however. Kaito's expulsion from the Matsugane family, for instance, is a welcome breather, while tailing a woman with a mysterious career is dull. Judgment, like its Yakuza predecessors, is also packed with optional side-stories that are both zany and heartwarming. "We want players to feel like there's more to this world because a city is full of people with different perspectives and different personalities," Nagoshi said. "It's not just the main character. So that's what we want players to feel as they're going on these side stories."

The excellent story takes place in Kamurocho, a modern-day metropolis based on the Kabukichō district in Shinjuku, Tokyo. It's littered with bars, host and hostess clubs, underground casinos and narrow back streets that give every scene a dirty, corrupt and somehow intoxicating feel. You truly believe that it's a world governed by a chaotic blend of Yakuza, police and peaceful civilians just trying to get by.

The Yakuza franchise takes place in Kamurocho, too. Its streets will be familiar, therefore, to anyone that has played the last six-or-so games by RGG Studio. Still, the district has a grittier, bleaker look to reflect and compliment its hard-boiled detective drama. "[The game] has more of a suspenseful theme than the Yakuza series that showed Kamurocho," Nagoshi said. "And that affected the way that we colored and created this different mood for Kamurocho. So it's a little bit darker. There's more contrast there, in the colors and things like that. So that's one main difference. It looks a little bit darker."

Judgment does introduce some new locales, including a cutting-edge medical facility called the ADDC (Advanced Drug Development Center). You also visit plenty of courtrooms and detention centers through interactive cinematics.

Judgment leans too heavily on its Yakuza roots sometimes.

At its best, Judgment feels like the Marvel Defenders game I've always dreamed of. The courtroom antics of Daredevil mixed with the detective work of Jessica Jones, the back-flipping combat of Iron Fist and the community-first heroics of Luke Cage.

There's a slight imbalance, though, with those elements. Judgment leans too heavily on its Yakuza roots, sometimes, with battles that take place across multiple floors of a building. Roundhouse-kicking your way through enemies is a thrill, but sometimes the seemingly endless waves of enemies can be a pain. Toward the end of the game, I also grew tired of the near-constant street battles that erupt while you're wandering through the city. You can run away from these thugs, but weaving around them can be tiring when you're hooked on the story and just want to see what happens next. 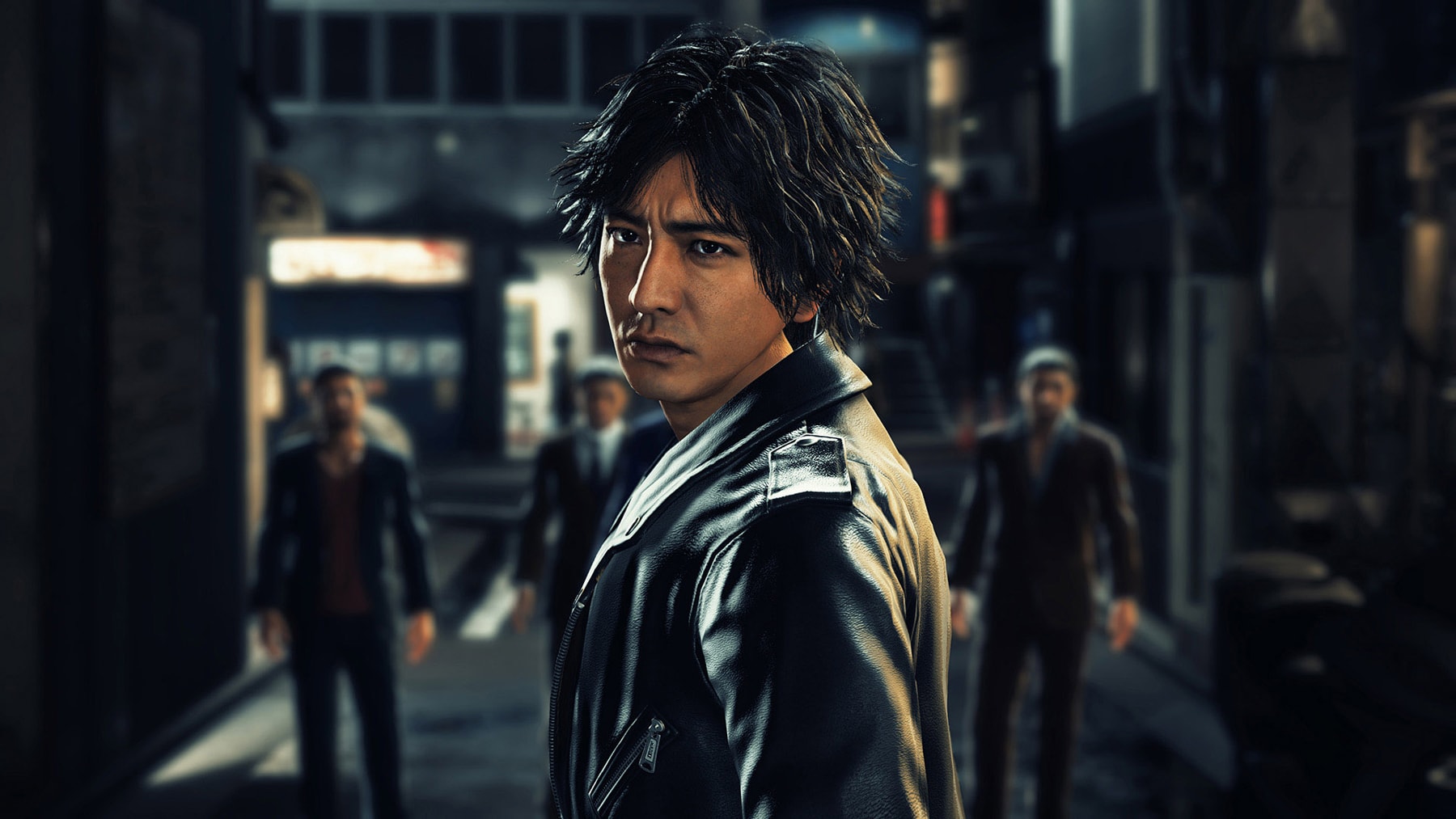 Nevertheless, Judgment is an excellent game for anyone that has never touched the Yakuza franchise. It has a fresh, endearing cast of characters and a story that requires zero past knowledge. The sleuthing, while simple, makes the game approachable for people who spend most of their spare time watching or reading detective stories. Judgment even has a Simple mode that effectively automates the combat. On Normal and Hard, of course, you'll need dexterity and strategy to power through some of the bosses and reach the end credits. But if you want a casual experience that's closer to Until Dawn or Detroit: Become Human, the option is there.

Judgment isn't a grand departure from the classic Yakuza formula. You're still beating up street thugs and, at times, defying some seemingly impossible odds with the strength and vigor of Captain America. The story the game presents, though, is of a caliber usually reserved for prestige TV (heck, I'm sure someone will stitch the cutscenes together into a terrific YouTube movie). It's perfectly paced and, in my opinion, can be appreciated by anyone. Coupled with some excellent vocal performances -- both in the Japanese original and English localization -- this 20-ish hour adventure ranks among the best narrative experiences on the PS4.