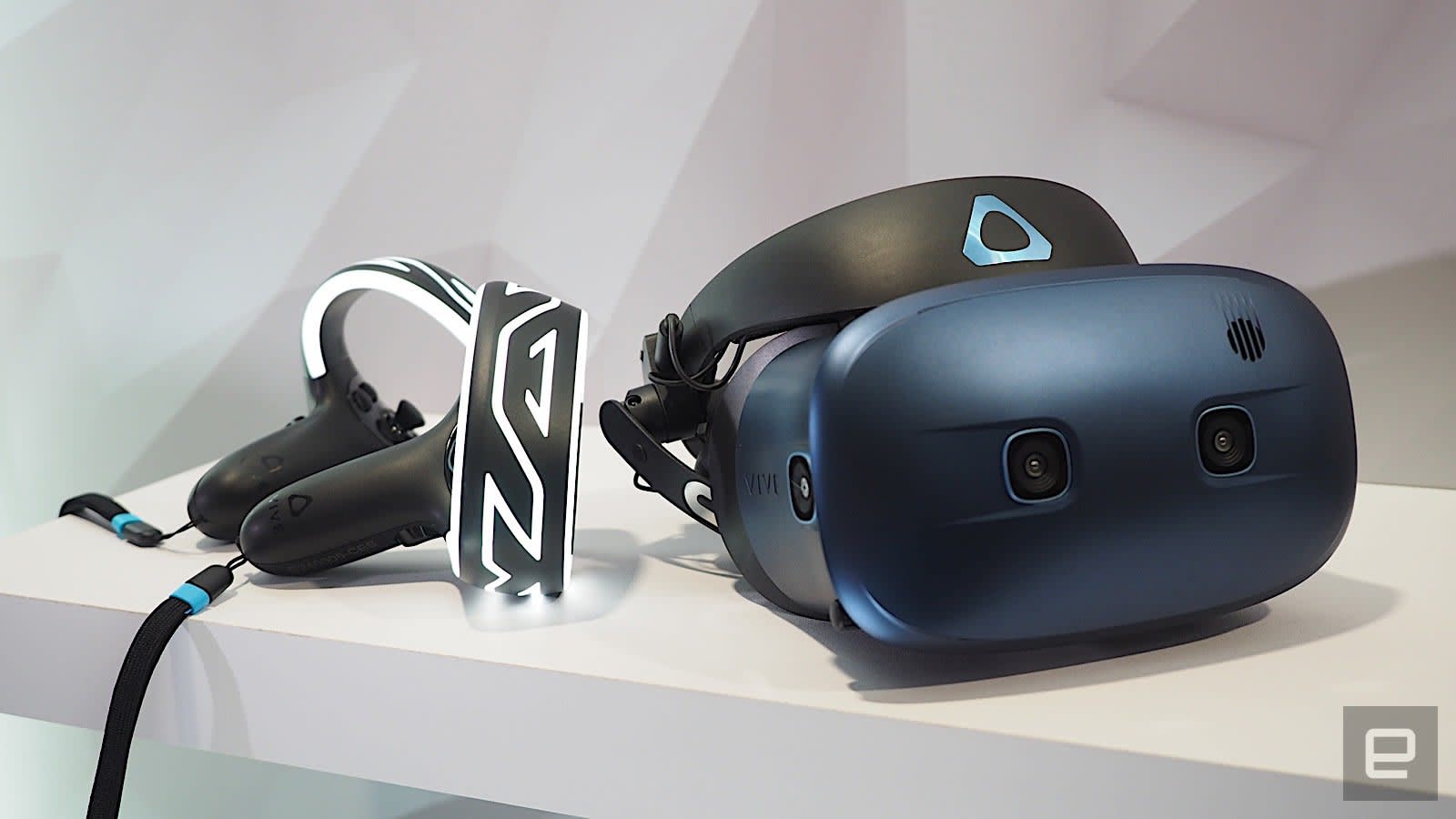 HTC revealed back in January that its forthcoming VR headset, the Vive Cosmos, will be designed with comfort and accessibility in mind. Now, the company has unveiled a few more details about the device. Major features include a vented front design, to help users stay cool, and a flip-up design, which allows users to step out of VR without having to remove the headset.

#HTCVIVECOSMOS combines optimal clarity and resolution to serve as the visual gateway to your virtual worlds. In addition, we'll be sharing more details on design & ergonomics this week. #HTCVIVE #VIVEPORT pic.twitter.com/CBVkPbAkEg

Ease-of-use aspects aside, the headset also comes with six cameras for a quality inside-out tracking experience, including smooth controls and room-scale experiences, and a modular face plate, which can be swapped out for different VR needs in the future. And it boasts the most impressive Vive resolution yet, with an LCD display and 2,880 x 1,700 combined resolution -- a whopping 88 percent increase over the original Vive and a marginal increase of 100 vertical pixels over the Vive Pro, and still higher than the major competition. The Oculus Rift S comes with a resolution of 2,560 x 1,440.

No word yet on pricing or availability -- HTC has been pretty secretive about the Cosmos since it was unveiled at CES earlier this year. But, looking at the specs and design details we've been given so far, it's likely it will be a major player in the VR field when it eventually rolls out.

In this article: av, Cosmos, gear, headset, HTC, Vive, VR, wearables
All products recommended by Engadget are selected by our editorial team, independent of our parent company. Some of our stories include affiliate links. If you buy something through one of these links, we may earn an affiliate commission.