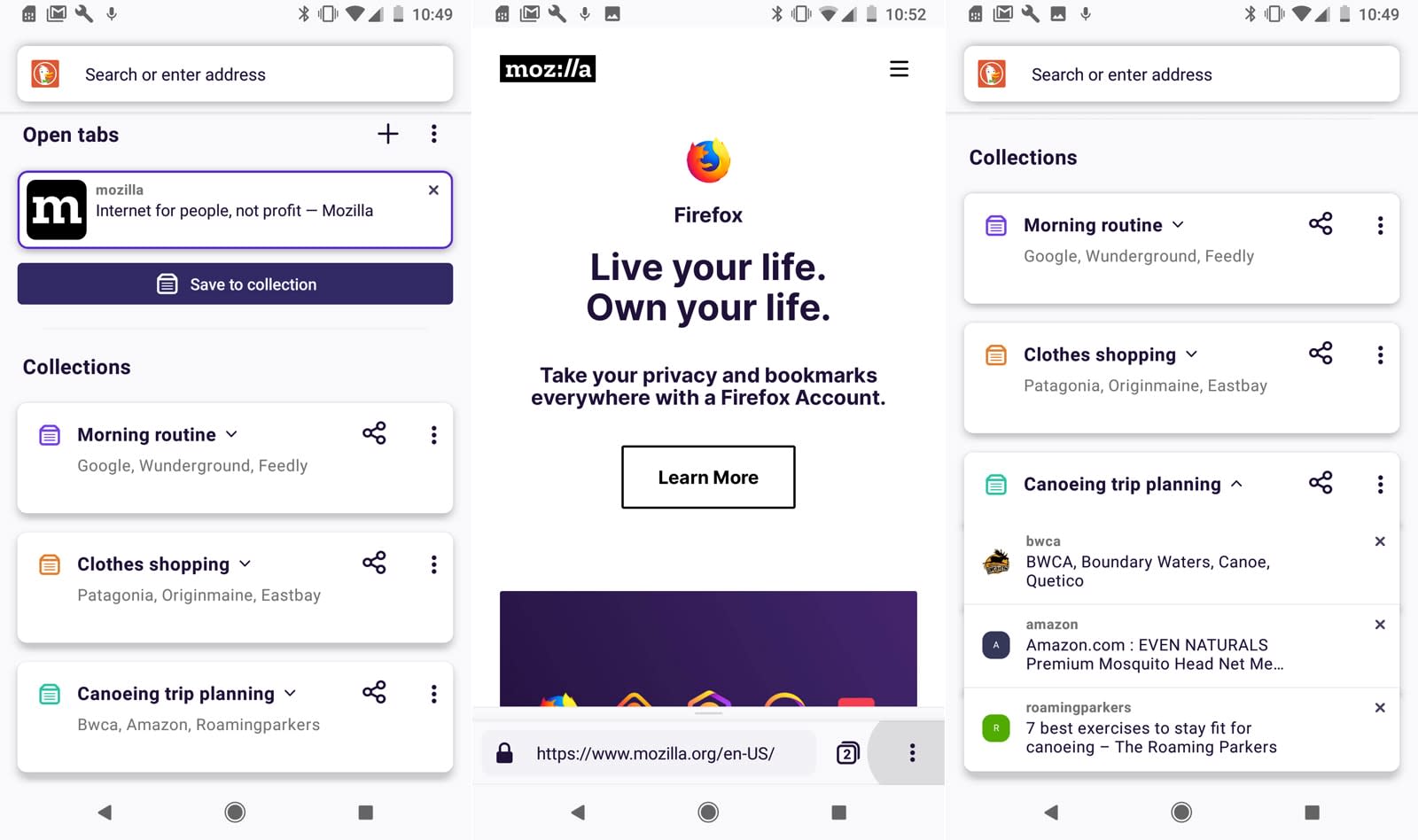 Mozilla will no longer force you to choose between the privacy-first design of Firefox Focus and its full-featured regular browser... at least, if you're using Android. It's releasing a Firefox Preview for the platform that's "more like" Focus, but still offers the kinds of features you'd expect from a standard version of Firefox. Tracking protection is still on by default, and you'll still have a minimalist address bar, but you'll have everyday features that include Collections, a way to quickly visit a group of sites whether it's your morning routine or your shopping plans.

However, the big deal may be what you can't see. Preview is running on the same GeckoView engine that underlies Focus, delivering up to twice the speed of regular Firefox -- Mozilla likens the effect to Quantum on the desktop. The company is also keen to tout the independence GeckoView offers. It can deliver high speed without borrowing Google's Blink like many other Android browsers.

The warns that this is an "early version" that doesn't reflect exactly what you'll get when the finished version appears in the fall. And like it or not, the GeckoView tech won't translate to iOS since developers have to use WebKit on Apple's platform. It's still a significant shift, though, and it might give you a reason to use Firefox if you were hoping for a more conspicuous improvement in privacy over rival browsers like Chrome.

In this article: android, app, browser, firefox, firefox preview, gear, internet, mobile, mozilla, privacy, smartphone, web
All products recommended by Engadget are selected by our editorial team, independent of our parent company. Some of our stories include affiliate links. If you buy something through one of these links, we may earn an affiliate commission.